What if MS Dhoni captained RCB and Virat Kohli led CSK in the IPL?

In the last few years, ever since the sun starting setting slowly on MS Dhoni’s career, Virat Kohli’s ability to lead the team has been under immense scrutiny. The transition of leadership styles was not so difficult for the players to adapt (stats say so), but a major section of the fans found it difficult […]
By Anuraag Peesara Fri, 10 Apr 2020 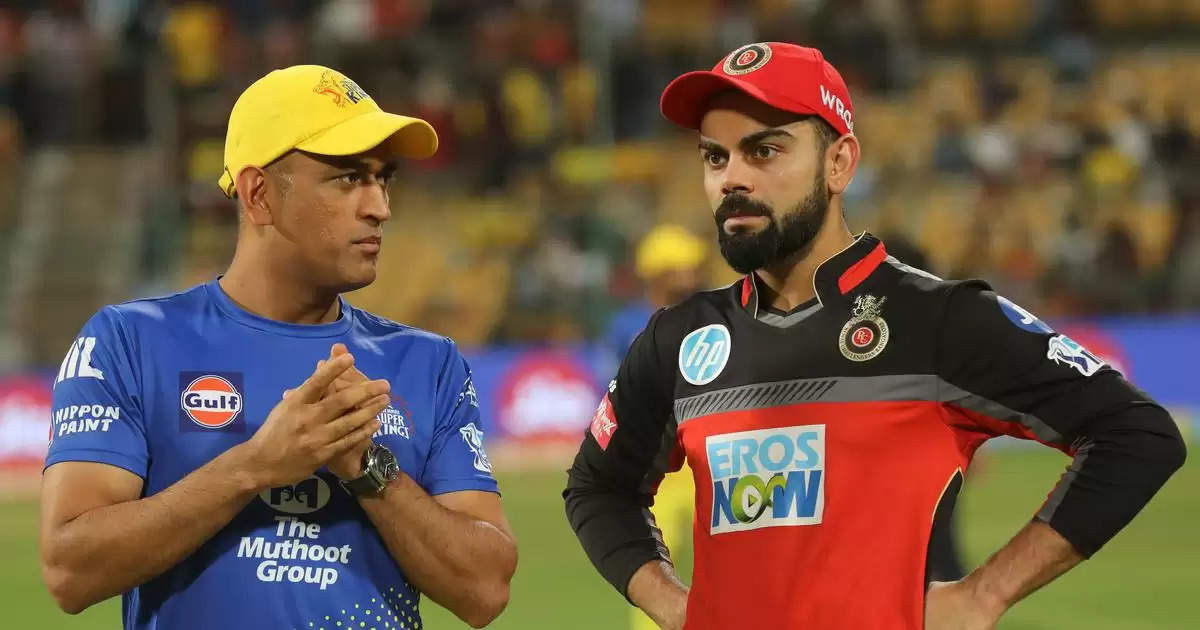 In the last few years, ever since the sun starting setting slowly on MS Dhoni’s career, Virat Kohli’s ability to lead the team has been under immense scrutiny. The transition of leadership styles was not so difficult for the players to adapt (stats say so), but a major section of the fans found it difficult to see their captain as brash and animated, unlike the wicket-keeper.

Indian cricket lovers got so used to MS Dhoni’s cool and romantic approach to leadership that Kohli’s aggression was a bit too much to take. Contrary to the never-ending criticism on his captaincy, he got better as a player with the added responsibility and the team’s overall performances have not taken any massive dents.

MS Dhoni, without a doubt, has done a better job as a captain, especially in the IPL. His captaincy record in 11 seasons (10 seasons with CSK and one season with RPS) appears like this – 11 play-off qualifications, 8 appearances in the finals and 3 trophies. That is as glorious as it can get in terms of consistency.

Virat Kohli, however, hasn’t enjoyed half of that success. He captained the side for the first time when Daniel Vettori, RCB’s captain in 2012, stepped down for a few games to accommodate Muttiah Muralitharan in the playing XI. They’ve reached the playoffs just twice, also finishing bottom of the table in 2017 and 2019.

Have you ever wondered how fortune would’ve fraternized with these two sides if Kohli had captained Chennai Super Kings and MS Dhoni marshalled the Royal Challengers? Well, that prediction would be pretty interesting and different from person-to-person. Here’s my take on how things could’ve panned out in this scenario.

Captain Cool in-charge at the Chinnaswamy

Let’s take a look at some of the mistakes Royal Challengers Bangalore have done over the past five or six seasons. It would be wrong on my part to question certain aspects despite not being there to witness, but the doubts raised are fairly obvious and would strike any rational mind. I’ve always felt Bangalore was one place most players found it difficult to adapt to, especially the bowlers.

The home track at Chinnaswamy at one point was so flat, any score under 170 would seem below par. This was added burden not just on the bowlers but on the batsmen as well. Did RCB ever have players who could potentially have an answer to batsmen going berserk while the pitch keeps showing you a cold-shoulder? Maybe they did, but they were not good enough. Their investment in bowlers leads the charts of reasons behind their failure. 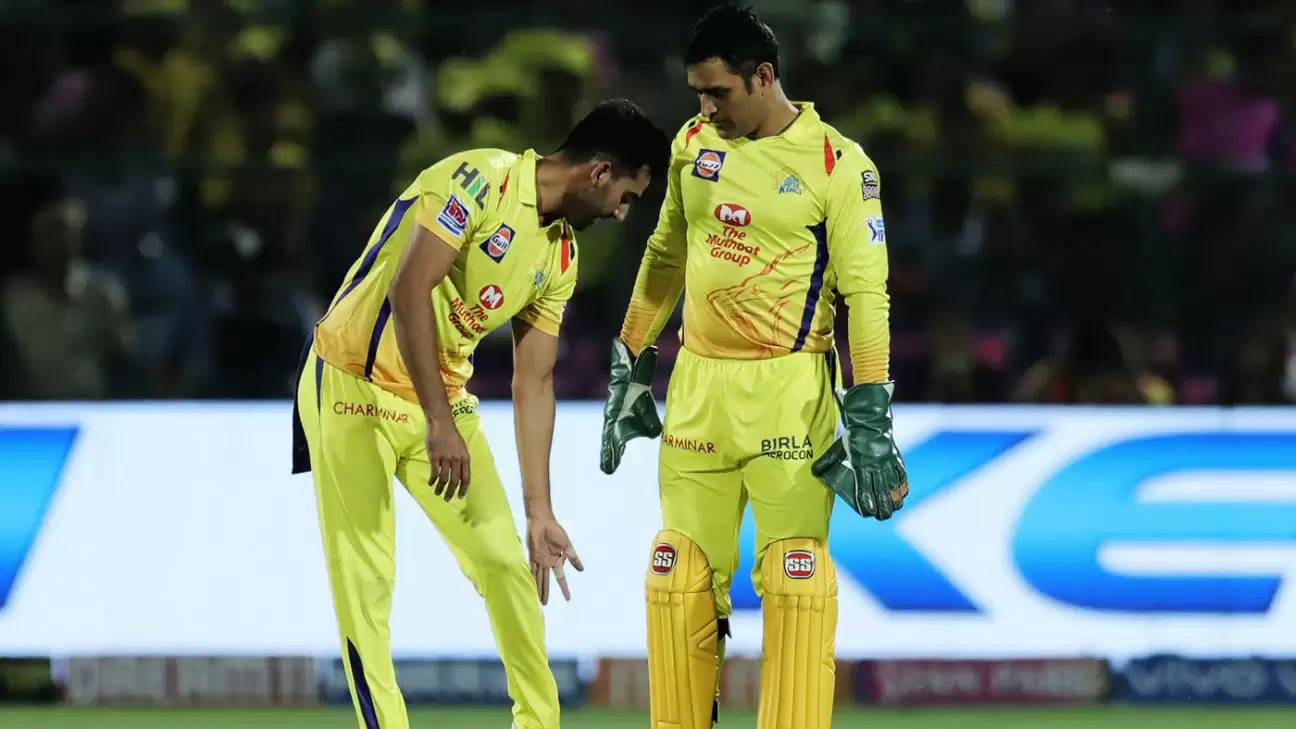 MS Dhoni, in RCB, would’ve gone for some experienced or even retired batsmen in the IPL, who are specialists in the format, as they won’t cost much. He’d ask his team to clear up funds for great signings in the bowling unit.

They picked up some inconsistent speedsters regularly – Adam Milne, Ravi Rampaul, Tim Southee, Tymal Mills, and Sean Abbott, just to name a few – who weren’t good enough to take the lead role as a bowler in that graveyard of a pitch.

It’s the inexperience in their bowling attack that lost them a golden opportunity to win the title in 2016 when they had momentum on their side before the final against Sunrisers Hyderabad. As it turned out, David Warner’s men spanked 208 runs batting first, and although Bangalore started well, the target was just way too steep.

MS Dhoni, going by past experiences from his career, I believe would’ve addressed this issue first in the IPL for RCB. All that stuff people keep talking about, the winning mentality, knockout phobia, it all makes very little sense. The only reason RCB could never win a title was because of their bowling units, who ended up discouraging their batsmen many a number of times.

MS Dhoni would’ve gone for some experienced or even retired batsmen, who are specialists in the format, as they won’t cost much. He’d ask his team to clear up funds for marquee signings in the bowling unit and knowing one thing about Dhoni, he persists with his signings. Bangalore under Kohli weren’t that bad with their signings as they did snap up some cricketers who could’ve done a job for the side or they did a job to some extent, like Chris Woakes, Samuel Badree, Chris Jordan, Washington Sundar and a few more, but they haven’t been patient enough.

Dhoni is a firm believer in the saying “Results don’t come overnight” and Bangalore have not believed much in that saying. In the IPL, MS Dhoni has always gone the horses-for-courses way and the chances of him assembling a really competitive and well-balanced squad, which might not appear the prettiest when compared to the rest, is right on top.

One thing would be clear, Dhoni would’ve preferred having very experienced bowlers in the RCB ranks, just the way he wanted experienced batsmen for his CSK unit, who had to play time and again at the Chepauk in the IPL. Every time he comes up with a problem with respect to a certain role in the team, his one-time solution is to work his way up by picking experienced personnel.

Dhoni’s mere presence makes youngsters confident and it is always great for new kids in the block to have legendary cricketers walking around the green room, they have someone to look up to, someone to emulate or someone to impress, which could mean pressure but mostly, it’s great motivation to have. You look at all the great CSK sides that have been assembled over the past, this was one common feature.

In my opinion, Royal Challengers would’ve gone all the way if they were to have MS Dhoni marshaling their troops in the IPL. He brings in a cricketing brain that works better than most, he addresses problems with patience and backs his experienced men to come good, although some would say their time’s up. Maybe, they could’ve won the title twice under the man and it would’ve been a treat watching him and AB de Villiers bat together.

It seems like Virat Kohli, the Indian captain across all formats, does take a few banters personally, especially with Australians. It fires him to such an extent, he ends up blowing the opposition away with his pyrotechnics, but he hasn’t dealt with on-field banters in the best possible way. He definitely has a tried and tested process as a batsman, but not much as a captain over the years. 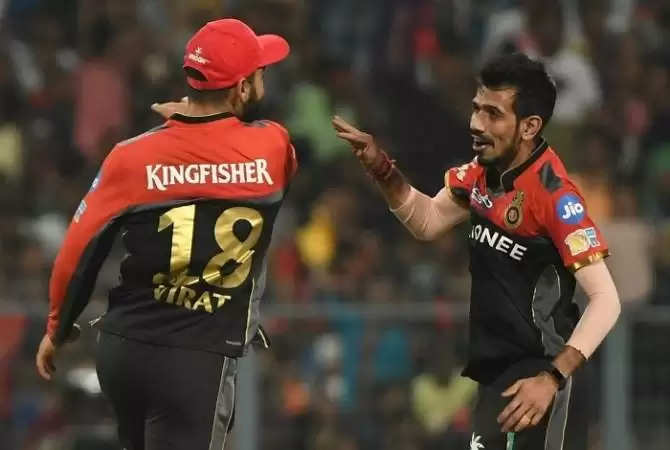 With Chennai, even if he has an above-par batting line up with a decent mix of bowlers, Kohli would’ve found great success.

Kohli did trust some youngsters to do well and has backed them, but were they the right ones to be backed? Perhaps not. In hindsight it is maybe easy to point out choices made by an individual as incorrect, and a rightful captain would try and defend his choices till the very end of his life, but that wouldn’t make him a great captain. Maybe that is one area he isn’t as good as some assume him to be.

What could go wrong with Kohli as the captain for the Chennai Super Kings? Would they have been the glamorous and mass-followed club which they are right now courtesy the Dhoni influence? Maybe not. They still would’ve had great support, a very loyal one, but you wouldn’t see crowds turning up in gigantic numbers just to see the practice sessions. That’s one huge change for starters.

We would’ve seen that aggression run on the shoulders of every CSK player, that’s for sure. Imagine the Chennai Super Kings, the side which won most fair play awards up until now, as the bad boys of IPL in a parallel universe. That would make them a club always under scrutiny for their actions and antiques on the field.

There would be some pretty big changes in and around the squad and their approach, as Kohli loves attacking cricket. Considering how good the Chepauk is for spinners, he would love the service of Ravindra Jadeja and Ravichandran Ashwin and it would’ve been interesting to see if Ashwin would’ve stayed at the club if Kohli was the captain.

One of the major hindrances for Virat Kohli to succeed as a captain was how helpless he could get with his bowlers. The worst moment for any captain would be to be in a critical situation and have no bowler to man up for the responsibility.

A team that doesn’t have good bowlers is more helpless than a rooster in poultry farms as they’re bound to get massacred. There wasn’t much Kohli could’ve done as a captain once he got on the field, as things are way past your control. With Chennai, even if he has an above-par batting line up with a decent mix of bowlers, Kohli would’ve found great success.