Royal Challengers Banglore (RCB), one of the most star-studded teams in franchise cricket, performed miserably in the last three seasons of the Indian Premier League. Bagging two wooden spoons, RCB failed to qualify for the playoffs in all the three editions. With a poor win percentage of 33.33% in this period, the Virat Kohli-led side […]
By Tushar Tue, 24 Mar 2020 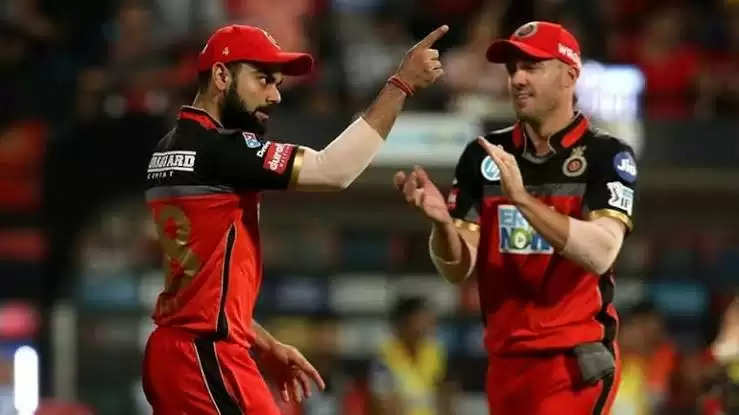 Royal Challengers Banglore (RCB), one of the most star-studded teams in franchise cricket, performed miserably in the last three seasons of the Indian Premier League. Bagging two wooden spoons, RCB failed to qualify for the playoffs in all the three editions.

With a poor win percentage of 33.33% in this period, the Virat Kohli-led side won 14 out of 42 matches. Among the current IPL teams, all the sides have a better win percentage than that of RCB, in the competition since 2017.

However, they were pretty good at some point in time. During the period 2009-16, they qualified for the playoffs five times and were runner-up in three editions. In this duration, the Karnataka-based franchise won 61 out of 116 matches, having a loss percentage of about 47%.

Also Read: Adam Zampa hopeful of bowling at the death for RCB in IPL 2020

Since 2017, RCB have failed to convert their home ground M. Chinnaswamy into a fort for them. In this duration, they have won just 38% of matches at their home venue. Among the current IPL teams, they are the only side to have more losses than wins in the matches played at the respective home ground, since IPL 2017.

So, what changed for them in the previous three seasons of the IPL? Well, the performance of the side tells a lot. Let’s explore the same in this article.

The only four players to feature in all these squads are Virat Kohli, AB de Villiers, Yuzvendra Chahal and Pawan Negi. And, one of them – Negi – has featured only in nine games in the last two seasons.

There was a mega auction for the IPL 2018, and, thus, many new additions were expected. But, even for the mega auction, the teams look to maintain a core, however, RCB didn’t do so.

And, in the case of a revamp, the teams do long-term planning. RCB released Quinton de Kock, Mandeep Singh and Sarfaraz Khan, three young players, ahead of the IPL 2019. Not to forget, Sarfaraz was retained by the same franchise before the mega auction.

The auctions are the foremost step of building a team in the franchise cricket. It requires a lot of planning, a good scouting team and sharp team management. Well the team management of RCB hasn’t been consistent either. Daniel Vettori was their head coach in 2017-18, Gary Kirsten in 2019, and Simon Katich now.

The mega-auction in 2018 was very important, and RCB failed to utilise that properly. RCB retained Sarfaraz Khan, a good young prospect, for three INR crores. But was that really required? Probably not; they could have got him in the auction possibly at a lower price. RCB did not retain either of Yuzvendra Chahal and KL Rahul.

Rahul did a fine job for them in 2016 and had pretty good numbers in his T20I career as well. The leg-spinner Chahal doesn’t need an introduction. He is India’s best spinner and RCB’s best bowler currently. RCB got Chahal at 6.00 crores INR, but anyway would have been good retention even for seven crores. Thus, retaining either of them would have made more sense than retaining Sarfaraz.

In 2018, they bought as many as 21 players. But they failed to buy a gun death bowler, RCB’s biggest misery in the IPL. Jofra Archer, Mitchell Starc and Kagiso Rabada were sold in that auction. RCB didn’t acquire any of them.

RCB bought Woakes, Nathan Coulter Nile and Tim Southee. Whilst Coulter-Nile can be a good support bowler, he didn’t play and the other two do not really fit in as T20 bowling leaders.

RCB didn’t solidify their middle-order, particularly the lower-middle-order as well. They used Mandeep Singh, who is naturally an opener, as a finisher. It highlighted the lack of good resources in that aspect.

In 2019, they tried to address their middle-order woes, as they acquired Shimron Hetmyer and Shivam Dube. However, Hetmyer and Dube didn’t feature in enough matches.

Hetmyer played five games whereas Dube just four, throughout the season. RCB didn’t buy a fast-bowler in the auction for the IPL 2019. Chris Jordan got unsold that season. Jordan is a good support bowler, and considering the lack of such resources in RCB’s camp, it would have been a decent buy.

RCB made 2.38 changes per game (excluding the abandoned match) in that edition of the IPL. The ‘Red Army’ finished their campaign with just three wins in that season, and constant changing had a part to play in it.

In 2018, Virat Kohli elected the same playing XI for the first two matches; and then made tweaks in the playing XI in nine consecutive games. In 2018, RCB made 1.28 changes on average per game. RCB, again, failed to qualify for the playoffs.

In 2019, RCB again fielded the same playing XI for the first two matches. However, they changed the playing XI in six consecutive matches, and in ten matches throughout the season. RCB made 1.5 changes per match, overall, in the last edition of the IPL.

Whilst RCB would have made forced changes in some cases, due to injury or unavailability of the players, such a high number of changes do not help the team at any cost. In 2017, they kept rotating Watson, Gayle and Head; and didn’t give a consistent run to any of them.

Negi was in for one game and out in other. Manan Vohra was also not given a fair run. And, in 2019, the same happened with Washington Sundar. This happened with many players, especially in the last three seasons.

The selections were too complex in all these three years. Did players who were not sure of their places have space? Would they play with freedom for their team or for themselves to secure a spot?

Under the captaincy of Virat Kohli, RCB have won 50 out of 110 matches, with a win percentage of about 46%. Among all captains who have featured in at least 50 matches in the IPL, Kohli has the least win percentage.

So, did Kohli take the right calls in the selection of the playing XI? The answer is clearly a “NO”. The skipper should make the players feel comfortable. And, how can he do that? By, not dropping them after one or two failures. Changing the strategy or team selection after a loses won’t help in building a side.

The role of the team management is quite big in franchise cricket. They have to scout the players from domestic cricket, make plans for the auctions and react smartly. While Kohli didn’t have the luxury of a good team management in these three years, he could have done better.

Mike Hesson, the Director of Operations at RCB, did the scouting job in the Karnataka Premier League and in the Syed Mushtaq Ali Trophy. RCB were pretty good in the IPL auction this time. Also, they did a fine job in releasing and retention of the players.

Now, if the IPL 2020 happens, they should have a method to identify the perfect balance for themselves as soon as possible. Having a process always helps, and RCB should look to follow it, this year, for their own good.