“E Sala Cup Namde” is the slogan of the RCB fans which means ‘this time, the cup is ours’. The wait for the IPL trophy still continues. RCB reached on the verge of lifting the trophy thrice, however, they failed to cross the final hurdle. With a new coaching staff, RCB fans are excited yet […]
By Tushar Wed, 25 Dec 2019 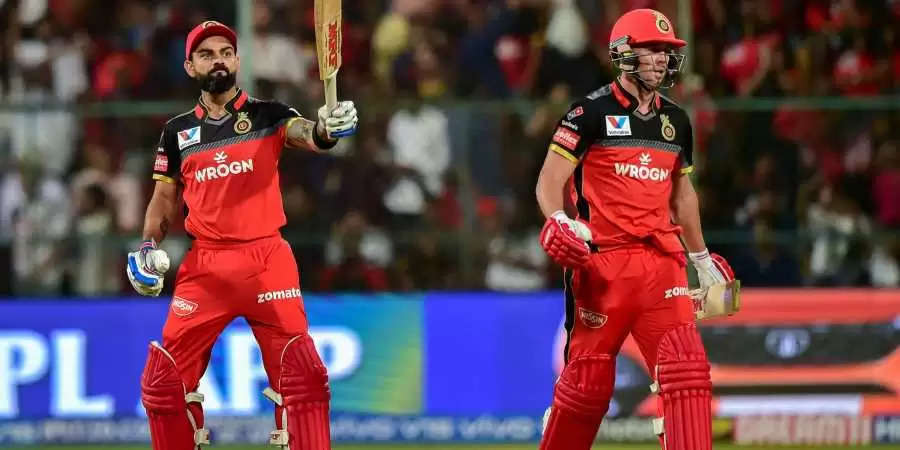 “E Sala Cup Namde” is the slogan of the RCB fans which means ‘this time, the cup is ours’. The wait for the IPL trophy still continues. RCB reached on the verge of lifting the trophy thrice, however, they failed to cross the final hurdle.

With a new coaching staff, RCB fans are excited yet again and expecting a miracle in the IPL 2020. Yes, a miracle; RCB do not have the best squad after the auction and have several questions to ponder on before arriving at a playing XI.

In the IPL auction, RCB purchased eight players including six overseas players. This squad looks better than that of the IPL 2019, and RCB should progress only. The ‘PlayBold’ army had not qualified for the playoffs in the last three editions of IPL since 2016. RCB have got a good mix of the youth and the experienced players in their squad.

The predicted XI for Royal Challengers Bangalore is as follows:

Aaron Finch was acquired by RCB for 4.40 crores INR after a short battle with KKR in the IPL auction. Finch is one of the best openers in the international T20 cricket at the moment and should be a no-brainer in the RCB playing XI.

He is a very dangerous batsman on true batting decks, capable of killing the game in the powerplay itself – at times. A few ‘Finch Storms’ are expected at M Chinnaswamy Stadium of Bangalore which has short boundaries. Mike Hesson, the Director of Operations of RCB, is hopeful of the Aussie taking off some pressure from Virat Kohli and AB de Villiers.

Parthiv Patel is expected to start the season for the Challengers in IPL 2020. His role is to provide quick starts in the powerplay – as he hardly scores when the field is widespread after the first six overs. RCB could have formed a better playing XI if they had a wicketkeeper capable of batting in the middle-order – by having one of Kohli and Devdutt at the opening slot and at three.

Well, they have one wicketkeeper able to bat in the middle-order – Joshua Philippe, but RCB won’t be starting with him. Across two seasons for RCB since 2018, the southpaw has just three 50+ scores in 20 games which is not enough. Thus, Parthiv who is also the vice-captain of this side needs to improve that aspect – to play big knocks.

Virat Kohli, the skipper of the side who has opened the inning majorly since IPL 2016, is expected to bat at one down in the next edition of the IPL. Kohli plays at three for the national side, so why not for RCB too? The RCB skipper is the perfect man to anchor the inning without sacrificing the scoring run rate.

By playing risk-free cricket in the middle-overs, and going berserk in the slog overs. Kohli’s deadly game in the death overs is known to all – fresh in everyone’s memory because of his performance in the recent T20 series against the West Indies. Kohli has not been very good for RCB as far as captaincy is concerned. Therefore, RCB fans would be hoping for an improvement in that aspect, with the new coaching staff.

AB de Villiers, the all-time great, is the biggest match-winner in the current squad of RCB. Since IPL 2018, the South African has been the best batsman for RCB with an excellent average of 48.53 and a brilliant strike rate of over 164. The right-handed batsman has as many as eleven 50+ scores and won several games for the franchise in their tough period.

The explosive batsman is capable of smacking any bowler with his 360-degree gameplay. Playing for Tshwane Spartans in Mzansi Super League (MSL) 2019, de Villiers amassed 325 runs with four fifties in just nine matches. The 35-year-old would be keen to have an IPL2016-Esque season with Virat Kohli, his partner in crime.

Moeen Ali, the batting all-rounder in the T20 cricket is third overseas player in the predicted starting XI of RCB. Whilst many might not want Ali in the XI (because of the team combination or whatsoever), he should be in the XI for the first few games at least.

The English all-rounder was one of the best players for RCB in IPL 2019, contributing decently both with the bat and the ball. The left-handed batsman should be used a power-hitter in the middle-overs (7-16 overs) mainly to whack the spinners and the medium pacers. Besides being a good middle-order batsman, Moeen is an off-spinner and adds the much-needed balance to the side.

Shivam Dube is at no. 6 in this predicted XI, expected to perform the tough finishing task in the slog overs. Dube was recruited by RCB in the auction before IPL 2019 for a hefty sum of five crores INR.

Dube did not get enough chances to showcase his skills in his first IPL season, as he featured in only four matches. The southpaw scored his maiden fifty at the highest level when he was promoted to bat at three in the second T20I against the West Indies.

Dube is an excellent player of spin, and his height gives him an advantage as well. However, the youngster from Mumbai might find it difficult to play big shots against the extreme pace. The 26-year-old is a right-arm fast-medium bowler, but should not be bowling in the world’s best T20 league, at least as of now.

The third most expensive player in this IPL auction was Chris Morris, bought by RCB for a whopping amount of 10 crores INR. The South African has represented several IPL teams in the past and played for Delhi Capitals in the last season.

The 32-year-old will be performing the toughest roles – finisher and death bowler. In MSL 2019, the right-handed batsman averaged 30.50 with an incredible strike rate of about 177.

So, that’s a positive sign for the Red Army. Morris is a capable death bowler who can clock over 140 kph and nail pin-point yorkers. RCB would be relieved if he is at his best and repays the faith in the IPL 2020.

Washington Sundar, the bowling all-rounder, is yet another player who has not been utilised properly by RCB. Across two seasons for RCB, Sundar played only ten matches, just three in IPL 2019. The 20-year-old is an off-spinner, able to bowl in the powerplay and not conceding easy runs. Sundar is not a wicket-taking option, as his main job is to control the flow of the runs.

He is fairly disciplined with his lines & lengths and helps in creating the pressure. RCB’s home ground is not the best suited for Sundar. So, it is unlikely that he will complete his four-over quota in most of the matches at Bangalore.

The left-hander is also a capable batsman, especially against spinners. In the Syed Mushtaq Ali Tournament in 2019, the southpaw played crucial knocks for Tamil Nadu in the latter half of the tourney.

Umesh Yadav, the right-arm pacer, has a fantastic outing for RCB in the IPL 2018. However, the tables turned around drastically this year, as he had a horror run in the IPL 2019.

Umesh is not a very great bowler in the shortest format, however, he can be good if he bowls well and is utilised properly. In IPL 2018, he rarely bowled in the death overs and finished his quota before the 15th over.

The 32-year-old picked up wickets in the powerplay and provided early breakthroughs to his team. The fast bowler from Maharashtra should be used in the same way in the upcoming edition and might be successful. The new nut swings a bit, especially at Chinnaswamy; thus, playing Umesh in the starting won’t be a bad call.

Navdeep Saini, the young speedster was the find of RCB in the previous edition of the Indian Premier League. Although Saini did not have excellent figures, he was quite impressive. The gun pacer is expected to partner Morris in the death overs. The 27-year-old is hit-the-deck-hard kind of bowler, capable of bowling 90 mph consistently.

Saini can bowl Yorkers but he is yet to master the art of bowling Yorkers consistently. The express-pacer from Delhi can also use hard lengths as an option to be successful in the death overs. RCB could use Saini as an enforcer in the next edition, as he is going to get only better with the time.

The Most Valuable Player of RCB in the IPL 2019 is an automatic selection in the RCB playing XI for 2020. He is India’s best leggie spinner at the moment and a brilliant bowler in the shortest format. Despite playing most of the matches at Chinnaswamy – considered a graveyard for spinners – his economy never crossed nine in a season; and less than eight since IPL 2017.

The 29-year-old is a genuine wicket-taker and is not afraid of taking calculated risks. Chahal is Kohli’s go-to man whenever the skipper needs a wicket. With 100 wickets to his name since his first stint with RCB in 2014, the leg-spinner is the second-most successful bowler and the best spinner in the IPL.