Being meticulous and effective has always been a trait of Sunrisers Hyderabad in the team’s IPL history. The SRH think-tank continued in the same vein in the IPL 2020 Auction on Thursday by mainly focusing on talented Indian players while also recruiting valuable overseas stars in the form of Mitchell Marsh and Fabian Allen to […]
By Karthik Raj Thu, 19 Dec 2019 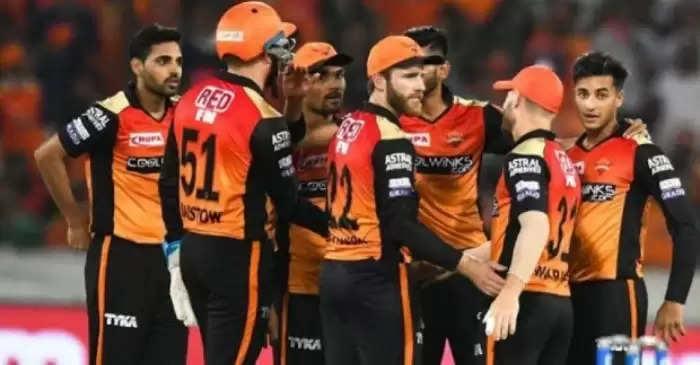 Being meticulous and effective has always been a trait of Sunrisers Hyderabad in the team’s IPL history. The SRH think-tank continued in the same vein in the IPL 2020 Auction on Thursday by mainly focusing on talented Indian players while also recruiting valuable overseas stars in the form of Mitchell Marsh and Fabian Allen to strengthen the squad.

The set of uncapped Indian players is led by none other than the current India U-19 captain Priyam Garg with southpaw Virat Singh from Jharkhand also being a notable addition. SRH came into the auction with only Rs 17 Crore remaining in the purse while also only having seven spots to fill in the roster to make a solid squad for 2020. While Marsh and Allen filled the two overseas slots, Garg, Virat Singh along with Sanjay Yadav, Abdul Samad and Bavanaka Sandeep made up the Indian contingent.

Even though, SRH did spent decent sums of money on each player, they were still left with more than Rs 10.2 Crores at the end of the Auction.

Like most of the other teams, Sunrisers Hyderabad also had their core set given this is just a mini auction. With a world-class Top 3 consisting of players like David Warner, Jonny Bairstow and Kane Williamson to go along with proven T20 performers like Bhuvneshwar Kumar, Mohammad Nabi and Rashid Khan, SRH had the important areas covered.

While Warner and Bairstow set the tournament alight with their unbelievable consistency, there was always a word going around that SRH had a massive weakness in the form of their middle-order. This was also understandable considering the quartet of Vijay Shankar, Mohammad Nabi, Deepak Hooda and Yusuf Pathan only combining to score 463 runs.

As a result, SRH squad for 2020 focused on that issue by acquiring the likes of Mitchell Marsh, Priyam Garg and Virat Singh who are suitable for middle-order slots. While everyone would be aware about Marsh’s skill-set, Priyam Garg has been touted as a massive talent in the Indian domestic cricket circles. Meanwhile, 22-year-old Virat Singh could also be termed as one of Jharkhand’s most talented batsman currently.

After spending Rs 5.8 Crores on the above mentioned trio, SRH turned their attention to back-up spin-bowling all-rounder options in the form of Fabian Allen and Sanjay Yadav. Allen, in particular, is one to watch out for even though he is a bit raw in terms of his overall development. The West Indian is a dynamite in the field while also having the ability to bowl left-arm spin and add a few runs lower down the order.

Finally, SRH ended their time at the auction table by adding prolific local batsman Bavanaka Sandeep and 18-year-old Jammu and Kashmir batsman Abdul Samad. While he is unlikely to play any matches, Abdul Samad could be an exciting long-term option with the youngster putting on an impressive show in the 2019 Syed Mushtaq Ali Trophy.

Jharkhand batsman Virat Singh could be termed as the best buy for SRH given that the team’s major issue for a while been their unreliable middle-order. While Virat has been playing domestic cricket since 2014, don’t overlook the fact that he is still only 22 years old. After showing glimpses of his talent in every season, it looks like the southpaw is finally starting to make a name for himself. He impressed in the recently concluded Syed Mushtaq Ali Trophy with 343 runs from 10 matches at a belligerent strike rate of 142.32.

The youngster’s strength is his ability to clear the ropes with utmost ease while his overall gameplay against spin is also of top standard. These factors could be vital while playing at SRH’s home ground, the Rajiv Gandhi International Stadium. So, don’t be surprised if Virat gets a chance to showcase his skills from the very first match next year.

The major loophole for SRH is the lack of back-up for the injury prone Billy Stanlake. While Stanlake has indeed showcased his talent in glimpses, a more experienced overseas fast bowler could have been acquired.

Even though only having a budget of Rs 17 Crores was a hindrance while looking to buy a reliable overseas fast bowler, the likes of Pat Cummins, Nathan Coulter-Nile and Sheldon Cottrell going for big money might have tempted SRH. It could be perhaps said that someone like Chris Jordan who bagged a Rs 3 Crore contract would have been more vital to SRH than Fabian Allen despite the latter’s undeniable skill-set.

It is important to remember that SRH’s bowling attack lacked bite with Rashid Khan not being at his best in the previous season. If he doesn’t recover his best form, SRH could be struggling for wickets yet again as the Indian fast bowlers have been very inconsistent.

Going into the auction, SRH’s major worry was the meagre returns from the middle-order batsmen. The likes of Vijay Shankar, Yusuf Pathan and Deepak Hooda often exposed SRH’s soft underbelly. The team’s additions on Thursday reflect a conscious effort to address that middle-order issue with players like Mitchell Marsh, Priyam Garg and Virat Singh being picked.

Mitchell Marsh can be seen as somewhat a direct replacement for the suspended Shakib Al Hasan while Priyam Garg and Virat Singh could hold SRH in good stead for a good period of time.

It is always considered risky to invest in inexperienced players but the above mentioned duo have shown they are mature enough through their domestic cricket performances. All in all, SRH had a decent performance at the auction table with the lack of a quality overseas fast bowler being the only miss.