Sunrisers Hyderabad: Heavy top-order and the flip side to it

Sunrisers Hyderabad are one of the most consistent teams in the Indian Premier League. The franchise was bought by a new owner after playing in the league as Deccan Chargers and they were renamed as Sunrisers Hyderabad in 2013. Since then they have reached playoffs five times, and in 2016 they were crowned champions. SRH […]
By Gomesh Shanmugavelayutham Thu, 26 Mar 2020 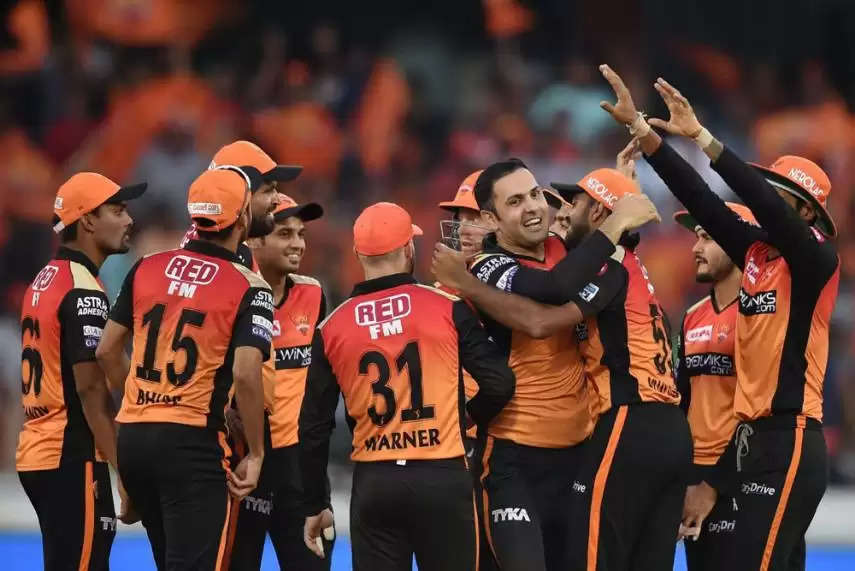 Sunrisers Hyderabad are one of the most consistent teams in the Indian Premier League. The franchise was bought by a new owner after playing in the league as Deccan Chargers and they were renamed as Sunrisers Hyderabad in 2013. Since then they have reached playoffs five times, and in 2016 they were crowned champions.

SRH bought David Warner in the 2014 auction, post which he has been the leading run-scorer for them. He took over the captaincy in 2015 and led them to victory in 2016. Warner and whoever gets to open with him has played a huge rule in the success of the franchise.

The franchise is known for investing in heavy top-order batsmen while backing the Indian bowlers to do the job with the ball. Bhuvneshwar Kumar was the key bowler around whom other domestic talents were rallied. Having a heavy top-order batting line-up is not new in T20 cricket, and it has worked reasonably well for them.

Since 2014, the openers have played a mammoth rule in the success of Sunrisers Hyderabad. David Warner and Shikhar Dhawan for a long time, Kane Williamson in the absence of Warner in 2018, and Bairstow in 2019 have consistently contributed to the teams tally in a significant manner. Warner, especially, hasn’t scored less than 500 in a season since he joined the franchise.

The reliance on openers is evident in Sunrisers more than any other franchise. The number of half-centuries by openers is the highest in SRH since 2014. There have been 28 instances where both the openers in a team have scored half-centuries from 2014. Chennai Super Kings, Royal Challengers Bangalore, and Kings Eleven Punjab did so in three instances, and Kolkata Knight Riders achieved the feat five times.

The highest number of instances where both the openers scored half-centuries is by Sunrisers Hyderabad openers, and they did so nine times. It is almost twice the number of times by the second-best team. This indicates the significance of the openers’ performance for Sunrisers, and how well they have performed in the last six seasons.

Percentage contribution to the tally:

In 2014, Warner scored 528 runs followed by Dhawan who managed 377. They added up to 46.58% of the tally of runs scored by the team excluding the extras. The next year, it reduced to 43.22 with Shikhar not performing as consistently as he should. Both the years they ended up in the sixth position of the points table.

2016 was a year of revelation for many. While Virat Kohli had an insane year with 973 runs in the tournament, Warner quietly amassed 848 runs. Dhawan adding 501 runs helped Sunrisers Hyderabad massively in their first successful campaign to win the trophy. The duo added up to 52.92% of the runs scored by the team.

The following year, they continued to contribute consistently to the teams’ tally. The year 2018 saw the surge of Williamson in the absence of Warner due to the ban imposed by Cricket Australia. He batted at number three on multiple occasions while trying out different opening combinations with Dhawan. The openers contributed only 37.74% and it was Williamson who scored 735 runs. He led them to the finals, only to lose it to Chennai Super Kings.

Warner was making a statement in his comeback along with Johnny Bairstow in 2019. They both contributed 48.49% of the teams total despite not playing the last few matches including the playoffs. It is one of the unique traits of Sunrisers Hyderabad in IPL. For example, CSK and Mumbai Indians reached the finals in 2019. For CSK the openers accounted for 33.7%, and in MI they added 36.57%.

This approach is not new and is not specifically applied to Sunrisers Hyderabad. There are other franchises in various leagues across the world that heavily depends on their top-order. In the latest season of Big Bash League, Melbourne Stars is one such example. Marcus Stoinis scored the bulk of the runs at the top with Glenn Maxwell at three or four depending on the situation. Nic Maddison had a season to forget. They reached the finals, yet lost it to Sydney Sixers. Similarly, Hobart Hurricanes were heavily reliant on Mathew Wade and Darcy Short at the top. In the Caribbean Premier League, Jamaica Tallawahs ran on the success of Chris Gayle and Glenn Philips.

Possible flaws in the template

However, it is not a pitch-perfect template to follow in the shortest format. What happens at times is that if the top-order failed, the team might collapse owing to an inexperienced middle-order. Likewise, if the bowling is not strong, they might lose the match despite putting up huge totals on the board. And it has happened on multiple occasions to Sunrisers as well, especially in recent years.

In 2018, there were multiple instances where Williamson had to drop down to number three due to the lack of experience in the middle order. In one such situation against KXIP, Sunrisers Hyderabad had to chase 194, and the opening combination failed. Despite a half-century from Manish Pandey and Kane Williamson, they failed to achieve the target. Similarly, twice against CSK in the playoffs and once against KKR in the league stage, SRH conceded the target despite putting up a par total.

In 2019, Bairstow and Warner were taking the opposition to cleaners. In the latter stage of the tournament, both of them had to leave due to national duty. Bairstow had scored 445 runs in 10 matches at an average of 55.63, and Warner scored 692 runs in 12 at 69.2.

Once they left, without a solid opening combination, Sunrisers Hyderabad lost their last two league matches. That put them in the fourth spot despite having a good NRR. The pair failed in the eliminator as well, and Sunrisers Hyderabad was eliminated. Had they managed to win against MI, they would have been in the top two, by which they could have got a second chance to reach the finals.

Clearly, loading up the top-order has its flaws as one can see in the way Sunrisers Hyderabad has progressed in recent years. Whenever they lose, they seem to lose more matches while defending a total, rather than chasing since 2016.

They have lost 17 matches while defending and 13 while chasing in the last four years. There are indeed other factors that might influence the result such as bowling combination, venue and pitch conditions. However, Sunrisers have lost on multiple occasions while defending big scores.

There is not much to pick from their victories in the last four years as well. They have won 17 times while chasing and 16 times while defending. The interesting factor though is that 11 out of the 16 games they won defending were played at their home venue.

Effects of heavy top-order in their bowling strategy

The other effect of having a heavily loaded top-order is that the franchise can do very less about the overseas bowling options. Sunrisers Hyderabad as a franchise have always been known for using domestic talents as far as bowling is concerned. When there are two overseas openers, any franchise would try and accommodate an all-rounder, and a fast bowler in the remaining two slots. Sunrisers Hyderabad has been no different in the earlier years. They have had the likes of Dale Steyn in their line-up initially.

In 2016, they had Mustafizur Rahman and Moises Henriques as the two overseas options. Mustafizur was new to the IPL, and not many had figured him out yet. It worked in their favour as they managed to have a successful campaign with Ashish Nehra, Bhuvneshwar Kumar and Barinder Sran as the three main seamers.

Things changed in 2017 as they discovered Rashid Khan and Mohammed Nabi. The Afghanistan duo has become a crucial part of their plans since then. The squad is formed accordingly. As far as the seam attack is concerned, Bhuvneshwar remained the epitome of it.  With him delivering wickets, SRH was able to accommodate young Indian seamers like Mohammed Siraj and Siddharth Kaul who were able to play the support cast role.

The loopholes in their strategy slowly started showing up in 2018 as Bhuvneshwar had a bad patch. Though the young Indian seamers performed exceptionally well, under pressure, they crumbled in the knockouts. A similar pattern continued in 2019 as well. Bhuvneshwar averaged 39.33 in 2018 and 35.46 in 2019.

Despite the performance from Rashid and Khaleel Ahmed, the bowling attack of Sunrisers Hyderabad has always been dependent on Bhuvneshwar. When they play Warner, Bairstow, and Rashid, they are left with one overseas slot to fill. They were able to play either Nabi or Billy Stanlake. The latter was the only overseas seamer they had in the last couple of years. And that hasn’t helped them.

In a way, they might have tweaked their home conditions according to their bowling attack in the last few years. And their current strategy has worked reasonably well to take them to playoffs.

The difference between getting to playoffs and winning the championship lies in how the franchise addresses their strategic loopholes. Sunrisers Hyderabad in that aspect has tried to cover the middle-order woes by picking Mitch Marsh and Fabian Allen in the 2020 auction. With the appointment of new head coach in Trevor Bayliss and a major auction happening next year, whether Sunrisers Hyderabad will stick to their current strategy or they will change their approach is something one will have to wait and watch.