The IPL and the crippling ugliness behind the pomp and show

The IPL began 12 years ago on a sultry and humid night in Bengaluru marked by a monumental Baz (Brendon McCullum) performance. Though the signs were there and were pretty persistent, nobody could expect the phenomenal revolution that IPL would bring to the sport, literally changing the game of cricket forever in just two short […]
By Anjishnu Roy Sat, 18 Apr 2020 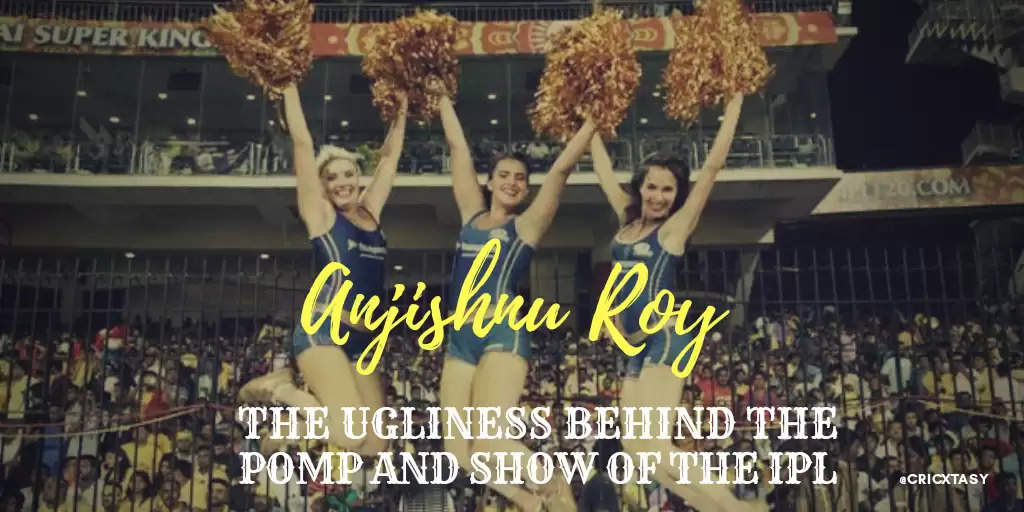 The IPL began 12 years ago on a sultry and humid night in Bengaluru marked by a monumental Baz (Brendon McCullum) performance. Though the signs were there and were pretty persistent, nobody could expect the phenomenal revolution that IPL would bring to the sport, literally changing the game of cricket forever in just two short years.

With one simple idea: to combine glamour and cricket into a short, frenzy franchise based tournament, IPL was responsible for the biggest oil boom in the world of cricket where revenues and sponsorships exploded and nothing would be the same ever again.

In a world of increasingly short attention spans and concentration abilities, T20 cricket was the endgame and IPL made cricket boards and organisations around the world realise just how much power T20 franchise based cricket possesses. Increased avenues and roadways in terms of potential marketing and branding opened up for the game of cricket which helped it adhere to the entire world.

But that is also where the catch lies. Did the soul of the game get traded in the pursuit of the glam of the IPL? Did the BCCI engage in corporate greed so rampant that it ended up meaning a dead end to the inclusivity and essence of the sport? 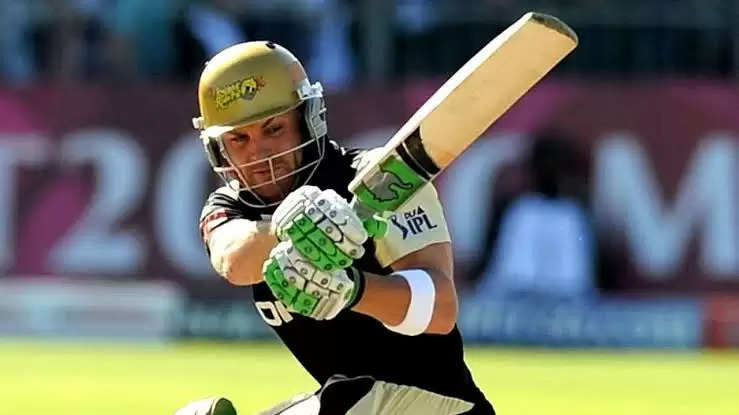 When then BCCI Vice President, Lalit Modi first proposed the idea behind the Indian Premier League in a high profile ceremony in New Delhi in September 2007, it was met with varied reactions from many quarters. Impossible, however, was the first word that sprang to people’s minds.

Cricket, for the majority of its history has been a purist sport. To this day, Test cricket is recognised as the truest format of cricket, and all the attention and riches of T20I cricket cannot sway that opinion. It just goes to show how deep and embedded the long five-day format of the sport is and how much inertia it took to accept limited overs cricket.

T20 cricket was nascent and fairly new when the idea of the IPL was put on the table. The inaugural edition of the T20 World Cup in an official ICC tournament was recognised in 2007 itself. Therefore, when Lalit Modi promised to combine the riches and entertainment of the English Premier League with the glitz and the glam of the NBA, it was taken with a pinch of salt. However, we know better now. For all its flaws, and there are quite a lot, which will be discussing in this piece, the IPL was a work of genius. 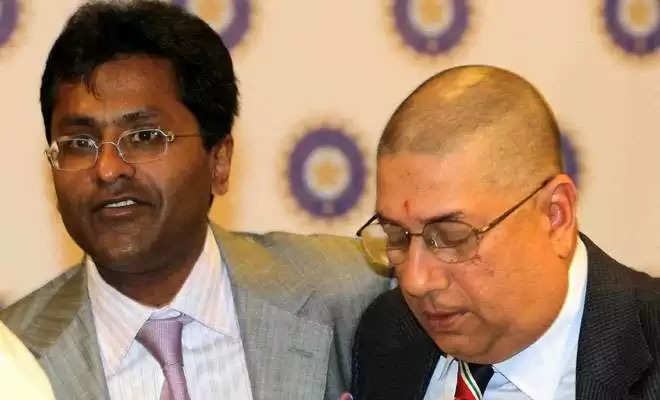 By opening up the world of cricket and the doors of the BCCI to corporate chaos where celebrities and business tycoons throw money at the most lucrative franchises and buy the best players in the world at the sound of a hammer, the seeds of discord and debilitation were sown. With an initial investment of almost 25 million dollars in 2008, the IPL was worth 4.1 billion dollars just two years later and in 2019, it was valued at 6.7 billion dollars by Duff & Phelps.

It shook the very foundations of the board that was supposed to be in control of it, so much so that it became bigger than the organisation. For most of its existence, the BCCI has been a crude assortment of old bureaucrats, politicians and odd businessmen who wanted to use the influence of cricket to further personal gains but shut shop at any threat from outside agencies. The IPL handed BCCI a fresh shot at reality where it finds itself with so much power and leverage, that greed and gain has become both order and chaos at the same time. Cricket, for almost all intents and purposes comes second now.

To put it simply, the IPL generates so much money, sponsorship, viewership that it has changed the status quo in cricket organisation. Technically, all cricket playing nations fall under the jurisdiction of the International Cricket Council- the ICC. But the IPL has made the BCCI the de facto organisation of the sport and has given it leverage over the very organisation that was supposed to govern it. Every cricketing organisation and country revolves around India and the BCCI and it goes without saying that it comes at a certain price.

The first sight of it was noted after the very founder of the IPL, Lalit Modi who had turned into a celebrity was ousted from the very tournament he helped found and criminal charges were levied upon him. He was found guilty of rigging bids for 2 new IPL teams when the tournament was expanded in 2010 by adding unreasonable clauses in the tender draft. He was also found guilty of charging a hefty facilitation fee and there were several other counts of misconduct and financial irregularities alleged against him. As a result, he was banned from the BCCI for life. 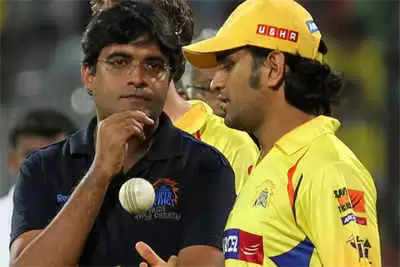 CSK’s ban was a jolt to the Indian Premier League

But that wasn’t the end of it. N Srinivasan, former BCCI President and other members made sure that the clauses of the organisation which prevented them from holding, directly or indirectly any commercial interest in matches or events conducted by the board was edited so that they could hold stakes in the IPL franchises via various parties. Srinivasan became the owner of Chennai Super Kings, in direct conflict and confrontation to the salient policies of the board.

He was found guilty, along with his son in the humongous betting and spot fixing scandal in the IPL and was asked to step down. Srinivasan also became a figurehead for the dirty politics that went on in the ICC where the BCCI was trying to assuage more and more control in the organisation, which it ultimately succeeded in.

The rise of the IPL led to several other cricket boards that tried to copy the same model in Australia, West Indies, Bangladesh, Pakistan, South Africa and elsewhere. The BCCI has cunningly positioned itself to maintain its current status quo in world cricket so that no other franchise tournament manages to eclipse the IPL. The first step in doing so, was to render the availability of Indian players and with it a lot of the viewership (cricket is the most widely followed sport in the second most populated country in the world) and sponsorship practically impossible. 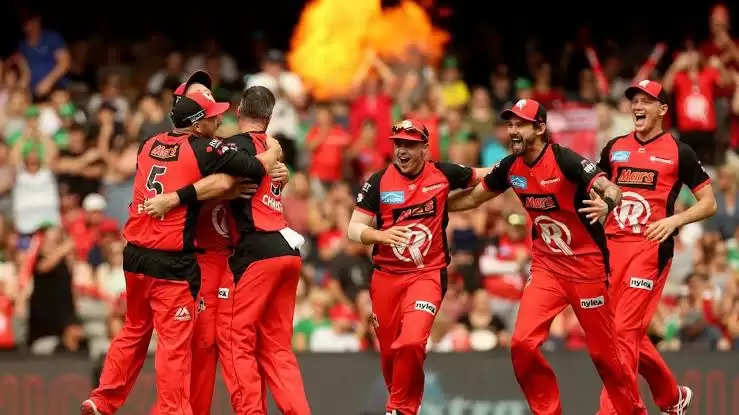 The birth of IPL gave rise to franchise cricket in most countries.

The BCCI combined with boards of Australia and England constitute the powerplay of the cricketing world where they call everything and the BCCI gets to call shots howsoever it feels. These countries led the coup in the ICC to make sure that they got away with the most funds generated by ICC events and tournaments to the tune of at least 2.5 billion dollars. Despite almost all the other cricket playing nations unanimously disagreeing to this, behind-the-scenes powerplay and the promise of shares made sure that they would all fall in line and sing the same songs.

This disrupted the entire ecosystem of cricket, where, before 2014, every country got the same share of revenue, but after the coup, Australia and England, led by India would predominantly occupy the entire chart.

The worst possible consequence to all of this? It’s getting harder for newer nations dreaming to join the sport, lured by its riches to become a member of the cricketing fraternity. Either they get bullied out of existence or they are left as a sorry after note and with no money, or attention, they cannot harness or develop the game that they would have if they got the opportunity 15 years ago. 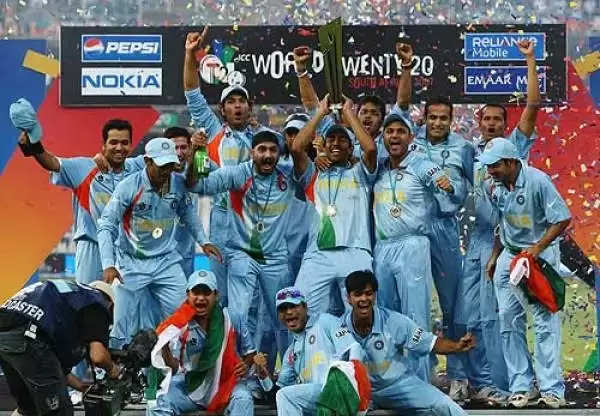 In 2007, 16 nations took part in the T20I Cricket World Cup, of which 12 participated in the main event in South Africa. In 2019, when the event was hosted in England and Wales, the number dropped to ten. Countries like Kenya, Netherlands, Canada, Scotland that dreamt of or still dream of making it big in cricket do not have the means to do so anymore and this is especially true for the nation of Afghanistan, where cricket is often seen as a distraction from war, political turmoil and general suffering. Ironically enough, an India before the existence of the IPL played a pivotal part in helping cricket reach the country.

As time passes, cricket is becoming increasingly selective and soon the day will come when it will only become the purview of the richest, those who can afford it, and the IPL is the weaponry with which the BCCI and India is wrecking the inclusivity of cricket.