As I type these words, the COVID-19 disease caused by the transmission of the novel Coronavirus continues to wreak havoc across the world, taking innumerable lives, causing suffering to more people than can ever be estimated and downright upsetting the established social order. Social distancing and isolation are all we can do for now as […]
By Anjishnu Roy Sun, 29 Mar 2020 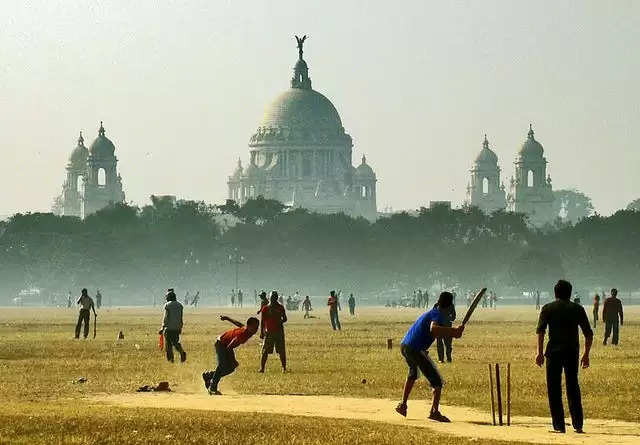 As I type these words, the COVID-19 disease caused by the transmission of the novel Coronavirus continues to wreak havoc across the world, taking innumerable lives, causing suffering to more people than can ever be estimated and downright upsetting the established social order.

Social distancing and isolation are all we can do for now as countries continue to struggle to fight against the virus and the only hope that we have of returning soon to the lives, as we know it, are pretty bleak. Uncertainties run high as the risk of catching the infection and suffering from it while being a possible vector to many others continues to stalk the fate of everyone who’s not being careful with hygiene and protocol.

It goes without saying that the entire world has never been through something like this in the last one hundred years, not since Influenza ravaged different parts of the globe. Even during the two brutal and barbaric World Wars, there were corners of the world that were completely safe and isolated from the unspeakable horror.

Life has literally come to a standstill. There are no reading books in coffee shops anymore, no shopping with the family, or eating out. No live concerts, no travel destination packages. No going to school and college or returning home from work. No catching live football on TV.

And, most importantly, no cricket.

While it’s understandable that given the plight of the world, cricket should be the last thing on our minds right now, but it’s equally fascinating and equally horrifying to imagine a world without cricket or any sport whatsoever. A world devoid of the culture that gives it identity in the first place.

The advent of the IPL promised a staple treat for Indians as well as foreign cricket fans around the globe. This season, expected to begin from the 29th of March was supposed to be even more defining given that the T20 World Cup is scheduled this year and the IPL is the biggest franchise-based T20 cricket tournament in the world. The biggest superstars in the world and many domestic household names would’ve used the IPL as the punching bag either to ready themselves for the gruelling World Cup or to get back into contention for the first team. 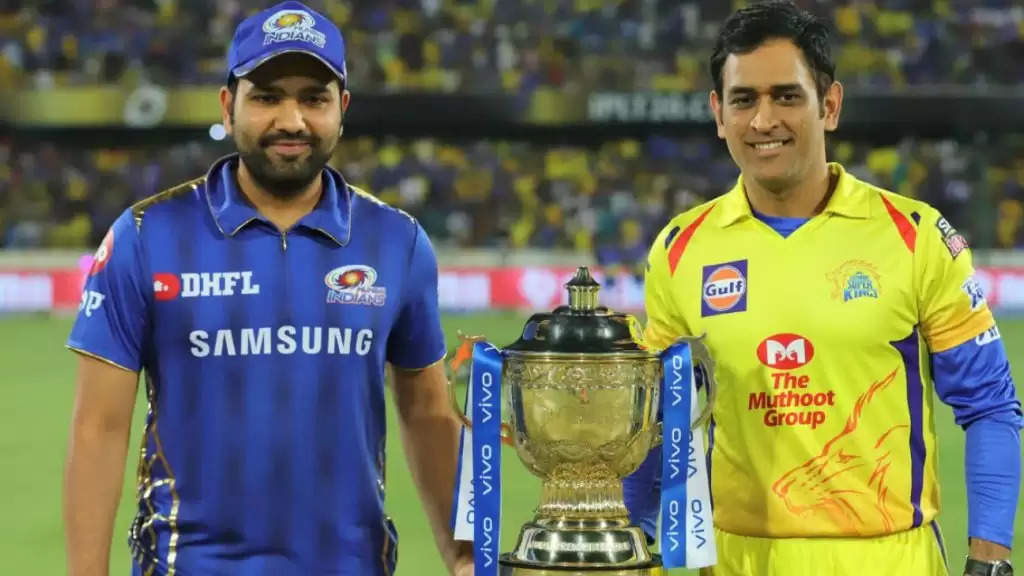 IPL 2020 was all set to get underway from today

The IPL was suspended until April 15th with no clear date for a return in sight as the figures for infected patients continues to rise in India. While the T20 World Cup, scheduled for November, is safe for now, the outbreak continues to threaten plans surrounding it as well and chances are, it could be postponed just like the UEFA Euros or the Olympics.

Afghanistan, often finding itself torn between wars, corruption, impoverishment and political instability, found cricket as a way of salvation in recent years. Despite being relative newcomers to the international scene, they have managed to establish their grip on world cricket firmly and can give any of the heavyweights a run for their money. Amidst the outbreak, cricket can no longer play the role of providing relief and being a distraction for the depravity in the country. The kids would need something else to look at for a while in order to protect their childhoods from the dangers of dropping bombshells and biased propaganda alike.

In Bangladesh, cricket is often a source for livelihood as well as frenzy for thousands of people. Two friendly cricket matches against a World XI and an Asia XI to celebrate the birthday of Sheikh Mujibur Rahman, the father of the nation had to be postponed as the focus shifted from elation to panic in the space of a month.

India, the biggest cricket fanbase in the world has come to a grinding halt ever since a lockdown was enforced in the country. First-class cricket did not show any signs of stopping in India ever since its introduction by the British in 1878, not even during the two World Wars. But now? Precaution first as India’s greatest religion has to wait.

Meanwhile, India’s neighbours Pakistan decided to wing it by continuing with the PSL, their version of the IPL. And while shortened, there were various reports of several cricketers having tested positive after catching the coronavirus in Pakistan. It was fortunately cleared out later that none of the players caught the deadly disease after successful medical tests were conducted by every team.

As Australia struggles to keep up with supplies given the mindless hoarding of items, panic and confusion continue to spread among the people. Australia hosted 90,000 people in the MCG only twenty days ago in the final of the 2019 ICC Women’s T20 World Cup but with 3,180 cases of confirmed patients already ravaging the country, the government needs to step up as people continue to flock outside and risk spreading the disease far and wide.

Travel and tourism form the backbone of the economy in the Caribbean. The global pandemic has halted that industry to a standstill and made life in the islands of West Indies remote. The Caribbean Isles have come together to fight against the threat of Coronavirus, with the only other instance of the islands uniting being when it comes to sports representation. The season of cricket was suspended by the West Indies board after the first few cases of the virus being detected on March 16th and could well be extended indefinitely.

The South African cricket team returned home after the series against India was cancelled given the scale of the outbreak. Cricket across all formats has been placed under complete lockdown, along with the rest of the country. Streets run deserted in South Africa as silence has taken over. Politicians have started making sense with their policies in a country that hasn’t been fortunate to see it being a trend over the years.

New Zealand has dealt with the grave issue of coronavirus a lot better than their neighbours across the pond. Wellington Firebirds saw themselves being crowned as the winners of Plunkett Shield after 16 years. They received the plaudits not on the field after actually winning games but via a WhatsApp notification that informed that the last rounds had to be cancelled and that they had finished as champions. Precaution and extreme caution is the word of the day in the island nation which has benefitted a lot from its able governance- they have only seen 368 cases till now.

Boris Johnson tested positive for Coronavirus as I was working on this piece, sending sensations across the United Kingdom. Prince Charles earlier, the Prime Minister soon after. It reflects the state of the country where chaos reigns supreme and poor governance has resulted in the worst mortality rate in Europe – even worse than Italy.

People have been reckless and inhumane in their hoarding of essential products leaving little for the poorest sections of the society while the NHS continues to work on the frontlines, day in and day on, trying to mitigate the crisis. The only silver lining is- all forms of sport, including cricket, has been suspended until 28th May. The ECB has maintained that it will try to do its best to support the smallest counties and districts financially as the possibility of an economic crisis looms large. Cricket will try to do its best, the rest of England needs to do better. 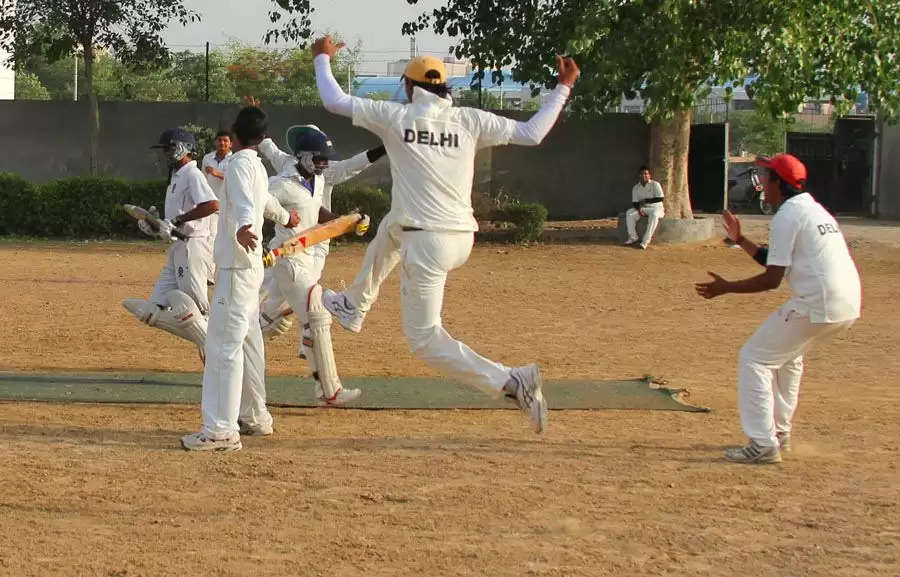 With no cricket to look forward to now, the world has come crashing around those who need sports the most to live life fully and wholly. (ESPNCricinfo)

The picture for the world is blurry and hazy. Trepidation and anxiety fuel the imagination while patience runs thin.

Cricket often meant larger than a sport to the millions of people around the world who used it as an escape route to get distracted for a while and forget about the trivialities of everyday living. With no cricket to look forward to now, the world has come crashing around those who need sports the most to live life fully and wholly.

But there’s nothing we can do about it. And what do we do about things we cannot influence? We don’t worry about it. That should be the primary objective for every fan right now.

No more super overs, no more last ball finishes, no more balls being hit out of the park, no more lightning-quick deliveries, no more bails being dislodged, no more run-outs. Not for a while now.

When will things get back to normal? When will regular cricketing action resume? How will the IPL or The Hundred or the T20 World Cup in Australia be carried out?

We’d have to wait and see.

At a time like this, that’s the most we can do- wait. And that’s enough for now.

Stay safe, stay indoors. There’s a lot more cricket awaiting you on the other side of the storm.