Few players divide opinions as much as Ravichandran Ashwin. The off-spinner had been on social media’s trending list right through India’s tour of England for not playing a part in the Test series and here again in the IPL, he was trending for his dismal season with the ball. It all culminated in the showdown […]
By CricXtasy Staff Writer Wed, 13 Oct 2021 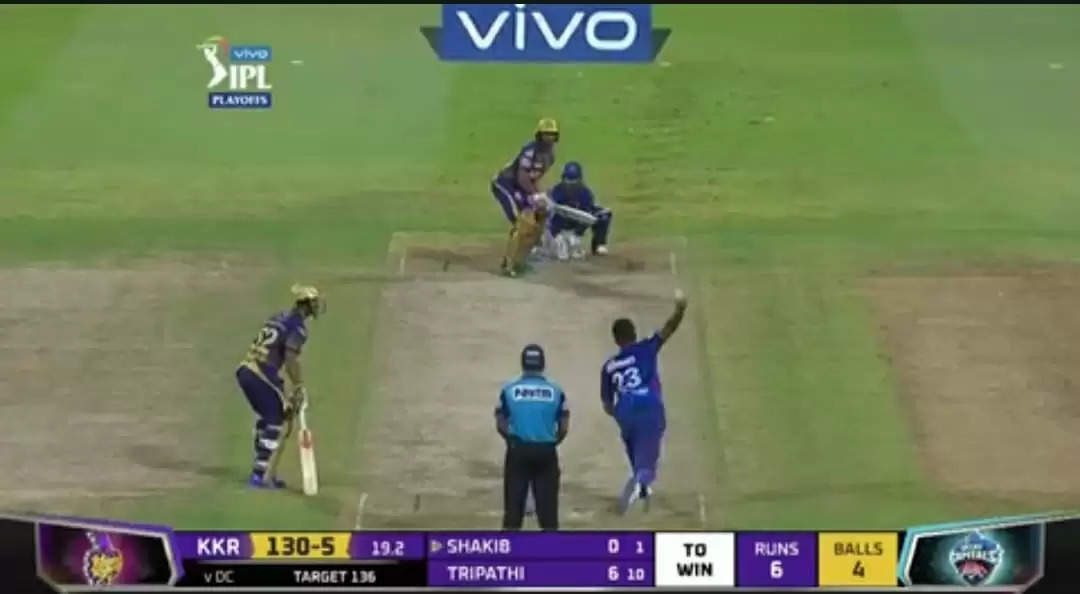 Few players divide opinions as much as Ravichandran Ashwin. The off-spinner had been on social media’s trending list right through India’s tour of England for not playing a part in the Test series and here again in the IPL, he was trending for his dismal season with the ball. It all culminated in the showdown against Kolkata Knight Riders on a helpful Sharjah wicket.

With the slow, low wickets to Ashwin’s liking, the off-spinner was expected to make merry, but instead, as he is often accused of, went about trying too many things and had little impact in the game in his first three overs. Replicating Kedar Jadhav’s sling-like bowling action, Ashwin tried to use the low bounce on the wicket to disallow batters from getting underneath the ball to go big.

It reaped rewards at a crucial time as he beat the dreaded Shakib Al Hasan scoop – remember it won KKR crunch playoff games in 2012 and earlier this year in the eliminator against RCB – with the low bounce and had him trapped in front. The wicket came in the final over after a dramatic collapse from KKR – the team went from 123-1 to 130-7 – left Ashwin to defend seven runs off the final over.

He started really well, conceding just one run off the first ball and then dismissing Shakib before sending back Sunil narine as well to raise the hopes of Delhi fans. However, a rank long hop to Tripathi off the fifth ball in the final over was smashed straight down the ground and over the ropes as Kolkata Knight Riders went through to the finals.

WATCH: Hetmyer gets a life – walks off to dugout, but called back after replays to bat again

To make matters worse, Ashwin had earlier dropped Nitish Rana in the 15th over of the innings, letting go of a fairly straightforward catch in the deep.

Fans went wild over Ashwin trying too many things and not doing well in the format with the T20 World Cup, where he was recalled to the format after four years, coming up in the same country.

Tonight, the role of Kedar Jadhav will be played by the understudy R Ashwin! Never seen him crouch so low at delivery.#DCvKKR

ashwin started bowling his last over like
kedar jadhav bro!

Kedar Jadhav would have been deadly on this pitch. Ashwin is trying to be one. #IPL2O21 #DCvKKR

Only in Dhoni captaincy, we can witness Vintage Ashwin

A few defended Ashwin too for his attempt at using the pitch and the bounce to his advantage by lowering his release point, even though the final result did not go his way.

Sadly noone will praise ashwin for that over due to that six and say that even though your age is not helping you, you still are hell of a bowler and you deserve to be in that wt20 squad. But they WILL mock him for using variations and whenever they get chances, will demean him:)

Against Tripathi, Ashwin tried to go as wide as possible to take that leg side heave and sweep out of the equation. Think the other option was to cramp him for room and fire it in quick to the pads. But all in all, 7 runs is just too harsh for any bowler to defend. https://t.co/zzAGubJHw8

Kolkata Knight Riders, after three successive wins, the last of them by just a whisker, will now meet Chennai Super Kings in the final of IPL 2021 on Friday, the 15th of October.