Much to the relief of Pakistan Cricket supporters, 6 out of the 10 members of the squad who were positive for COVID-19 earlier this week have returned negative results in the second round of tests conducted by the board. Among the six members of the squad were veteran all rounder Mohammad Hafeez, who took a […]
By CricXtasy Staff Sat, 27 Jun 2020 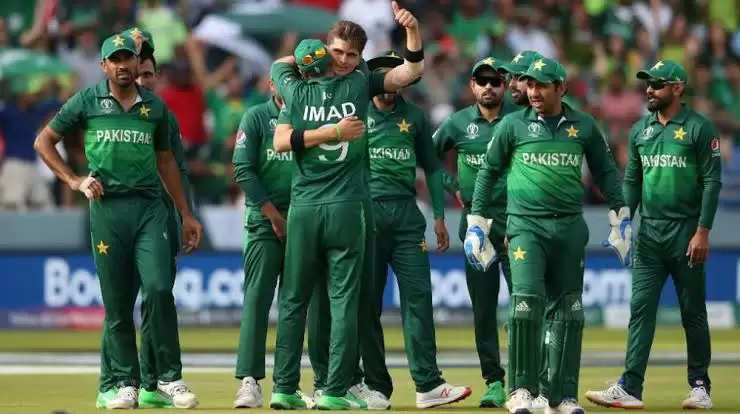 Much to the relief of Pakistan Cricket supporters, 6 out of the 10 members of the squad who were positive for COVID-19 earlier this week have returned negative results in the second round of tests conducted by the board.

Among the six members of the squad were veteran all rounder Mohammad Hafeez, who took a second opinion at a private medical centre right after testing positive the first time. While he and his family returned negative reports  from the tests at the medical centre, this did not go down well with the PCB. A source from the board had said, “This is a very intriguing situation for the board. It will be interesting to see what is the result of the second test taken today of the 10 players, who tested positive in the first test earlier this week will come.” The source further stated that had Hafeez again tested positive today, he might have had to face disciplinary action from the board due to the fact that he went out to get a second test done instead of quarantining himself after being tested positive the first time. Thankfully for the Sargodha born all rounder, he tested negative for COVID-19 for a second successive time.

Pakistan Cricket Board Chief executive Wasim Khan announced that the remaining four members Kashif Bhatti, Haris Rauf, Haider Ali and Imran Khan had tested positive again, as had team masseur Malang Ali. All the players and support staffers who had tested negative earlier were tested again, and there was no change in their status. However, given players’ need to return two negative tests before being able to enter the UK, the six previously positive players will not be on the ECB-arranged charter plane that takes the rest of the travelling party to Manchester on Sunday. The PCB announced they will be sent as soon as they returned that second negative test.

Rookie wicketkeeper batsman Rohail Nazir, who led Pakistan in 2 U19 Cricket World Cups in 2018 and 2020, and fast bowler Musa Khan, who were in the reserves, have been called up to the squad as cover for the infected players.

Wasim Khan said that both Hafeez and Riaz had sought out tests from private laboratories independent of the PCB in the wake of them returning positive results. And though the retest came back negative, the board will not be considering them. He said, “The private test they decided to have carried out was outside the PCB testing process. So while they have now had two negative tests, they will have to get tested again to get two negative tests in a row that are in accordance with PCB’s testing process and the protocols we have set up.”

Once the 20 players and 11 members of the support staff arrive in Manchester, they will be transported to Worcestershire, where everyone will be tested once more in accordance with the ECB guidelines and testing processes. They will then begin a 14-day quarantine period, during which they will be permitted access to training and practice facilities. Following that, the squad will move to Derbyshire. Although it wasn’t set in stone, an earlier plan would have seen the Pakistan squad quarantined in Derby first.
Bowling coach Waqar Younis, who has been in Australia, was tested there and returned a negative result. He will join the squad directly. Shoaib Malik, who was granted leave to spend time with his family and join the team later, will travel to England on July 24.
The PCB had briefly entertained the idea of sending players who tested negative once after an earlier positive test, but that idea was swiftly put to bed, as an ECB press release on Friday confirmed that the ten players who had tested positive would not be travelling on Sunday.

Wasim said, “The ECB contacted us at first and said since the positive tests were carried out on the 21st, seven days will have lapsed and there may be an opportunity for players to travel on the 28th. Because in nine of the 10 players, we found antibodies, which suggested they were coming to the end of it. But we changed it because the ECB have now told us that based on UK regulations, anybody to have tested positive will need to provide evidence that they have had two negative tests before they can travel. We went on the advice they were giving us earlier, but since they told us the regulations had changed, we followed their protocol.”

The remaining 20 members of the squad will travel to England tomorrow, to play a 3 Test match series and as many T20 Internationals.