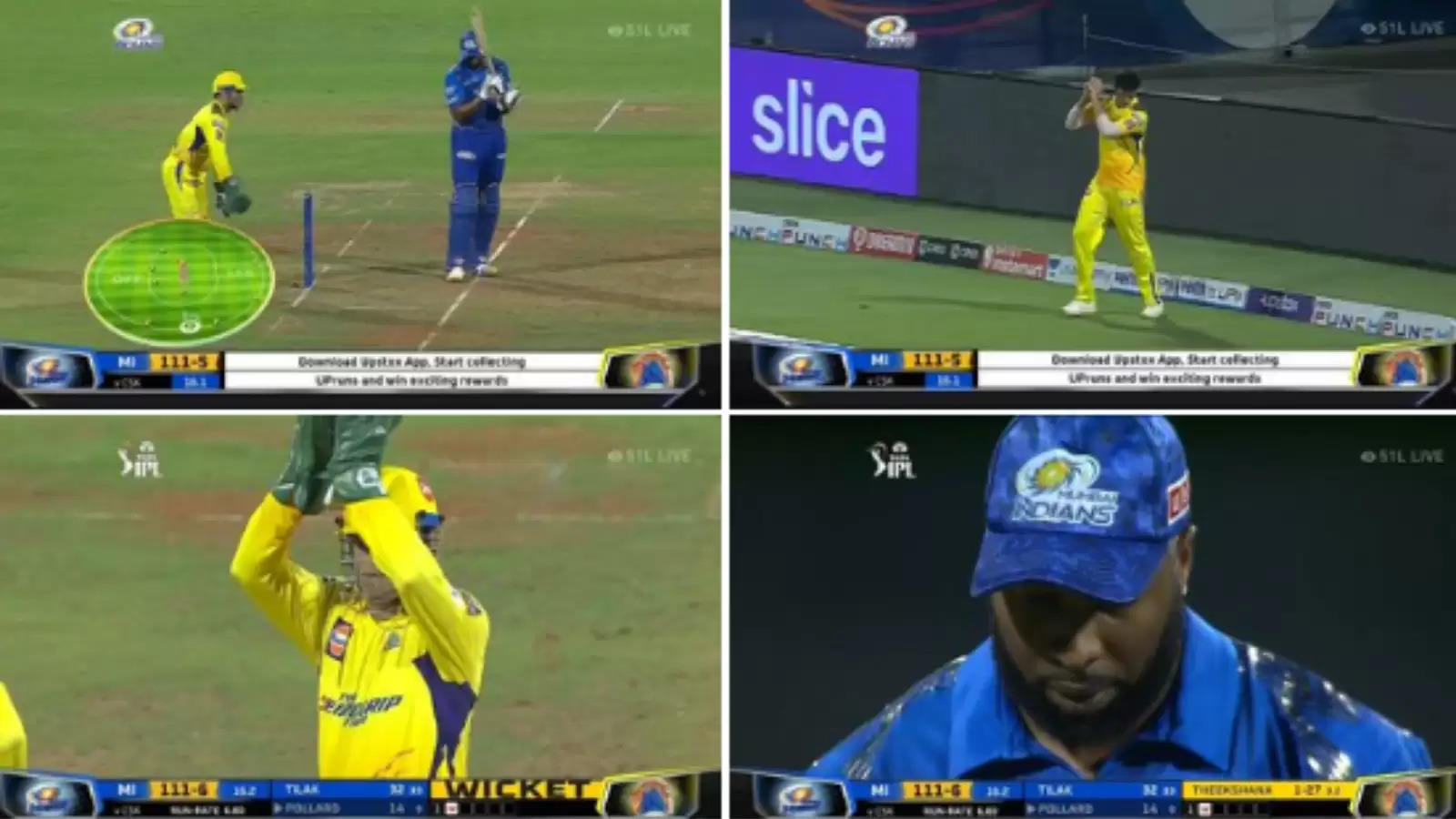 MS Dhoni set a trap all too familiar to Kieron Pollard to dismiss him in the eventful MI vs CSK clash on Thursday night. Kieron Pollard and MS Dhoni rolled back the years to the 2010 IPL final when Dhoni set an unorthodox field for Pollard. He moved the fielder at mid-off to the edge of the circle straight behind the umpire and had him caught there, making for viral videos and posts on Dhoni's smarts. Since then, it happened again in 2017 when in the CSK vs MI clash, Dhoni once again used the field to outsmart Pollard.

In the T20 World Cup in 2021, Pollard was outsmarted in a similar manner by South Africa with Temba Bavuma taking a leaf out of MS Dhoni's book to set the fielder straight and outsmart Pollard.

On Thursday night, Pollard was once again faced with a similar field as Dhoni indicated to the fielder to move straight for Pollard. If it was Matthew Hayden in the 2010 IPL final, it was Shivam Dube here, one of the tallest players in the CSK setup. The smart move played with Pollard's ego as he was literally being challenged to clear that fielder with mystery spinner Maheesh Theekshana on.

Pollard took the bait and looked to smash Theekshana straight back over the fielder and could only manage to hit it straight to him, leading the way for several to comment on Pollard's ego. Harsha Bhogle noted that it was Pollard's arrogance to try and take that exact fielder on and he failed with fans reacting wildly on social media.

Pollard knew as soon as he hit it that it was going straight to the fielder and his shoulders drooped even as Dhoni wore his calm smile after pulling off another masterclass despite not being the captain himself.

How many times will Dhoni outsmart Pollard? That fielder again! #MIvCSK

Third time Dhoni has had Pollard like this. The last time it came off, 2017 final. https://t.co/yBjfMRZgs4 pic.twitter.com/grT4TT2hUR

The dismissal came at a wrong time for Mumbai Indians with the team resurrecting the innings with Tilak Varma going steady. Pollard throwing away his wicket to the exact same plan that unfolded in 2010 and 2017 IPL finals further led fans to criticise the West Indian, who announced his retirement from international cricket last night.