Watch: Dwayne Bravo throws ball at Kieron Pollard after defensive shot; Pollard playfully smashes it and gives Bravo a kiss on his head

Dwayne Bravo and Kieron Pollard shared a fun moment in the field during the MI vs CSK game in IPL 2022.
By CX Staff Writer Thu, 21 Apr 2022 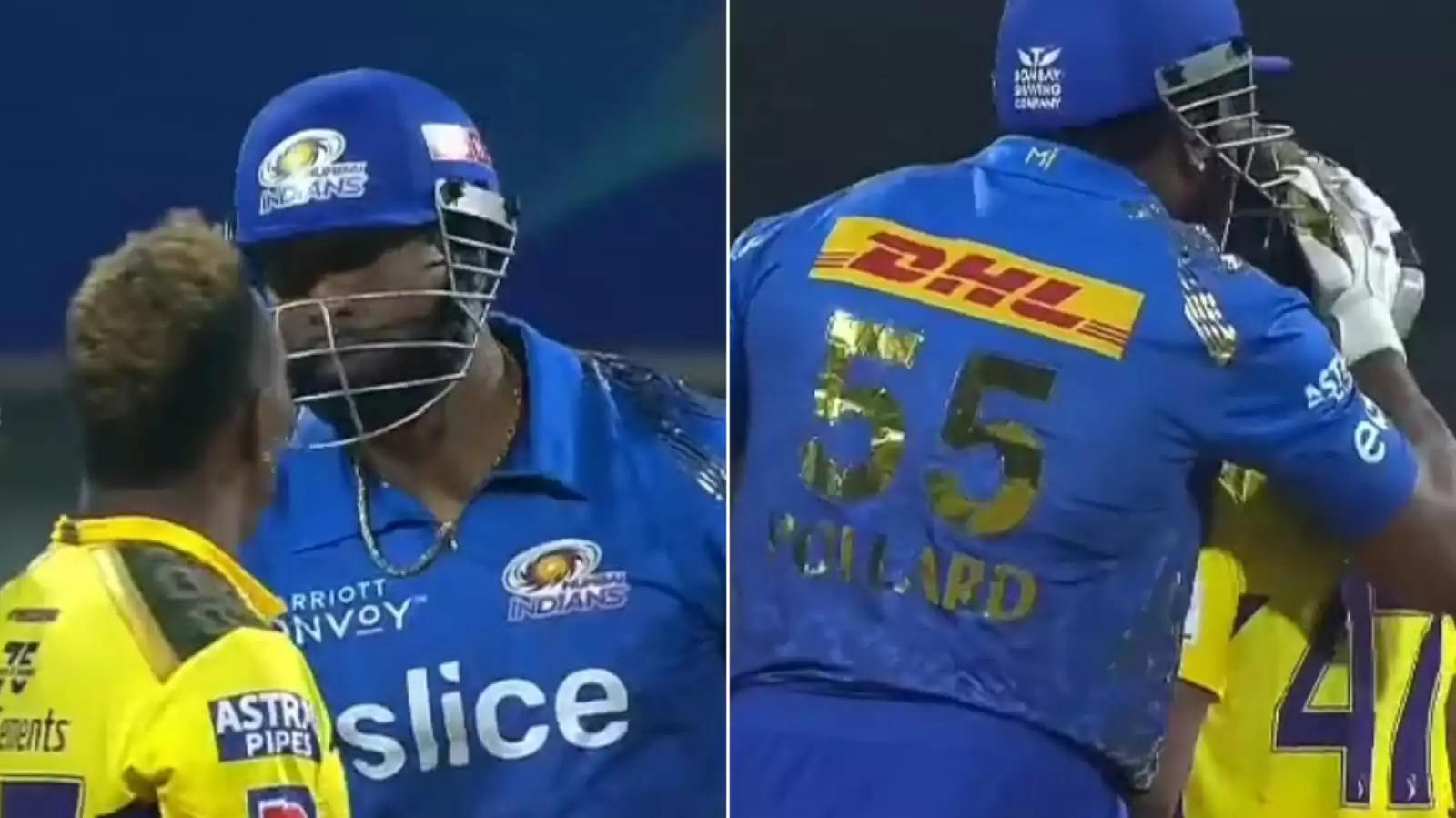 Recently retired Kieron Pollard and Dwayne Bravo had a fun exchange in the middle after CSK's West Indian all-rounder bowled an over at Kieron Pollard. After missing at good delivery off the penultimate ball, Pollard used the tactic of stepping out to play out Bravo.

Off the final ball in the 14th over, Pollard stepped out again and just defended a ball from Bravo right back at him. The CSK bowler picked the ball up and threw it straight back at Pollard, aimed at his face, in a playful manner. Pollard pulled the ball away in disdain, and quickly walked over to Bravo to give him a kiss on his head.

Watch Pollard swat away Bravo's playful throw before kissing him

The camaraderie between Bravo and Pollard is well known. Pollard was brought into the Mumbai Indians setup long back after Bravo recommended the fellow West Indies player to the Mumbai Indians management when he was with the franchise. The two share a very special bond and was even seen sharing a laugh before play began today.

The special moment received a mention from the commentators too, who lauded the good-natured banter between the West Indies players and the entertainment they provide on the field.