Watch: Kohli bows down to Suryakumar Yadav after his stunning onslaught against Hong Kong in the Asia Cup clash 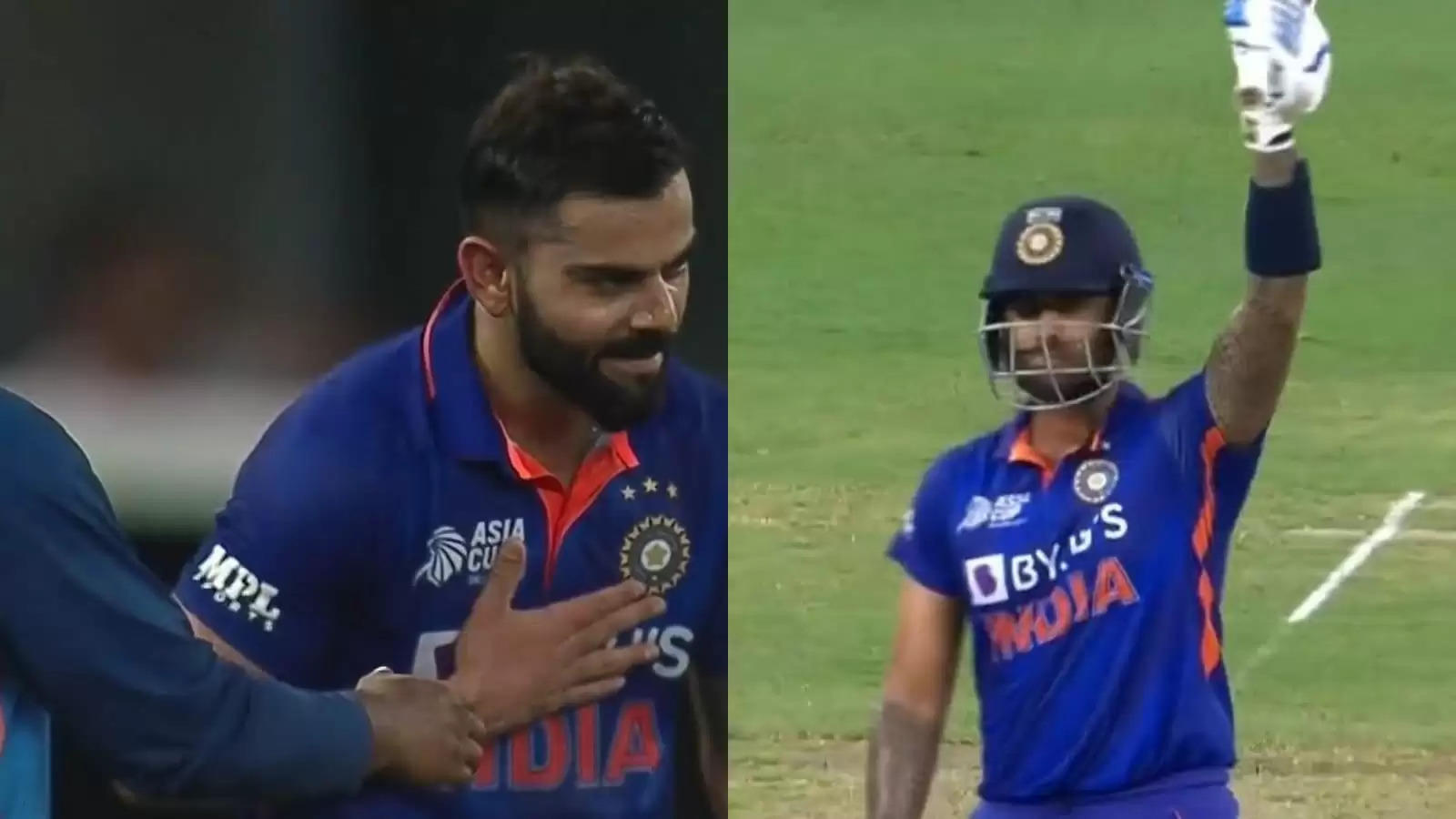 Suryakumar Yadav scored a quick fire 68 runs not out off 26 balls with 6 fours and 6 sixes as team India set a target of 192 against Hong Kong in Asia Cup. After a stunning last over, where he hit four sixes, he was walking off from the field, when his partner at the other end, Virat Kohli gave him a full bow for his stellar efforts.

Team India was struggling to score runs owing to the slow batting approach by KL Rahul and Virat Kohli. However, KL Rahul's wicket proved to be a game changer and in a good way. World's number 2 T20I batsman, Suryakumar Yadav came to the crease and runs started flowing for the team in form of fours and sixes. After 13 overs, the batting team was 94/2 and 150 looked like a distant score. But, Suryakumar Yadav's quick-fire of 68 runs off 26 balls took his team to a massive score of 192 runs at the end of 20 overs.

While it looked like others were having a tough time hitting the ball, Yadav made it look like a cakewalk. His batting approach helped Kohli to open his hand to score runs freely. Kohli added 44 balls and 59 runs with a single four and 3 sixes. The duo had a brilliant 98-run partnership in the last 7 overs. With his incredible power-hitting abilities, the Indian middle-order batsman scored 26 runs off the last over bowled by Haroon Arshad.

kohli knows the best how to appreciate his teammates 💙 pic.twitter.com/iaZfYIBmM0

In the mid-innings break, Yadav said, "I haven't practised those strokes, but I used to play rubber ball cricket with my friends when I was a kid and that is where these shots come from. The pitch was a little sticky before. Before I got out to bat, I spoke to Rohit and Rishabh and told them that I would try to take the tempo up and look for 170-175. I think we have a good score on this wicket."

Virat Kohli asking the crowd to cheer for SKY 🙌 pic.twitter.com/Q1ZxF0L8PC

Nizakat Khan, the captain of Hong Kong, who was taking part in their maiden tournament game, decided to bowl first after winning the toss. They used the same lineup that triumphed over UAE in Oman during the qualifying round. A win for India in this game will help them reach the super 4. Afghanistan has already qualified for the super 4 after defeating Bangladesh.