Rohit Sharma and Ravindra Jadeja were seen sharing a laugh after the coin landed in CSK's favour.
By CX Staff Writer Thu, 21 Apr 2022 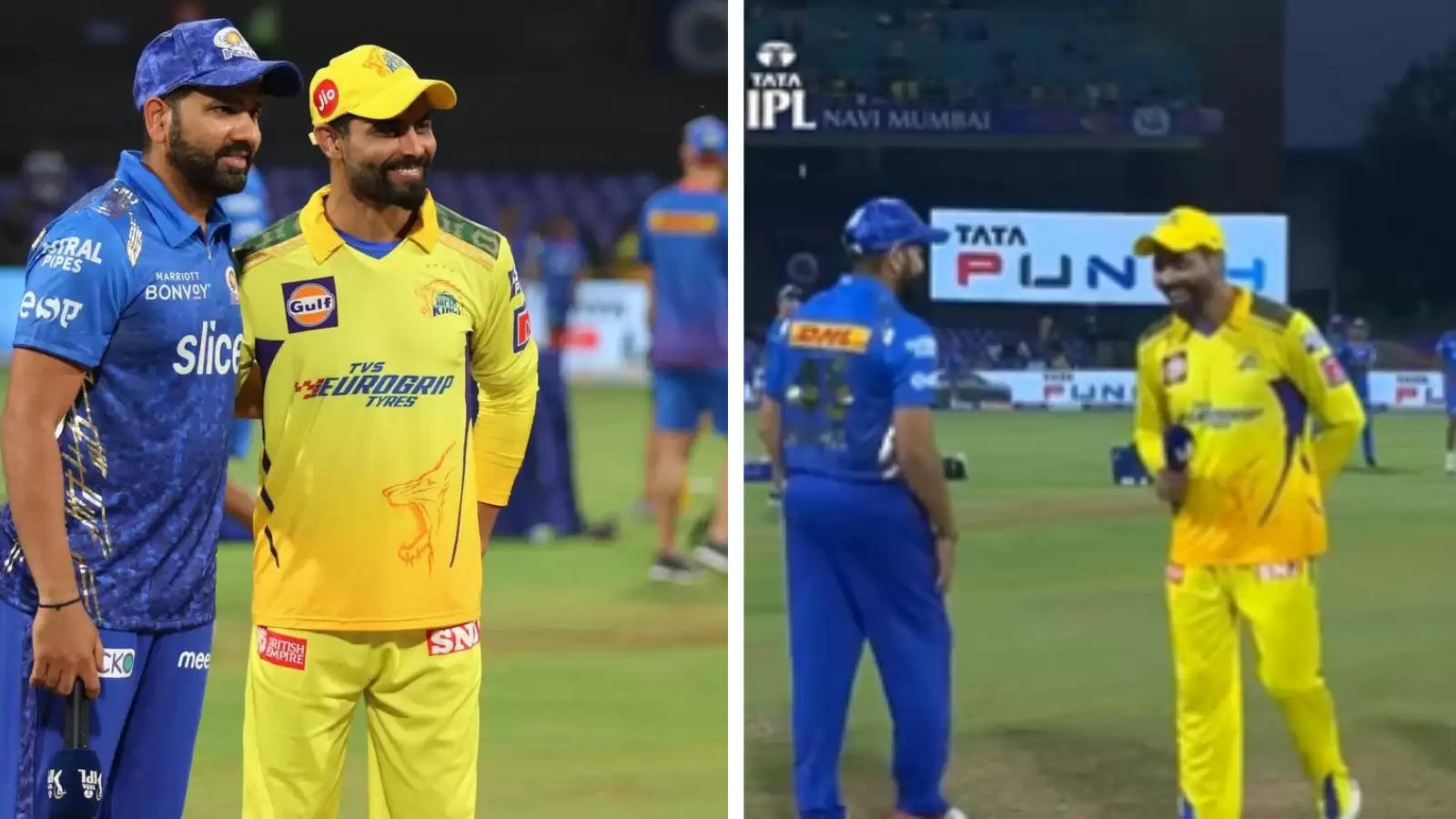 Chennai SUper Kings won the toss in the crucial clash between two of the most successful IPl teams and chose to bowl first, but the coin toss saw hilarious scenes after Ravindra Jadeja won the toss for CSK. Rohit Sharma, known for his cheeky ways, pushed across a comment after Jadeja won the toss that went viral on social media.

Jadeja and Rohit were seen sharing laughs as they crossed each other after the coin toss with Jadeja going over to Nick Knight to convey the opposite - that he would like to bowl first.

No team in IPL 2022 has won the toss and chose to bat first so far, with dew coming into play in the second innings and helping the team batting second. Chennai went ahead to bowl first and made the most of the moisture in the surface with Mukesh Choudhary sending back Rohit Sharma and Ishan Kishan in the very first over.

While Rohit chipped a catch to mid-on, Ishan Kishan was cleaned up by a full length ball from Mukesh. The CSK quick went on to add a third wicket in the powerplay overs, dismissing Dewald Brevis as the batter looked to play a cut shot off a ball that bounced off the surface and hit the top edge.