Ab de Villiers, in a chat with former Zimbabwe fast bowler and current commentator Pommie Mbangwa, talked about his friendship with his Royal Challengers Bangalore captain and teammate for 8 years, Virat Kohli. De Villiers stated that Kohli was a much deeper person than just a Cricketer, and conversations between the two of them reach […]
By CricXtasy Staff Tue, 12 May 2020 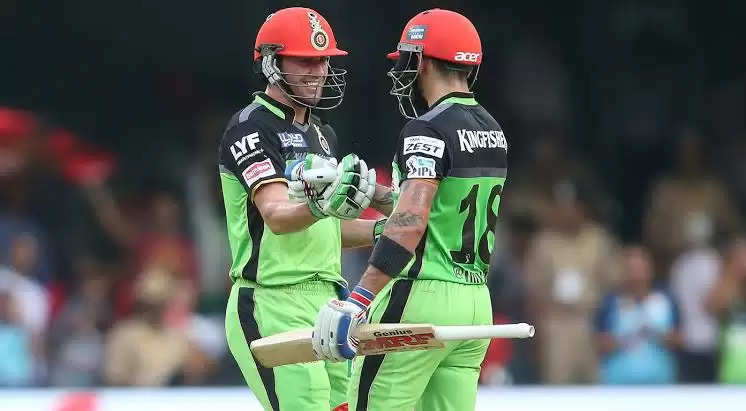 Ab de Villiers, in a chat with former Zimbabwe fast bowler and current commentator Pommie Mbangwa, talked about his friendship with his Royal Challengers Bangalore captain and teammate for 8 years, Virat Kohli. De Villiers stated that Kohli was a much deeper person than just a Cricketer, and conversations between the two of them reach far beyond Cricket.

When asked about who were his best friends among Cricketers, de Villiers replied,”Obviously when it comes to the IPL in India, it’s been more than friendship. Virat, obviously, not only during the ipl, we chat throughout the year, which means it’s different than just the IPL or cricketing friendship.”
“From a South Africa point of view, I’ve stayed in touch with Morne Morkel, Faf (du Plessis)and Dale (Steyn). Dale and I have come a long way together as well, I mean we’ve known each other since we were school kids and in primary school. JP (Jean-Paul Duminy) as well. There’s no real best friend when it comes to cricket, you just hang out a bit more with one or two.”

Speaking more about his friendship with Kohli, de Villiers continued, “He’s much deeper than just a cricket player….I think most people realise after a while that there’s more to life than just cricket. I think we all fall into that bubble initially. But Virat’s always been a thinker, he experiments a lot of things, he loves trying new things out… gym wise, what he puts in his mouth. He thinks a lot about life after life, what’s to come, the different religions, we talk about everything.
We go pretty deep and his missus as well, Anushka, we have very deep conversations, which is fantastic. We talk about children and family. We’re waiting for that first little Kohli to come. It’s a good friendship and we always find a way to talk about cricket as well, but 90% of the time we talk about other stuff. It’s refreshing and in the middle of a very intense IPL tournament.”

When asked who the better batsman is between Kohli and Steven Smith, de Villiers cleverly gave a diplomatic answer, comparing the two to two of the most iconic tennis players of recent times.
“It’s a difficult one, but Virat is definitely the more natural ball-striker, there’s no doubt about that. In tennis terms, I’d say he’s more like a (Roger) Federer whereas Smith is like a (Rafael) Nadal. Smith is mentally very strong and figures out a way of scoring runs, he doesn’t look natural, but he ends up writing records and doing amazing things at the crease. I think mentally, Smith is one of the best I have ever seen. Virat has also scored runs all over the world and won games under pressure.”

Mbangwa then went on to ask de Villiers to compare between Kohli and Sachin Tendulkar, his predecessor as India’s superstar best batsman. De Villiers gave the younger man the edge in one department, that is, chasing targets.
“Sachin is a role model for both of us, the way he stood out in his era, the things he achieved and with the grace he did all that is a great example for everyone, and I think Virat will also say that he set the standards for us to follow.”
“But personally, in a chase, I’d say Virat is the best I’ve seen in my life. Sachin was amazing in all formats and all situations, but Virat comes out on top while chasing,” de Villiers concluded.