South African great Shaun Pollock is concerned about players at their peak choosing county cricket over the national team in his country but says it is a problem “you can’t fix as sport has become business”. Earlier this year, 27-year-old pacer Duanne Oliver took the Kolpak deal after playing just 10 Tests for South Africa. […]
By PTI Fri, 4 Oct 2019 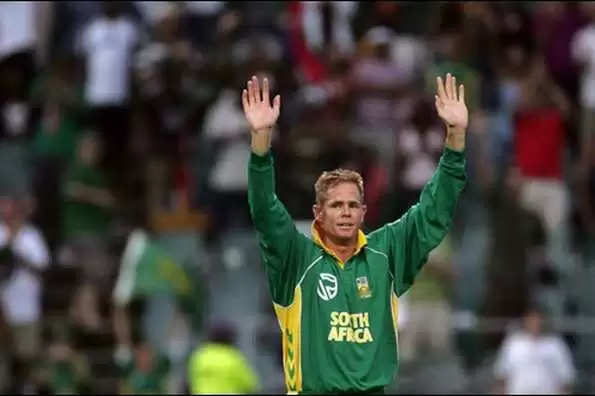 South African great Shaun Pollock is concerned about players at their peak choosing county cricket over the national team in his country but says it is a problem “you can’t fix as sport has become business”.

Earlier this year, 27-year-old pacer Duanne Oliver took the Kolpak deal after playing just 10 Tests for South Africa. Another fast bowler, Kyle Abbott had done the same in 2017. Morne Morkel too signed a Kolpak deal to play in county cricket but that was after he announced retirement as a 33-year-old last year.

“Well you want to have as many players to pick from and you can’t fix it (this problem). That is how it is in the modern day. In the old days there wasn’t much financial gain in playing sport. People just made themselves available playing for the country. Now it is business,” Pollock told PTI here on Friday.

Since 2004, South Africa has had the maximum number of Kolpak players but two which hurt them in recent times were pacers Abbott and Oliver.

“It is not ideal because strength comes from depth and when your depth gets taken away it gets more challenging,” said the 46-year-old former South Africa captain who featured in 108 Tests and 303 ODIs.

Cricket South Africa also has a quota system in place which requires the national team to field an average of six players of colour over the course of a season.

“I think we have just a lot a big players retiring over the last few years. Rebuilding takes time, getting the guys to become big players, when you lose the likes of de Villiers, Amla, Steyn, you can’t replace them overnight.”

South Africa put on an unexpected fightback on day three of the first Test against India through Dean Elgar and skipper Faf du Plessis. Pollock said he expected his team to bounce back.

“I did expect a fight but how successful they will be I wasn’t sure. I did expect it from the most experienced campaigners in Elgar and du Plessis. None of the guys who got out yesterday have been to India before but it is still a big ask to come here and you do learn your lessons.

“When you are faced with a problem for the first time you know you can learn a massive amount, what the bowlers do with the ball and things like that,” he reasoned.

Barring Vernon Philander, none of the pacers troubled the Indian batsmen including Kagiso Rabada. One of best all-rounders to have played the game, Pollock expects the fast bowlers to improve significantly over the course of the three-Test series.

“…you have not played Test cricket for six months and you come here and these conditions are flat. They will start to work things out. By the next Test it will get better and by the last game plans will be perfect.

“You have a small window of opportunity (to take wickets) in these conditions. The first eight overs and when the ball is reversing are important,” said Pollock, who made more than 7000 runs in international cricket besides picking up more than 800 wickets.