Andrew Symonds reveals about his broken ties with Michael Clarke

Symonds was the second most expensive player in the IPL 2008 auction when Hyderabad franchise picked him for INR 5.4 crore.
By CX Writer Tue, 26 Apr 2022 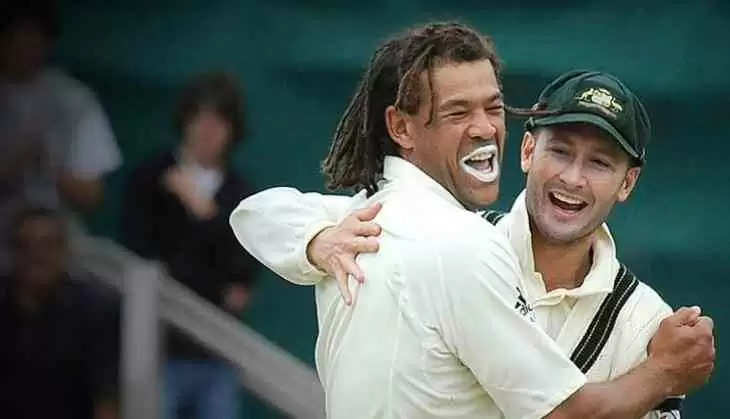 Symonds' career was filled with controversies with monkeygate scandal at the center of it.

Former Australia cricketer Andrew Symonds’ career was filled with controversies. While the monkeygate scandal was the highlight of his career, Symonds was also in headlines for a lot more wrong reasons. Having said that, he was one of the best batters for Australia during the first decade of 21st century. But unfortunately, he is remembered more for off the field incidents in his career.

One of those incidents happened when Michael Clarke became Australia’s captain. They were good friends until Andrew Symonds missed a team meeting and instead went for fishing. Clarke sent him back from a One-Day series for not attending a team meeting.

Meanwhile, Symonds had also become the most expensive player in the auction for the inaugural edition of the IPL. He was snapped up by the Hyderabad franchise, Deccan Chargers, for INR 5.4 crore. Symonds reckons this is when his friendship with Clarke went south. He also revealed that they are no more friends even now but also said that he respects the former Aussie skipper.

“I guess Money does funny things. It’s a good thing but it can be a poison and I reckon it may have poisoned our relationship. I’ve got enough respect for him to probably not go into detail about what was said. My friendship with him is no longer and I’m comfortable with that, but I’m not gonna sit here and start slinging mud,” Symonds said while speaking on The Brett Lee podcast.

Symonds also went on to play for Mumbai Indians later in his IPL career. He last played in the cash-rich league in 2011. The all-rounder played a total of 39 matches in the glittering T20 tournament scoring 974 runs at an average of 36.07 and a strike-rate of 129.87. He also scored a ton during his stint in the IPL and smashed five fifties too.

Symonds was no mug with the ball picking up 20 wickets at a strike-rate of 26.35 and his economy rate of 7.67 proves he fared decently.