AUS vs PAK 2nd Test: Nathan Lyon registers a five-wicket haul as Australia beat Pakistan with a day to spare

Adelaide, Dec 2 (AFP) Spin king Nathan Lyon registered a five-wicket haul, including dangerous half-century makers Shan Masood and Asad Shafiq, as Australia wore down a stubborn Pakistan to clinch the second Test and wrap up the series 2-0 Monday. Pakistan resumed day four of the day-night match on a precarious 39 for three with […]
By PTI Mon, 2 Dec 2019 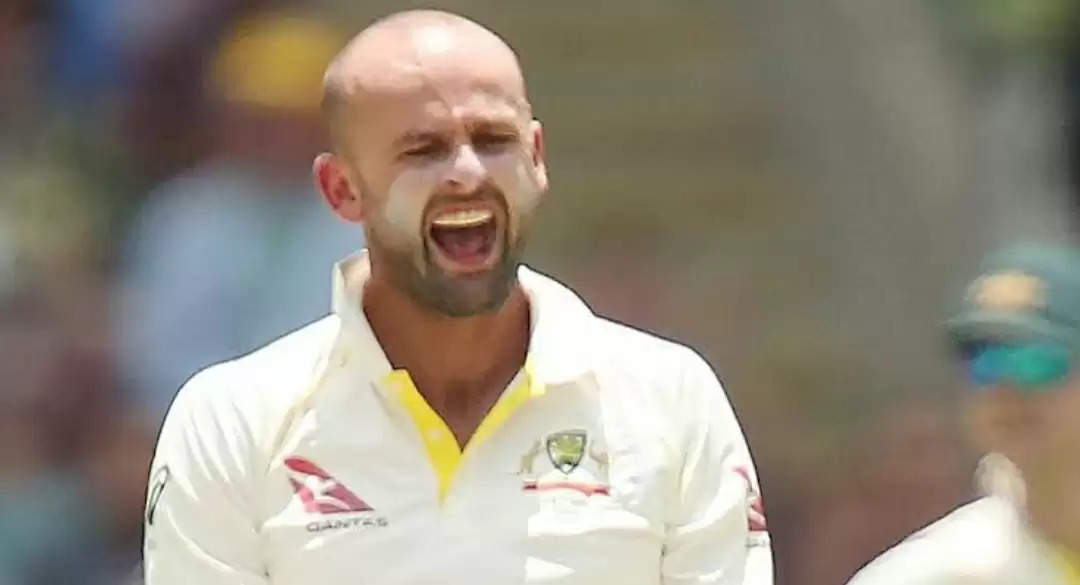 Adelaide, Dec 2 (AFP) Spin king Nathan Lyon registered a five-wicket haul, including dangerous half-century makers Shan Masood and Asad Shafiq, as Australia wore down a stubborn Pakistan to clinch the second Test and wrap up the series 2-0 Monday.
Pakistan resumed day four of the day-night match on a precarious 39 for three with Masood not out 14 and Shafiq on eight after being bowled out for 302 in their first innings and forced to follow on.

It followed Australia’s mammoth 589 for three declared, built around David Warner’s exceptional 335 not out — the 10th highest Test score of all time.

Needing another 248 to force Australia to bat again and avoid a second successive innings defeat, they had a decent crack but were eventually all out for 239 with the home team claiming victory by an innings and 48 runs.

Also Read:  “Was getting ready to congratulate Warner”, says Brian Lara
It was Australia’s sixth consecutive win in a pink ball Test — four of them at Adelaide — with every day-night Test played so far since the concept was introduced in 2015 producing a result.

“David and Marnus (Labuschagne) have been unbelievably good. We all witnessed a special knock from David Warner. It is among the top one or two innings ever by an Australian.”

Lyon was Australia’s saviour, finishing with 5-69 on a lifeless pitch that offered little for the home side’s fast bowlers, who were made to toil.

It was his 16th five-wicket haul and his first against Pakistan, who have lost all four Tests they have played this year after two defeats to South Africa in January.

Defeat continued Pakistan’s appalling record in Australia, where they have now crashed in 14 consecutive Tests.

“I would like to congratulate Australia and especially David Warner,” said Pakistan skipper Azhar Ali.

“We have been beaten by a better team. We will take some positives from here. As a bowling unit, we need to control the scoring rate.”

At least they offered some resistance on Monday, with Masood, who models himself on England’s Alastair Cook, playing some glorious strokes as he assumed a leadership role after Babar Azam and captain Azhar Ali fell cheaply on Sunday evening.

His sixth Test 50, in his 17th Test, arrived with a boundary off Lyon, his sixth four, before he chipped the spinner to mid-off on 68 where Mitchell Starc collected an easy catch.

Shafiq, who has 12 Test hundreds to his name, proved to be Masood’s equal and brought up his 25th half-century with a single off Josh Hazlewood.

But Lyon struck again, with Shafiq getting a thin edge to a flighted ball that carried to Warner at slip and he was gone for 57.

Lyon then removed Iftikhar Ahmed, caught at short leg by Labuschagne for a battling 27, before trapping surprise first-innings century-maker Yasir Shah lbw for 13.

Shaheen Afridi became his fifth victim, caught at mid-off by Hazlewood on the last ball before dinner.

The new pink ball was taken when they returned and with the lights on it didn’t take long to finish off the tail, with Hazlewood clean-bowling Mohammad Rizwan for 45 and Mohammad Abbas run out.

Warner’s triple century was the highlight while Labuschagne shored up his burgeoning reputation by making 162 to go with the 185 he made in the first Test at Brisbane.

Mitchell Starc was the destroyer in Pakistan’s first innings, taking 6-66 to reinforce his position as perhaps the best pink-ball bowler in the world.

Tougher opposition awaits them with the arrival this month of New Zealand for three Tests — in Perth, Melbourne and Sydney.