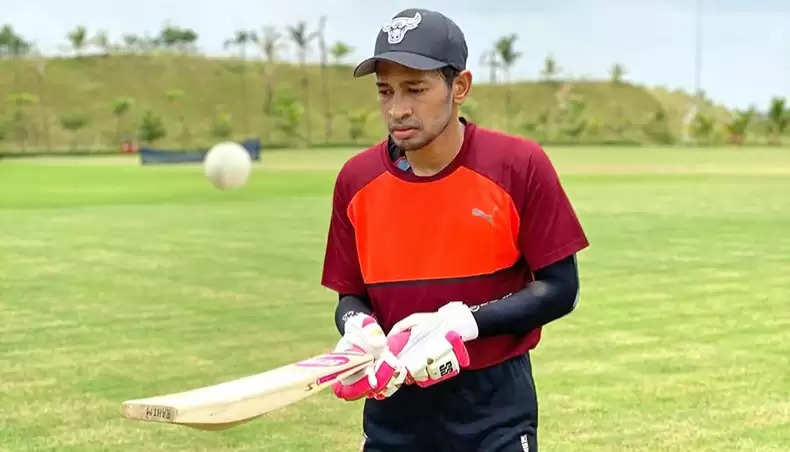 Nine Bangladesh Cricketers, spread across four venues, have resumed training under stringent guidelines issued by the Bangladesh Cricket Board. International regulars Mushfiqur Rahim, Mohammed Mithun and Shafiul Islam trained at the Sher-e-Bangla National Stadium in Mirpur, Dhaka, while fast bowler Khaled Ahmed and left-arm spinner Nasum Ahmed trained in Sylhet. Nurul Hasan and Mahedi Hasan trained in Khulna, while the rain didn’t allow Nayeem Hasan to train in Chattogram. Imrul Kayes is scheduled to train in Dhaka on Monday. Rahim had also trained at another ground on the outskirts of Dhaka last week.

The new guidelines are as follows:

Other than the new guidelines, the Bangladesh Cricket Board is also following its usual regulations. The temperature of the players are checked before letting them into the ground, and hand sanitisers and sprays are readily available. The bowling machine operator picked up the balls played by the batsmen, as was the case when Rahim and Mithun batted in the indoor nets. The second player entered the ground after half an hour of the first player’s conclusion in training.

ALSO READ: Bangladesh Cricketers need to be honest and open up about mental fatigue: Russell Domingo

BCB’s Cricket operations chairman Akram Khan said, “We have had requests from players to train since before last Eid (in May), but we didn’t encourage them. The situation wasn’t good, and neither is it okay now. But we have had the ground and training facilities ready since May, so we decided to open them for players this time. As long as the pandemic situation remains the same, this is how the training will be arranged. Obviously if it improves, we will be back to full training immediately.”

“We are okay with them staying at home. If any of them want to join the training, we will arrange a schedule for them,” he added.

Bangladesh have had several series postponed due to the pandemic, including a three-match Test series in Sri Lanka which was scheduled for July. The two-Test series against New Zealand at home, supposed to be held in August, has also been postponed, as is the Asia Cup. With the T20 World Cup also in doubt, the BCB’s next biggest revenue source in 2020 remains the Bangladesh Premier League, scheduled for the end of the year.

The board is currently looking at the possibility of resuming the Dhaka Premier League, their domestic one-day competition, in September, as hundreds of non-contracted cricketers are struggling financially. Opening batsman Tamim Iqbal decided to opt against playing in the Caribbean Premier League mainly to play in this competition.