‘Why give his name for the IPL auction then?’ – BCB President Nazmul Hassan questions Shakib Al Hasan’s committment

Bangladesh Cricket Board President Nazmul Hassan has hit back at Shakib Al Hasan’s request for a break from international cricket, questioning why he put his ring in the hat for the IPL auction, where he eventually went unsold, if he was tired. On Sunday, Shakib had told ESPNCricinfo in an interview that he wasn’t motivated […]
By CricXtasy Staff Writer Tue, 8 Mar 2022 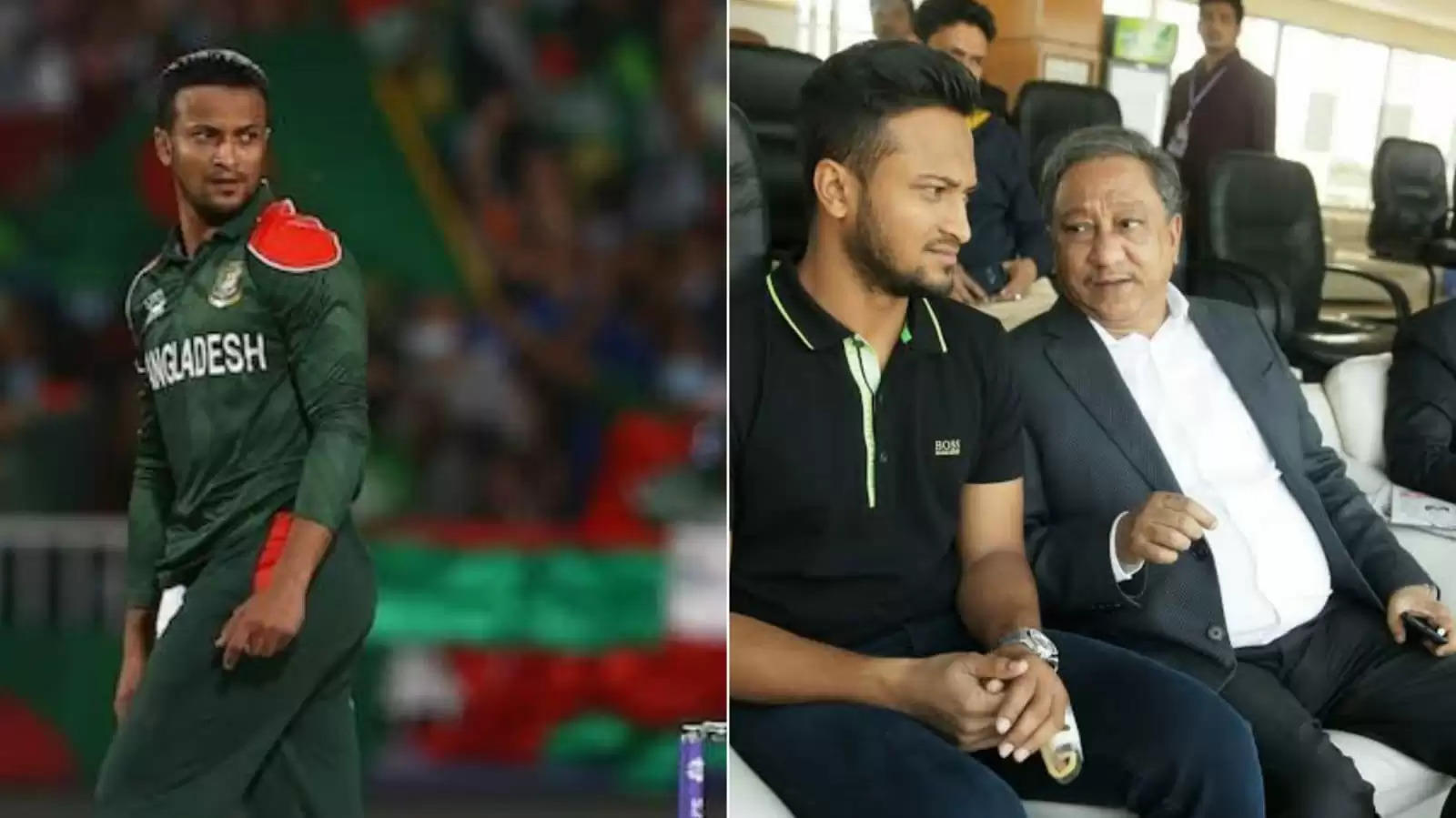 Bangladesh Cricket Board President Nazmul Hassan has hit back at Shakib Al Hasan’s request for a break from international cricket, questioning why he put his ring in the hat for the IPL auction, where he eventually went unsold, if he was tired. On Sunday, Shakib had told ESPNCricinfo in an interview that he wasn’t motivated enough to tour South Africa.

“Considering my mental and physical state, I don’t think I can play so much international cricket,” Shakib said to ESPNCricinfo. “If I get a break, if I get my interest back, I can play with more ease. I was like a passenger in the Afghanistan series, which is never desirable. I didn’t enjoy the ODIs and T20Is. I don’t think I should be in the South Africa tour with such a mentality. I want to meet everyone’s expectations when I am playing. There’s no guarantee of my best performance, but at least I will know that I tried hardest for the country. I don’t want to waste the time or someone’s spot. Playing in this way, as a passenger, it will be like betraying or cheating my team-mates and the country.”

While admitting he conveyed to Nazmul Hassan that he would tour for both legs of the South Africa tour earlier, Shakib said he was reconsidering his choice during the Afghanistan series. The all-rounder said that he would ideally sit down with the BCB and they would chalk a year-long plan for his availability. Bangladesh leave for South Africa on March 12 with the ODIs starting March 18 and the two-match Test series beginning on March 31.

Nazmul Hassan, who was clearly unhappy at Shakib picking and choosing matches, warned that the board “will have to take decisions that no one will like” if the players aren’t professional.

“I think it is logical to think that if he was in a poor physical and mental state, he wouldn’t have given his name in the IPL [auction],” Hassan said. “But he went ahead with it. So, does it mean that if he got his IPL contract, he would have said the same thing? We can’t do anything if he doesn’t want to play [for Bangladesh]. But he can’t keep saying I will play this game, I won’t play that game. We are soft on those who we love, but they also have to be professional. Otherwise we will have to take decisions that no one will like.”

Reportedly, Shakib had discussed with the board about playing just limited-overs cricket in 2022 although he consistently maintained that he wasn’t retiring from Test cricket. “I didn’t want to leave Tests totally, but because we are finding a bit of balance in the Test side, I felt that if I focus on white-ball, considering my age and physical fitness, I could have done better in ODIs and T20Is,” Shakib said.

While he made himself available for the IPL auction despite the Test tour of South Africa clashing with the first two weeks of IPL, he didn’t get a bid and went unsold. Consequently, the BCB assumed that he would be available for the Test series. He, however, agreed to tour South Africa post that for both the ODIs and Tests, and was named in the Bangladesh squad for the tour.

Bangladesh also name the Test squad for the tour

Bangladesh have won one Test and lost three in this #WTC23 cycle so far.#SAvBAN https://t.co/uQW5e5vLaH pic.twitter.com/uLfagUNnyG

On Sunday, though, Shakib went back on his statements, stating that he wanted a break from international cricket and could possibly skip the ODIs to be ready for the Tests. BCB has sent clear instructions to players to inform beforehand about their availability or retirement. Notably, Mahmudullah also drew flak from Nazmul Hassan for retiring midway through a Test series.

WATCH: David Warner Maintains His Calm Despite Pakistan Bowlers Riling Him Up