Cheteshwar Pujara and Mohammad Rizwan produced a terrific stand for Sussex in their Division 2 county game against Durham.
By Kashish Chadha Sat, 30 Apr 2022 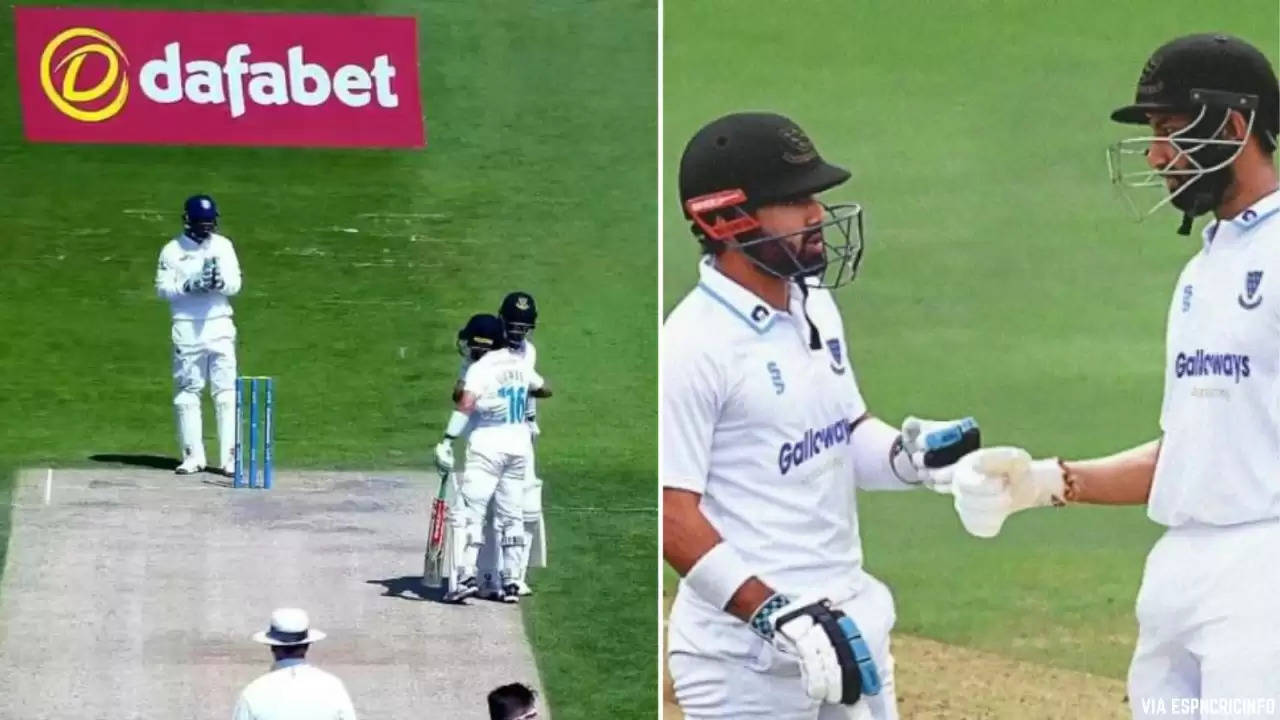 Joining his Indian partner with Sussex 350/5, Mohammad Rizwan made 79 in partnership with double centurion Cheteshwar Pujara.

Fans react as Cheteshwar Pujara hits second county double ton batting alongside Mohammad Rizwan. Out of reckoning from the Indian team, Cheteshwar Pujara continued his excellent run through a stint with County Championship club Sussex in England. After producing a double ton and a century in his first two matches for the prominent English club, the veteran batter struck another marathon knock playing against Division 2 rivals Durham.

Taking a great liking to the conditions at the county ground in Hove, the stoic and determined right-hand batter produced an exceptional knock. What made the innings from Cheteshwar Pujara special and memorable is the fact that a lot of it came batting alongside Mohammad Rizwan, the Pakistan wicketkeeper-batter on a stint with Sussex.

Cheteshwar Pujara shared an outstanding sixth-wicket partnership with Rizwan, who joined his Indian teammate with Sussex well placed at 350/5. From there, the Indo-Pak duo added 154 runs for their stand, taking their team to a giant 504 before their separation to help Sussex overhaul Durham by 282 runs.

Rizwan produced a brilliant knock of 79 off 145 balls at his hand, making his first stand-out contributions for the latest county stint in the UK in a partnership with one of India's finest batters, who is a comeback trail.

The Pujara-Rizwan stand got the fans smiling, as they soaked in the rare case of an Indian and a Pakistani batting together and delivering the goods.

Here is how a few of them reacted:

The knock against the Durham added strength to Cheteshwar Pujara's comeback claim. The batter has been absolutely terrific since joining the Sussex camp.

The 34-year-old made an unbeaten 201 against the Derbyshire in the first game of his latest county stint, before backing that up with a first-innings knock of 109 against Worcestershire and now another classic batting effort versus Durham.