Source: George Dobell, ESPNCricinfo The organisers of the Caribbean Premier League (CPL) have announced that they have decided to schedule the tournament from the 18th of August to the 10th of September. But, due to the COVID-19 pandemic, it has been decided to schedule the entire league in Trinidad and Tobago, behind closed doors, subject to […]
By CricXtasy Staff Fri, 12 Jun 2020 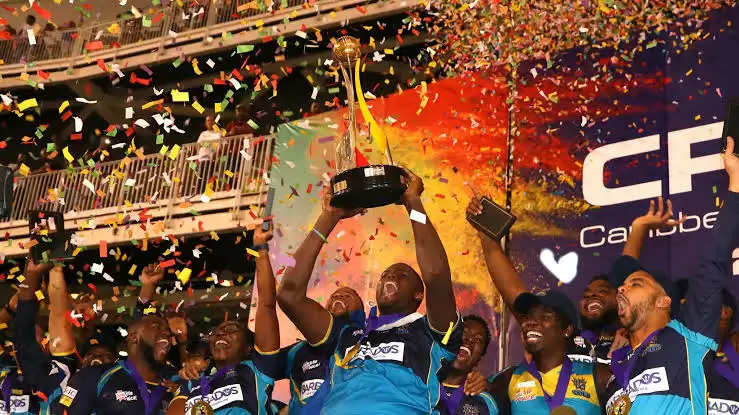 Source: George Dobell, ESPNCricinfo
The organisers of the Caribbean Premier League (CPL) have announced that they have decided to schedule the tournament from the 18th of August to the 10th of September. But, due to the COVID-19 pandemic, it has been decided to schedule the entire league in Trinidad and Tobago, behind closed doors, subject to the approval of the government.

The top-paid Cricketers are expected to accept a salary cut of up to 30% compared to last year. There will be no salary cut for players under the bracket of US$20,000.

Players are currently required to arrive in Trinidad by August 1 in order to satisfy the quarantine period mandated by the Trinidad & Tobago government. There is a possibility that this quarantine period could be lifted, at least for Cricketers from certain nations, in due course.

With the schedule for the tournament cramped up due to the availability of a smaller window, it will feature double-headers on Tuesday, Wednesday, Thursday, Saturday and Sunday and only three matches – two semi-finals and a final – in the play-offs rather than the usual four. Games will start at 10am and 5.30pm during the week and 10am and 2pm on weekends.

All players will stay in the tournament hotel in conditions overseen by a medical advisory committee. Match officials will also be expected to take a 30% pay cut, which has been already done by most of the CPL staff.

Michael Hall, the operations manager for the CPL, wrote in an update sent to various stakeholders, “Should the tournament take place it will take place entirely in Trinidad & Tobago, which is the most successful country in the Caribbean in controlling the spread of the virus, recording just one new case since April 30 and just 117 total cases overall. One of the consequences the COVID-19 pandemic will have is that the CPL will be played behind closed doors in 2020. We were therefore faced with the very difficult decision of whether to play the tournament at all. We also felt strongly that it is important for cricket to be seen to be getting underway again as well as to show the world that the Caribbean is open for business.”
“We have taken the decision to stage the tournament (subject to final approval from the government of Trinidad & Tobago, which we expect next week). I can advise that the tournament period will be from August 1 to September 12, with the first matches on August 18 and the final on September 10.”

Although the confirmed date for the draft for this edition’s CPL has not been decided upon yet, it is expected to be at the end of June. Players who have already signed contracts will be asked to sign a “variation letter” agreeing to a cut.

Hall further wrote the following for the same, “We accept we are asking players to give up a portion of their salary. However without such a gesture it will be impossible to run the tournament, so we need to be clear that non-acceptance of the proposed reductions will result in your clients already under contract being replaced, or if not already contracted, being removed from the draft list.”