Cricket Australia release their schedule for the season 2020/21

Cricket Australia have officially released their International schedule for their upcoming Cricket season. According to the schedule, Australia will be playing international cricket in every month from August to February, as CA chief executive Kevin Roberts added that it is subject to change amid the uncertainty of the coronavirus pandemic. He said in a statement released […]
By CricXtasy Staff Thu, 28 May 2020 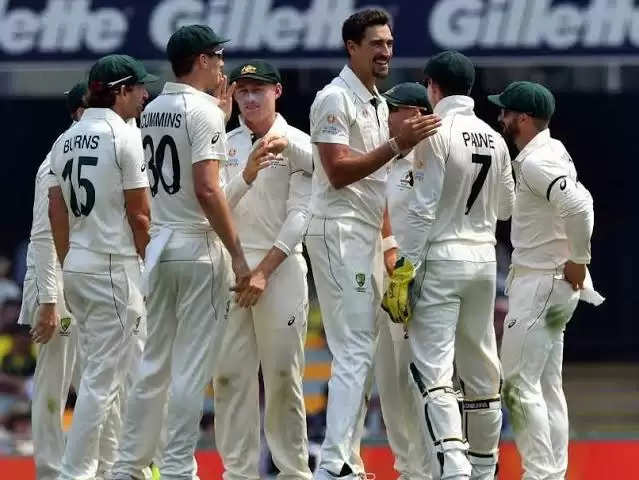 Cricket Australia have officially released their International schedule for their upcoming Cricket season. According to the schedule, Australia will be playing international cricket in every month from August to February, as CA chief executive Kevin Roberts added that it is subject to change amid the uncertainty of the coronavirus pandemic.

He said in a statement released by the board, “While acknowledging the difficulty in navigating a global pandemic, we are nonetheless encouraged by the progress Australia is making in combating the coronavirus and the positive impact that is having on our ability to host an exciting summer of cricket in 2020-21. We know that circumstances or events beyond our control could mean that the final schedule potentially may look different to the one released today, but we’ll be doing everything we can to get as much international cricket in as possible this summer. We will communicate any changes to the schedule if or when they are required.”

As it was expected, the Australian men’s team’s schedule confirms details of the 4 Test matches against India and the one off Test against Afghanistan. It also contains ODIs against India, the Blackcaps and Zimbabwe, as well as T20 Internationals against India, New Zealand and the West Indies.

The International Cricket Council are set to meet tonight to discuss the fate of the men’s T20 World Cup that is scheduled for October and November, while the main event in this Australiam summer is undoubtedly the 4 Test series against Virat Kohli’s Indian side, which Roberts last week rated “a 9 out of 10” chance of going ahead.
Australia are scheduled to begin their bid to reclaim the Border-Gavaskar trophy at the Gabba, with the Brisbane ground edging out Western Australia for the coveted fixture.

Afghanistan’s first Test match on foreign soil is set to be played at the WACA, starting from November 21, followed by the 4 Test match series between the hosts and India.
WACA chief executive Christina Matthews today said contractual obligations meant the Test would be played at the 60,000-seat venue, which is also scheduled to host several T20 World Cup matches if that tournament proceeds, rather than the WACA Ground, which is left without any scheduled international cricket in the 2020-21 season.

The 4 Test match series will be followed by 3 ODIs, which are to be played at the Optus Stadium, Perth, the MCG and the SCG.

As for the Australian Women, they will start off their summer with 3 T20Is against New Zealand, all of which are to be played at the North Sydney Oval, in the last week of September. They will then play three ODIs against the same opposition on October 5, 7 and 10 in Townsville, Cairns and the Gold Coast respectively in what will be important clashes ahead of the World Cup.

The ODI squad, led by Meg Lanning, are also scheduled to take their World Cup preparations up a notch with an important series against India, with games on January 22 at Manuka Oval in Canberra, January 25 at Melbourne’s Junction Oval and January 28 at Hobart’s Blundstone Arena. Australia are scheduled to begin their 50 over World Cup campaign on February 7 in Auckland.
The Aussie men are also scheduled to resume the Chappell-Hadlee ODI showdown with New Zealand on Australia Day in Adelaide, with two more ODIs to follow in Canberra and Hobart.
Australia played just one of three matches, in retro kits, against New Zealand in March before the COVID-19 pandemic took full effect.

The home men’s international summer is then scheduled to end with a one-off T20 against New Zealand on February 2 in Sydney.
Men’s international matches that are part of the ICC’s Future Tours Programme for this year have also been scheduled for well before the summer heats up. After a 12-year absence of  international cricket in the Top End, Zimbabwe are set to tour Australia for a 3 match ODI series between August 9 and 15. The venue for the first two matches remains to be confirmed, Darwin has been floated given the time of year, while the third has been scheduled for Townsville. This would be Zimbabwe’s first tour to Australia since 2003/04. But, due to begin in just 73 days, the series may be at risk due to the COVID-19 pandemic. CA’s statement said: “Final details will be confirmed in the coming weeks after consultation with relevant stakeholders.”
The series would also mark the first ever visit by a senior Australian men’s team to Townsville’s Riverway Stadium.

A total of six T20Is have also been scheduled for October ahead of the men’s T20 World Cup, scheduled to commence from October 18.
While the fate of the World Cup remains in the balance, Cricket Australia have scheduled matches against the West Indies in Townsville, Cairns and the Gold Coast on October 4, 6 and 9 respectively as well as games against India at the Gabba, Manuka Oval and the Adelaide Oval on October 11, 14 and 17.

There are still doubts over whether the matches will be held behind closed doors or not. Roberts said, “We will continue to assess whether it is possible for them to attend matches in person, however if it is not deemed possible, we already have a solid blueprint in place. We will not rush any decisions however it’s crucial for us all to have a blueprint to work from to deliver cricket safely. Australian cricket will survive and thrive after the coronavirus pandemic dissipates, just as we have after world wars, depressions, recessions and the many other challenges that have confronted us over the past 140-plus years.”