Ben Stokes would not be my pick as captain: Kevin Pietersen

Kevin Pietersen, former England Cricketer stated in an interview with the betwayinsider that if it were up to him, he would have picked Jos Buttler as England captain for the first Test against West Indies instead of Ben Stokes, in the absence of Joe Root. Also Read: Joe Root set to miss first Test, Ben Stokes to […]
By CricXtasy Staff Tue, 7 Jul 2020 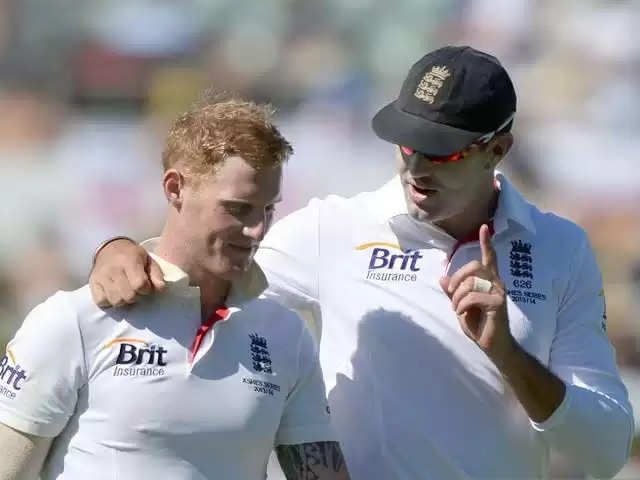 Kevin Pietersen, former England Cricketer stated in an interview with the betwayinsider that if it were up to him, he would have picked Jos Buttler as England captain for the first Test against West Indies instead of Ben Stokes, in the absence of Joe Root.

The former Natal born middle order batsman, who played 104 Test matches and 136 One Day Internationals for England said, “I wouldn’t have picked Ben Stokes to stand in for Joe Root as captain, I would have picked Jos Buttler.
Stokes is the type of player that I was discussing earlier – he loves the crowd, and he’s a proven performer in testing conditions with a lot of energy around him. These will be testing conditions, but there will be no energy at all. That’s something that the players will have to generate for themselves.”

“He’s also the best player in the team. Is the best player always the best choice as captain? I’m not so sure. I can speak from personal experience. As soon as you are named captain, your responsibilities change and the dynamic completely changes. It’s no longer about Stokes being a superstar batsmen or taking vital wickets, it’s about how he manages people. He could face a little bit of animosity from certain sections of the dressing room if he asks people to do something they don’t want to, or makes a couple of unpopular decisions,” Pietersen added.

“He will have to do a lot more press and will face a lot more scrutiny. That’s not necessarily fair on somebody who already does so much for the team. I’m not saying that he’s going to a bad job, it’s just going to be interesting. I will add, if you are offered the captaincy, then there is no way you can turn it down. It’s a great position to be in and I wish him all the best.”

ALSO READ: Ben Stokes plays for his team, not for his own numbers, says Anand Chulani

Pietersen also stressed on the importance of having James Anderson and Stuart Broad as first choice fast bowlers for the series.

“England have got a wonderful bowling attack that did really well in South Africa earlier in the year. They’ve got a variety of fast bowlers, so who they select of Mark Wood, Jofra Archer and Chris Woakes in the final XI really comes down to what the conditions are like. For now, Jimmy Anderson and Stuart Broad are still dead certs. In the first Test of the summer, after a long break, you go with them and see how they get on.”

“There are certainly plenty of options, though. West Indies have got a really good bowling attack, with Kemar Roach and Alzarri Joseph, but it’s about their batsmen. They haven’t had many great ones for a few years now. The Ageas Bowl is one of the best venues to bat in the country – the pitch has good bounce and is evenly-paced. There should be plenty of runs, but can West Indies really score 400 in the first innings of a Test match? That could decide the series,”