After the likes of Rohit Sharma, Jasprit Bumrah, Virat Kohli and Yuzvendra Chahal, Shikhar Dhawan took part in an Instagram Live Session, joining the Indian middle order batsman and Delhi Capitals(DC) captain, Shreyas Iyer. Dhawan was at his best during the session, entertaining the horde of fans watching the live session with his new honed […]
By Rajarshi Das Wed, 15 Apr 2020 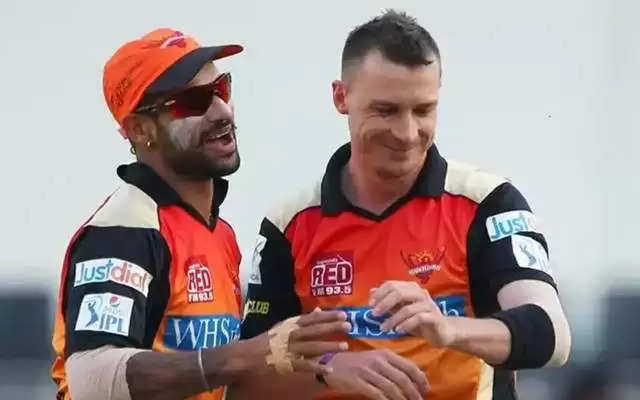 After the likes of Rohit Sharma, Jasprit Bumrah, Virat Kohli and Yuzvendra Chahal, Shikhar Dhawan took part in an Instagram Live Session, joining the Indian middle order batsman and  Delhi Capitals(DC) captain, Shreyas Iyer. Dhawan was at his best during the session, entertaining the horde of fans watching the live session with his new honed skills of playing the flute, alongside emphasizing the importance of music in an individual’s life. He also took part in a rapid fire round from Iyer, coming up with a few intriguing answers. When asked about the toughest bowler he faced, Dhawan first mentioned the difficulties he has gone through facing off break bowlers on a turning track, and then he mentioned that Dale Steyn was the toughest quick bowler he had faced, when he toured South Africa for the first time in his International career back in 2014.

“It’s not just about one particular fast bowler for me, any fast bowler can trouble any batsman in the World on his day. There have been occasions where I’ve missed a straight one too. The likes of Mitchell Starc and Morne Morkel have troubled me at times with their pace and bounce, so it won’t be fair to name a particular individual”, he added.

Upon being asked about his most memorable innings, Dhawan recalled the beautiful knock of 117 off 109 balls against Australia in the World Cup last year, which helped his side beat the 5 time World Champions by 36 runs at The Oval. Unfortunately, he suffered a blow to his left thumb facing Pat Cummins in the same game and had to miss the rest of the tournament.

Dhawan also highlighted the importance of the IPL for budding Cricketers, much to the agreement of Shreyas Iyer.
“It’s a good thing that a Cricketer feels so comfortable playing for their national side nowadays. This has happened especially due to the IPL as we get to play with all these International Cricketers. I remember, back in 2012, playing for the Deccan Chargers, I scored more runs(569) in a season than our then skipper, Kumar Sangakkara. That gave me a lot of confidence because I believed, if I can score runs at this level, I can do well in higher levels as well. The experience of being with all these great International Cricketers closes in the gap and helps the youngsters form a bond with them, which they can benefit from in the future”, The southpaw said.

Dale Steyn dismissed Shikhar Dhawan twice across One Dayers and Tests in his first tour to South Africa. So, probably, Dhawan many not have his head to head record in mind when he mentioned his name, but the class and stature of the bowler. He had good reason too, Dale Steyn’s name sits on top of the highest wicket taker list for South Africa in both Tests(439) and T20(64). His ability to move the ball off the air and off the seam has troubled countless batsmen over his 14 year long International career. Steyn has played with Dhawan in the IPL as well, so, picking his former Chargers teammate might have been Dhawan’s first instinctive thought.

The epidemic by the name of COVID-19 has stagnated the activities of people all around the World. Sporting activities have been affected the most, with a number of sporting events being postponed or cancelled. With no Cricket to play, the Indian Cricket team members have found an innovative way to keep the masses entertained, in the form of Live Sessions on Instagram.