The Delhi Ranji Trophy team selection raised eyebrows on Monday after unknown pace bowler Ankit Beniwal was included in the 15-member squad for the crucial match against Gujarat, starting from Tuesday. Beniwal, despite opposition from some section, was sent as a net bowler for the Bengal game though his bowling speed is in the […]
By PTI Mon, 3 Feb 2020 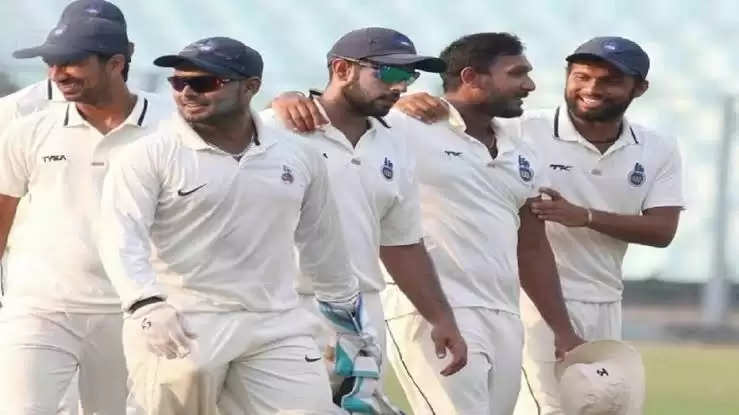 The Delhi Ranji Trophy team selection raised eyebrows on Monday after unknown pace bowler Ankit Beniwal was included in the 15-member squad for the crucial match against Gujarat, starting from Tuesday.
Beniwal, despite opposition from some section, was sent as a net bowler for the Bengal game though his bowling speed is in the range of just 110-115 kmph.
Also Read:  EXCLUSIVE: Atharva Taide opens up about his journey so far, the influence of Sachin Tendulkar’s advice on him and more

This is when Delhi, placed ninth in cross-pool (A and B) with 16 points, are desperate for three points to improve their position. Only top-five will make the quarterfinals from both the two Groups.

Gujarat (26 points) are second in the table and all but through to quarter-finals. Their skipper Parthiv Patel is unlikely to play this game.

The DDCA brass has indicated that a tainted former BCCI Vice President and his younger brother, who is now a top DDCA office bearer, have forced the selection committee to pick Beniwal.

“DDCA senior selection committee chairman Bantoo Singh and his colleague Anil Bhardwaj were party to this questionable decision. Nobody knows the credentials of this fellow. How has he made it or how many wickets he has taken. But we all know that the two brothers are pushing for inclusion of this guy,” a senior DDCA office-bearer, present during the selection meeting, told PTI on condition of anonymity.

“The two brothers have been trying hard to keep this Beniwal fellow in the squad even if he doesn’t play a game. I don’t know why. We have to keep players like all-rounder Subodh Bhati and pacer Pawan Suyal out of the team,” the official said.

“It’s not selectors alone, who picked Beniwal. It was a collective decision (of officials and selectors). Blaming selectors all the time is not right. We pick a lot of boys on merit but no one then praises the selectors. This guy has been a net bowler and with Subodh Bhati not performing, we thought of giving him a chance,” he said.

Incidentally, another questionable selection is Kshitij Sharma, who made his Delhi red-ball debut against Bengal. Himmat Singh, who last year was a part of India U-23 side has been kept out of the playing XI despite influential figures in Indian cricket wanted to track his progress.

Currently, if a player is in the state squad for Ranji Trophy without being in the playing XI, he gets Rs 70,000. If someone is put in the squad for at least seven matches, the player pockets nearly five lakh.

When DDCA’s Director of Cricket Sanjay Bhardwaj was asked about Beniwal, he replied: “I don’t know if there is any corruption or not. But I can tell you that every year this particular player (Beniwal) has been registered under the BCCI roster. Yes, this is the first time he has made it to the final 15.”

Also Read: ICC U19 World Cup: Arch-rivals India and Pakistan run into each other in first semi-final

Asked what is Beniwal’s performance that merited a place in the team and how many wickets he picked, Bhardwaj, who is also the convenor said: “I don’t know.”