Dhoni might have played his last game for India: Harbhajan Singh

In an Instagram Live session with Rohit Sharma, former Indian off spinner Harbhajan Singh has claimed that Dhoni might have played his last International Cricket match for India. Harbhajan, at first said that a lot of people have been asking him whether the great wicketkeeper batsman from Ranchi will make a comeback or not, to which […]
By CricXtasy Staff Sat, 25 Apr 2020 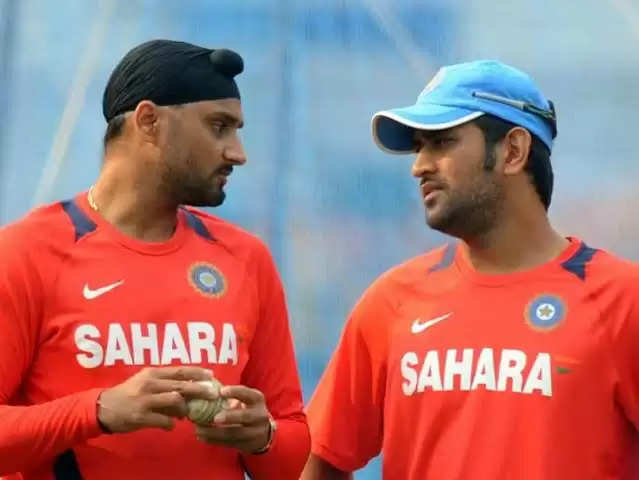 In an Instagram Live session with Rohit Sharma, former Indian off spinner Harbhajan Singh has claimed that Dhoni might have played his last International Cricket match for India.

Harbhajan, at first said that a lot of people have been asking him whether the great wicketkeeper batsman from Ranchi will make a comeback or not, to which Rohit said, “When MS Dhoni is not playing Cricket, there is no one from the team who can reach out to him. The people who know where he lives can visit and ask him about the same once the lockdown is over.”
Harbhajan then presented his views, “I was in the Chennai camp recently, and a lot of people have asked me, whether Dhoni will play and be selected for the T20 World Cup? I said I don’t know, it’s up to him, whether he wants to play or not. It’s his decision, and if he wants to play the IPL, he’ll 100% play in the IPL.”
He continued, “But does he want to play for India anymore? That’s the first requirement. Does he want to play or not? As far as I know, he’s done playing for India. He’ll surely play the IPL. But about playing for India, I think he had decided that the last World Cup game, whether it was the final or the semi final, would be his last game. That’s what I think, and a few people have told me that’s what’s happened.”

Harbhajan then went on to talk about the hat trick Rohit Sharma took in the IPL back in 2009 while playing for the now defunct Deccan Chargers against South Africa. Harbhajan was Rohit’s second wicket among the lot, as he dragged a ball onto his stumps while trying to slog sweep. Upon asking if he still remembers the hat trick, Rohit said, “Of course I do, that’s the only hat trick I have taken in my career! Actually, I got one while playing Cricket for my school, but, yeah, I used to bowl quite regularly back then. I remember our skipper, Adam Gilchrist, telling me before the tournament, ‘I want to play you as an all rounder. You have to contribute in bowling also. Because I see you bowl really well, so if we can accommodate 4 overs between you and Andrew Symonds, we can play an extra batsman.’ I ended up taking 14-15 wickets that season, 4 in that Mumbai Indians game itself.”

The duo went on to talk about their favourite spinners and batsmen. On being asked who his favourite off spinners were, Harbhajan listed Nathan Lyon, Graeme Swann for his consistent line and length, Muralitharan as the number 1 spinner, Saqlain Mushtaq for his doosra and his ability to bowl at the death, and Ravichandran Ashwin as his favourite.

Harbhajan also revealed the five toughest batsmen he faced. He said, “One of them would definitely be Jacques Kallis, in Tests. Other than that, there were Matthew Hayden and Brian Lara. Younis Khan was a batsman who troubled me a lot, he used to make me feel like crying! Speaking of Pakistani batsman, Inzamam ul Haq was also a tough batsman to dismiss. There were other quality batsmen too, but these were my top five.”