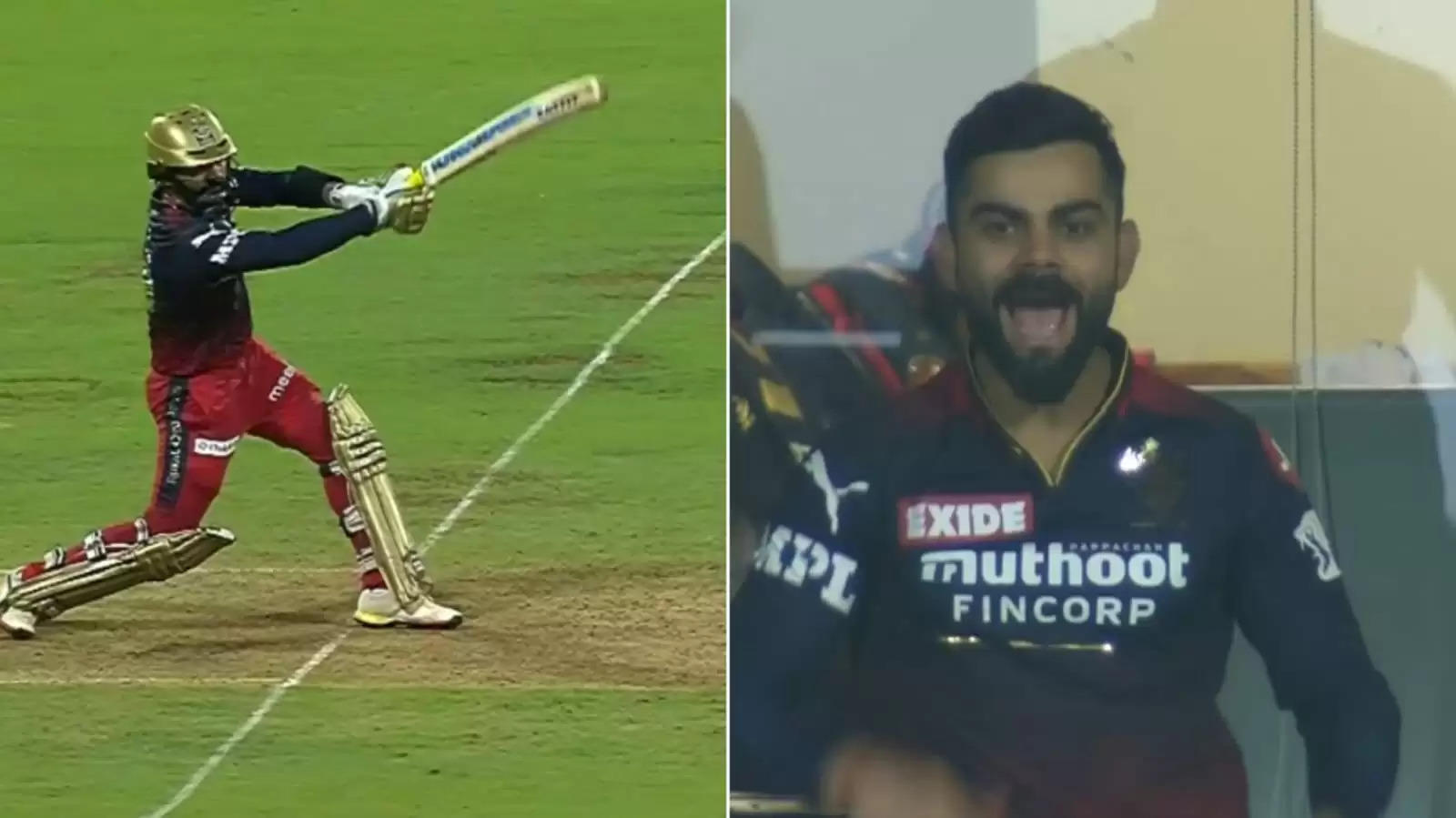 The 27th match saw of the Indian Premier League saw the Royal Challengers Bangalore take on the Delhi Capitals from the Wankhede Stadium, Mumbai, It saw the Capitals win the toss and put RCB into bat. Things didn't start well for the Bangalore franchise as they lost a flurry of wickets in quick succession. They were 40-3 at the first overs with them losing Faf Du Plessis, Anuj Rawat, and Virat Kohli cheaply.

Maxwell on the other hand played very fine innings and tried to take his team to a commendable total with good support from Shahbaz Ahmed. However, RCB lost Glenn Maxwell during the 12th over when he was dismissed while going for a big shot at 56. The responsibility then was moved towards the young Shahbaz Shmed and the in-form Dinesh Karthik. Karthik who has been having a great 2022 season continued to showcase his dominance by playing the brand of cricket that has won him a lot of appreciation.

The game was under the control of the Delhi Capitals until the 18th over. The 18th over was bowled by Mustafizur Rahman who until then had conceded only 20 runs in his three overs. Dinesh Karthik who was on strike capitalized on the over to its full extent as he went on to attack Rahman. The first ball of the over went for a four with Karthik playing an unorthodox shot. The second one was a well-executed reverse shot that went over the third man for another boundary. The third ball was smashed wide of the extra cover region for the third consecutive boundary while the fourth went for a huge six. The fifth ball Musafizur bowled was in the slot which was easy for Karthik to strike into the stands for another maximum. The final ball of the over went as a low full toss which was again muscled for a boundary thus ending the over with 28 runs.

WATCH: Dinesh Karthik launches his fifty in grand style as he takes on Mustafizur for a 28-run over

It also brought up Dinesh Karthik's half-century in style as he crossed the landmark in just 26 deliveries. The pair would go on to add 98 runs for the sixth wicket thus taking RCB to a grand total of 189-5. Shahbaz finished with 32 off 21 balls which included six and three boundaries while Karthik remained unbeaten on 66 off 34 balls with 5 fours and 5 sixes to his name.