Dinesh Karthik went on a boundary spree for RCB in the 20th over to get Virat Kohli excited.
By Kashish Chadha Sun, 8 May 2022 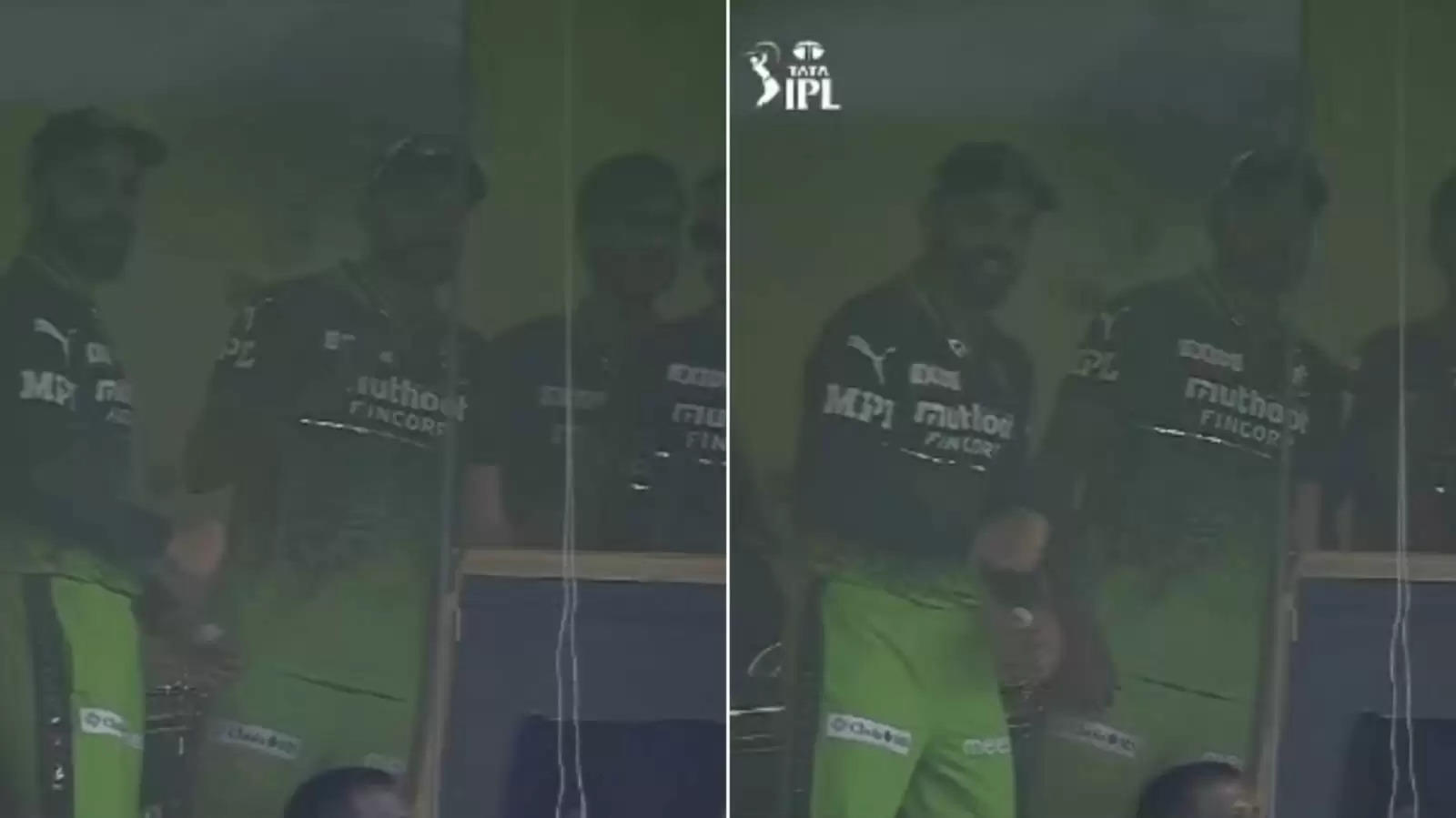 Virat Kohli was a bundle of joy inside the RCB dressing room after Dinesh Karthik closed off another innings for his team.

Another stellar end-overs act from the in-form Dinesh Karthik left Virat Kohli pumped up inside the Royal Challengers Bangalore (RCB) dressing room on Sunday (May 8) in IPL 2022.

As Karthik went on a rampage for RCB against the Sunrisers Hyderabad (SRH) in Mumbai, Kohli was seen celebrating in his usually animated avatar, seemingly unruffled by his own disastrous run with the bat.

Karthik, RCB's late-order aggressor, took SRH's debutant Fazalhaq Farooqi to the cleaners, hitting him for three consecutive maximums and one four off the final four deliveries of RCB's first-innings.

When RCB looked like finishing with a below par score for another flat batting beauty of a deck at Wankhede, Dinesh Karthik's scintillating 8-ball unbeaten 30 allowed them to reach an intimidating score of 192/3 in their 20 overs.

Forgetting his own pain and angst amidst a horror phase with the bat, Kohli was seen genuinely excited and unleashed a fist pump after Karthik unleashed a full-blooded thump down the ground for four to close the RCB innings.

The batter had hit three successive maximums off Farooqi's bowling prior to that. But the last one had special approval from Kohli, who couldn't hold his emotions back seeing his India and RCB teammate put a significant dent on SRH's chances.

Dinesh Karthik hung back deep inside the crease in anticipation of an attempted yorker from Farooqi and got underneath the ball to duly dispatch it for four runs through the long-on region.

Moments after the shot was played, cameras rolled across to the RCB dressing room where behind the glass Kohli unveiled a fist pump with his usually animated look in moment of celebration over Dinesh Karthik's finish.

Walking into bat at the halfway mark in the 19th over with RCB 159/3, slightly below par to where they would've wanted to be, the veteran wicketkeeper-batter produced another blistering effort to help the franchise overhaul the 190-mark.