The England Women’s Cricket team are set to resume individual training in a matter of weeks to prepare for the upcoming International matches the England and Wales Cricket Board intend to schedule towards the end of the summer, which might include a tri series involving India and South Africa. […]
By CricXtasy Staff Fri, 22 May 2020 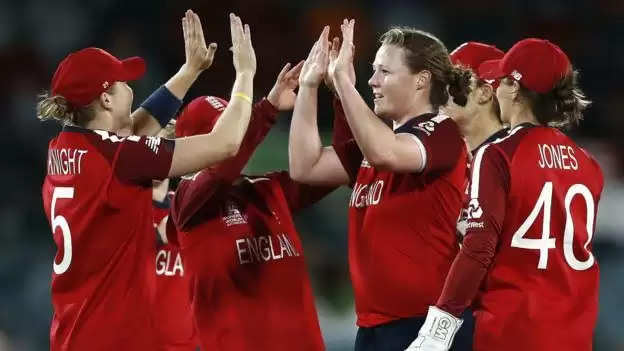 The England Women’s Cricket team are set to resume individual training in a matter of weeks to prepare for the upcoming International matches the England and Wales Cricket Board intend to schedule towards the end of the summer, which might include a tri series involving India and South Africa.                    Clare Connor, managing director of the England Women’s cricket team, had said earlier this May that in order to minimise the financial damage to the wider game in England and Wales and protect the longer term health of Women’s Cricket, unfortunately, the women’s game may have to take a back seat to the men’s this season. Although, the potential that no women’s international matches would be played was not ruled out.

At the time of her comments, England’s ODI and T20I series against India’s women had been postponed, not cancelled, and although South Africa’s visit in September remained in place as planned, Connor warned that those games may have had to fall by the wayside in order to play the more lucrative men’s fixtures.

Connor came across as more optimistic after her statements today, as the ECB launched their Together Through This Test initiative, aiming to help the public through the COVID-19 pandemic. She confirmed that plans are being drawn up for some women’s internationals later in the summer with a tri-series against India and South Africa being a potential option, should there be no time to fit in separate series.

Connor told the PA news agency, “We’re still really committed to being able to play as much as of our international women’s programme later on in the summer. Whether that’s two separate series against India and South Africa or even a tri-series, which is something we are exploring. All we can do is make the plans to be able to play and work with the venues that are likely to be involved in putting on that behind-closed-doors programme.”

England’s players will need to have a sustained period of training ahead of any international matches. While Connor thinks any return to practice for the women’s squad will be a few weeks off yet, she confirmed that the recent protocols introducted will be similar for both the male and female Cricketers, which include strict social distancing and the use of individualised equipment.

Connor said, “Those same individualised return to training protocols will apply to the women’s players. We’re looking to follow a very similar phased approach from later on in June so we’ll probably be three to four weeks behind the England men’s players. That’s not through any lesser importance being placed on them but more of a reality of who’s likely to play first and where we need to focus the immediate attention and physical and medical support. At least it will give our players, support staff and medical staff a chance to learn from how all that unfolds with the men.”

The ECB announced on Wednesday that 24 women’s domestic Cricketers were being offered financial retainers to offer them some form of security in light of the decision to postpone the introduction of 40 full-time professional contracts which were due this year. Although the retainers are of a lower value than the contracts, the ECB hope it will provide some financial relief for those players who would have expected to get a full-time deal this season.

Despite the introduction of such financial retainers, there are a lot more financial decisions to be made across both the wider game and women’s cricket in particular. Given the ECB is facing losses of anywhere between £100m to £380m this year, both Connor and Tom Harrison, the chief executive of the ECB, have repeatedly refused to ring-fence the two-year 20m pounds investment into women’s and girl’s cricket announced last October.

Inspite of such financial constraints, Connor re-emphasised the ECB’s commitment to a gender balanced game despite the difficult financial decisions that will have to be made in light of the COVID-19 pandemic. “I remain really confident that the momentum we’ve built behind the women’s game will be protected to the absolute best of our endeavours. There is a very strong desire to protect the investment into the women’s and girls’ game,” Connor concluded.