Riyan Parag is always on the radar on social media as fans are not happy with his non-performance.
By CX Staff Writer Thu, 21 Apr 2022 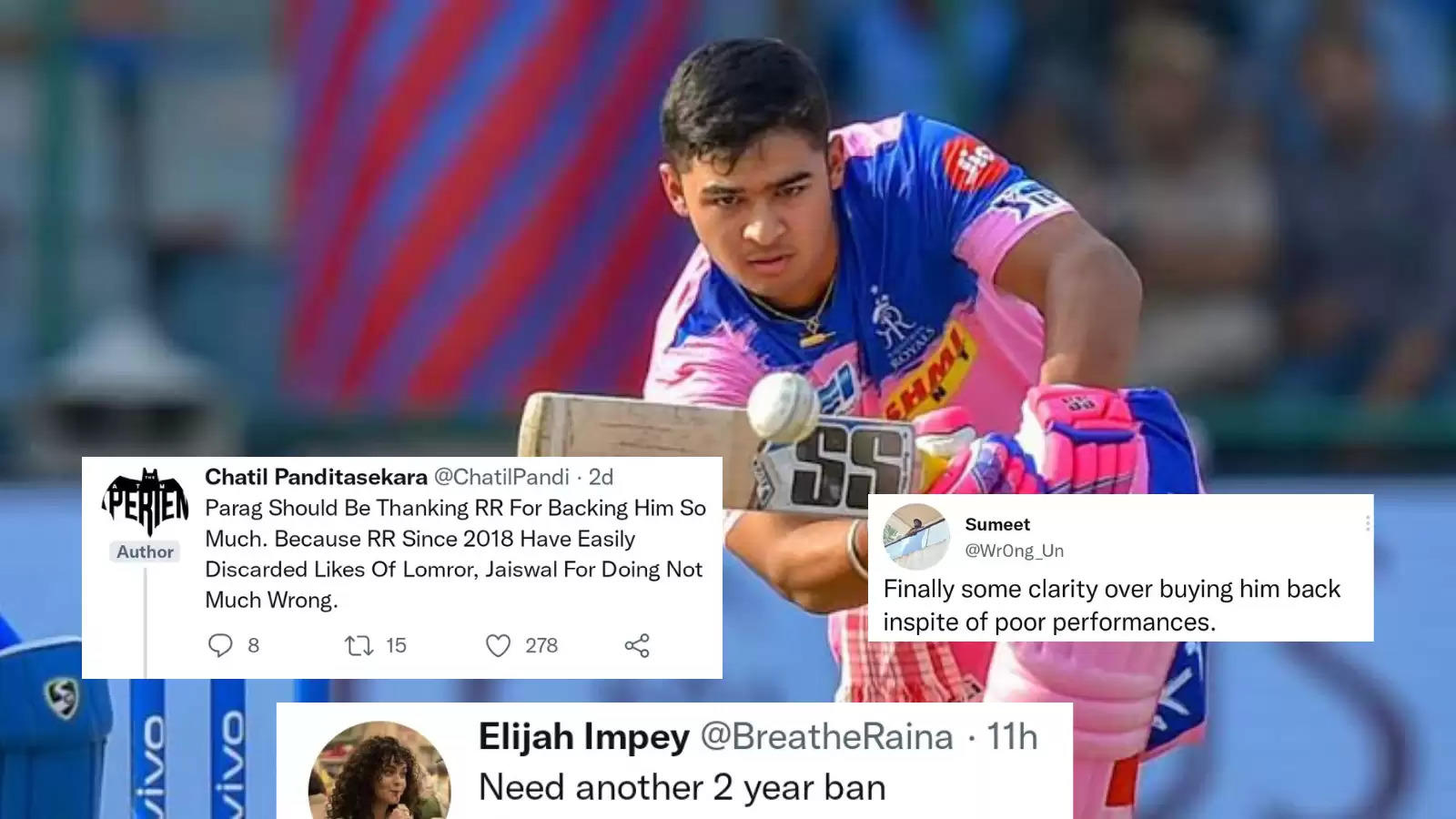 Riyan Parag has played only for Rajasthan Royals in IPL ever since making his debut in 2019 season.

Assam cricketer Riyan Parag has always been at the receiving end of all the criticism especially during the Indian Premier League (IPL). The 15th edition of the tournament is no different thanks to his poor show so far with the bat as well. Having said that, the Rajasthan Royals management has always backed him despite not living up to the expectations.

Parag has only played for the Royals in the IPL ever since making his debut in the 2019 season. He has so far scored 387 runs in 28 innings in the cash-rich league at an average of 15.48 and a strike-rate of 120.19. The 20-year-old has only one fifty to show for his efforts.

The franchise had released him ahead of the IPL 2022 mega auction but once again secured his services for INR 3.8 crore. Though one can argue that the youngster doesn’t get to play many balls down the order, it is also a fact that Parag has thrown away his wicket on numerous occasions when the team needed him,

Social media users have always been behind him over his non-performance and one of the fans even alleged nepotism in the cricketer’s selection on April 18 after the all-rounder got out early against KKR in a high-scoring affair.

The fan claimed that Riyan Parag’s uncle is in the RR management even as the other fan linked it to the Indian Businessman Ranji Barthakur playing a role in his selection. Ranjit is the executive chairman of Royal Multisport Pvt Ltd, the company that owns the Rajasthan Royals.

Ranjit is more often seen during the auction and the fans reckon, it is due to him that Riyan Parag is getting chances at RR. While the fan didn’t come with a clear explanation, he stated that there is some family relation between Ranjit and Riyan Parag.

But there is no information available on the internet showing any relation between the two individuals apart from the fact that they hail from Assam. The allegations of nepotism might not be true but certainly, Riyan Parag will have to be consistent in his performances given that he is being backed so much by the RR management.

This man who sits on the auction table and bid for Riyan is related to him. https://t.co/bwQvWzK7Sj

Here are some reactions:

What's the relation apart from both being from Assam?

Second point seems fair but how are you randomly putting out a statement saying they are related.

How is He related to him ??

How stupid these people can be who thinks parag is playing because of nepotism,too much illiteracy in india😭. https://t.co/5UX4wfdykf

I wonder if he is bidding from CSK, GT and DC too https://t.co/Rnlg7KHa2a