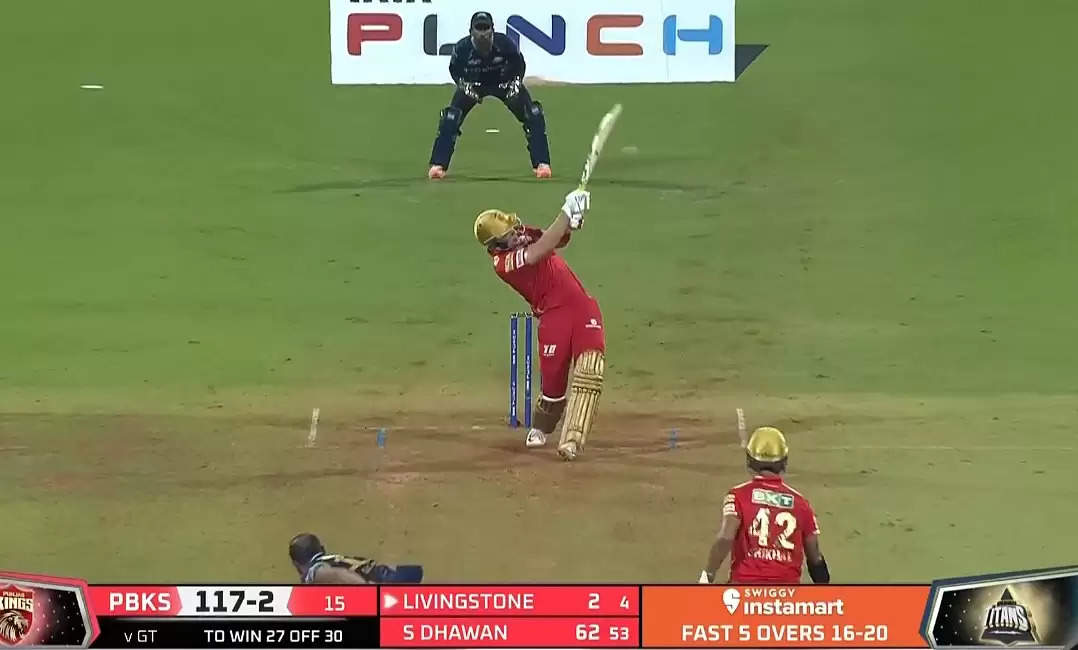 The ground size hasn’t mattered for few of the players thanks to excellent hitting skills. They have cleared the ropes easily and some of the cricketers have literally registered the longest sixes of the season

The ongoing 15th edition of the Indian Premier League (IPL) has witnessed some riveting action so far. Majority of matches in Maharashtra have turned out to be high-scoring and with small boundaries on offer on some occasions, it has played into the hands of the six-hitters. As many as 768 maximums have been hit so far this season and with more than 20 matches still left to be played this season, it remains to be seen if the count gets close to 1000.

Meanwhile, the ground size hasn’t mattered for few of the players thanks to excellent hitting skills. They have cleared the ropes easily and some of the cricketers have literally registered the longest sixes of the season.

It is hardly a surprise to see Liam Livingstone at the top of the pile in terms of hitting the longest six. During the 48th match of IPL 2022 between PBKS and GT, Livingstone smacked Shami out of the ground. It was a length delivery from the pacer and the England batter cleared his front leg to swing the bat with all his might only to connect well as the ball travelled a long way over deep square leg. The six was measured to be a whopping 117m.

Fondly known as ‘Baby AB’ for his strokeplay similar to AB de Villiers, Dewald Brevis has already shown a glimpse of what is to come in upcoming years. Playing for Mumbai Indians against Punjab Kings, Brevis smashed leg-spinner Rahul Chahar for fun in the ninth over of the innings. He hit him for four sixes in a single over and one of them traveled a whopping 112 metres.

Liam Livingstone once again features in this list, this time for smacking a 108-metre six against Chennai Super Kings during match 11. In the 5th over of the innings, Mukesh Choudhary bowled one right in the slot and Livingstone didn’t need second invitation to clear his front leg and whack the ball over deep mid-wicket which traveled so far.

When we talk about sixes, there has to be a mention of a Caribbean player. Nicholas Pooran has set the stage on fire this season with his batting. And Anrich Nortje found himself in troubled waters during match 50 of IPL 2022, when the left-handed batter smashed the pacer out of the park. Definitely, Nortje’s pace played a part in it but Pooran’s clean hitting led to the ball traveling 108 metres.

Rajasthan Royals opener Jos Buttler is going through a purple patch in IPL 2022. He has amassed runs at will and in the 34th match of the season against DC, he found his range smashing 116 runs off 65 balls with nine sixes and as many fours. One of those maximums came off Shardul Thakur in the 10th over of the innings. It was a length ball outside off and Buttler timed the ball so well couple with his power, as it traveled 107 metres over the lon boundary for a six.