There have been concrete talks about banning the use of saliva to shine the Cricket ball for quite a while now. The International Cricket Council (ICC) are scheduled to meet on Wednesday, probably to uphold a recommendation to prohibit the use of saliva to ensure good hygiene and avoid the possibility of spreading coronavirus among the […]
By CricXtasy Staff Sun, 7 Jun 2020 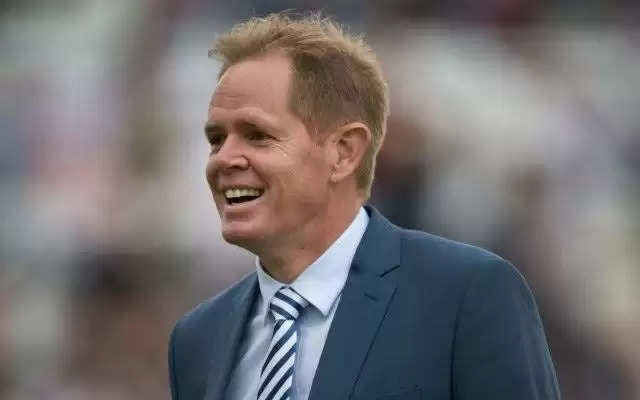 There have been concrete talks about banning the use of saliva to shine the Cricket ball for quite a while now. The International Cricket Council (ICC) are scheduled to meet on Wednesday, probably to uphold a recommendation to prohibit the use of saliva to ensure good hygiene and avoid the possibility of spreading coronavirus among the players, along with that, the ICC will be taking a concrete decision on the future of the T20 World Cup scheduled to take place in Australia this October.

Bowlers over the years have put in stellar performances by getting the ball to move or swing in the air, thereby making it harder for batsmen to hit. One vital method to do so has been to shine one side of the Cricket ball with sweat, which can still be used, or saliva.
For instance, former Australian fast bowler Bob Massie burst into the International scene, taking 16 for 137 on his Test debut against England at Lord’s in 1972 with an exhilarating exhibition of swing bowling, swinging it both ways. There were speculations that he had used saliva to shine the ball to keep it in good condition, something that Massie has always denied.

And then there were the Pakistani fast bowlers. Traditionally, the ball used to cease moving in the air as it got older. But, pioneered by Pakistan paceman Sarfraz Nawaz, partly in response to the slow and batsmen-friendly pitches of his homeland, led to the development of reverse swing.
Nawaz said, “Just using sweat won’t be of much help because that will only make the ball wet and that shine will be missing.”

ALSO READ: There needs to be some alternative for the bowlers to maintain the Cricket ball: Jasprit Bumrah on saliva ban

The baton of reverse swing was passed on to then compatriot and captain Imran Khan, who added it to his armoury. The art of reverse swing reach its peak in the 1990s with the emergence of one of the most iconic fast bowling duos, Wasim Akram and Waqar Younis.
In 1992, the pair took 43 wickets between them as Pakistan won a 5 match Test series in England 2-1.

Over the course of time, teams all around the World realised that they required to look after the Cricket ball properly in order to generate reverse swing. The key was to shine one side of the ball and neglect the other. The Ashes of 2005 saw the England Cricket team take the art of reverse swing ahead by a notch. The fast bowling trio of Matthew Hoggard, Simon Jones and Andrew Flintoff generated a good amount of reverse swing to knock the stumps over of the Australian batsmen over the course of the 5 Test matches, as England, also powered by some scintillating batting performances, beat their arch rivals 2-1 to regain the Ashes after 18 years.

But it was England opening batsman Marcus Trescothick who later revealed he had put Murray Mints sweets to good use in the field because sucking them stimulated more saliva, which could then be applied to the ball.

With the ICC set to rule out the use of saliva, former South Africa paceman Shaun Pollock gave current swing bowlers a glimmer of hope by suggesting health checks in place for next month’s behind closed doors 3 match Test series between England and the West Indies might make it redundant.

Pollock said on a podcast, “I think the environment that’ll end up being created is almost going to be like a bubble. People will get tested, they’ll go into a two-week camp where they’re just going to sit and monitor how the conditions of their bodies change. And if there are no symptoms, it doesn’t really matter about shining the ball then, because you’re in the bubble and no one you come into contact with will have coronavirus. So you can just get on with normal proceedings.”