I want to play all three formats for New Zealand: Lockie Ferguson

Lockie Ferguson, who has been instrumental in New Zealand’s run to the World Cup final last year, having finished as the second highest wicket taker of the tournament with 21 wickets, is aiming for a spot in the New Zealand Test squad, after sustaining an injury in his debut Test match and being left out of […]
By CricXtasy Staff Sun, 26 Jul 2020 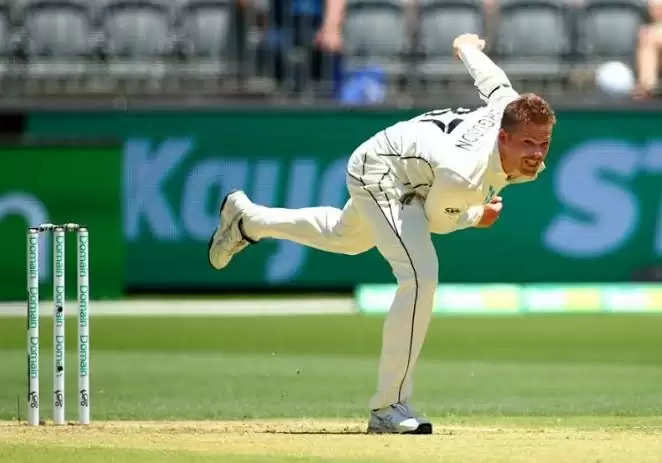 Lockie Ferguson, who has been instrumental in New Zealand’s run to the World Cup final last year, having finished as the second highest wicket taker of the tournament with 21 wickets, is aiming for a spot in the New Zealand Test squad, after sustaining an injury in his debut Test match and being left out of the side since then.

The speedster from Auckland said during New Zealand’s training camp at Mount Maunganui, “The lockdown treated everyone differently but certainly for myself, it gave me the time naturally to reflect on what’s happened in the last few years. It’s been a bit of a whirlwind three years being on tour and playing all year round. And just to reflect on how that went, what kind of player I want to be in the future and how best I can be suited to hopefully playing all three formats because I want to play all three formats for the country.”

ALSO READ: It is not true that I don’t want to play Test Cricket: Mustafizur Rahman

Ferguson, who is yet to bowl with the red ball in Test Cricket, having bowled 11 wicketless overs for 47 runs before pulling up with a calf muscle injury in his debut Test match against Australia at Perth, a day/night fixture, added, “I have certainly been excited to be part of the squad and getting a bit of taste of Test cricket although it wasn’t to be my Test match but certainly it’s in my goals. Test cricket is one of those formats I really want to play and by no means do I look lightly upon T20s and One Dayers because I’ve thoroughly enjoyed playing those. The goal is still alive within all three formats and how best I can play in all three and be an effective player and most importantly how to get us more wins.”

Ferguson might have to work hard to earn his place back in the side. The spots of the new ball pair of Tim Southee and Trent Boult in the side are all but cemented, which means that Ferguson would have to compete for a place in the side against either the likes of experienced campaigners Neil Wagner and Colin de Grandhomme or newcomer Kyle Jamieson, who has been impressive in his first two Test matches, something he says does not peturb him, and instead sees as a perfect opportunity to  learn.

“It’s been an awesome time for the Test team. Kyle Jamieson came in on the back of some unfortunate injuries and performed so well which is awesome. He’s a good mate and now we’re competing against each other for a potential spot in the side and that’s fantastic as well,” said Ferguson. “I think the Test team has been performing so well lately but the communication I have with senior bowlers and the learnings I get off them is only going to make me a better player. The more I can mix at training with them, learn from them and try to become a better Test bowler will only help me.”