I want to try and add value to help in creating new leaders within South African Cricket: Faf du Plessis

South African Cricketer and former captain Faf du Plessis has expressed his desire to help the next generation of leaders in South African Cricket in preparing to lead the country at the largest stage. In a recent interview, du Plessis opened up about several things, from missing the role of leadership to everything that went wrong […]
By CricXtasy Staff Mon, 4 May 2020 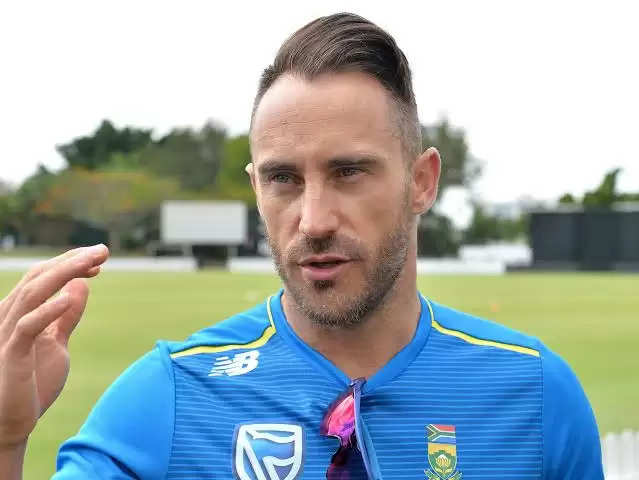 In a recent interview, du Plessis opened up about several things, from missing the role of leadership to everything that went wrong over the last one year, to looking forward to better times, a thought elevated by the appointment of the correct people as backroom staff.

Du Plessis, who has led the Proteas for 4 years across formats, said the following about leadership, “I will miss the captaincy, but now I need to move on to try and add value to help create new leaders. This is something I’ve looked at as my real purpose for next year. I think leadership is something we need to place some emphasis on in South African cricket and again, it’s an area I want to help in.”

The 65 Test and 143 ODI old middle order batsman also restated his desire to play for his country, saying that he is already missing everything about the game at a time when sport has taken a back seat due to the pandemic arising.

He said, “I still love playing for the Proteas, I still love being involved with the Proteas. I still see myself adding huge value. I’m still extremely motivated and keen to play for the Proteas in all three formats, so the hunger is there and I’m looking forward to it next season.”

The previous season for Du Plessis, who was in charge from 2016, did not go as planned after the Proteas were knocked out early in the 2019 ICC World Cup in England and then struggled in Test series against India and England with a team that featured a lot more youth than experience. He admits it was a tough mental period.

“The season gone by is probably been up there with one of the toughest I’ve had to face over my career. Because it had a lot of different elements to it that were not just about cricket.”
“Obviously it started with the World Cup being a very tough an emotional roller coaster for a lot of us, not just me…..there were a lot of emotions that we went through and that was really tough.”

Du Plessis continued, “We went from there to India, which I knew would be a really tough tour for us as a team and a real big challenge for me to get through as a leader as well, but I was very optimistic. Obviously, the tour didn’t go as well as we would have liked, we didn’t play particularly good cricket, even though things started very well in that first Test. I learnt a lot from the tour about where we were as a Test team. Then it was a case of how we can move forward.”

Du Plessis believes that inexperience among the current crop of Cricketers was South Africa’s biggest hurdle, but with the appointment of Graeme Smith as director, and a sound backroom staff, he believes that the team will be better placed for the future.

He said, “The one thing that was obvious for me was we couldn’t replace experience overnight. It was going to take some time. We also felt we needed to get some experience into our coaching staff. Enoch (Nkwe as interim Team Director during the tour to India) did a great job in India, but we felt that because we lacked for the first time in a long time experience in the team, we needed to fill that gap from an experience point of view with the coaches, so there was some good moves made with the coaching staff before England.”
“Again, we started well in the England series and the we fell away. Again, experience played a big role and that’s where we fell short.”

“Looking forward now, I think we’re in a position where I think we will start producing again. There are strong people in charge, plenty of experience and I think that will help South African cricket going forward,” an optimistic du Plessis concluded.