ICC defer decision on T20 World Cup until next month 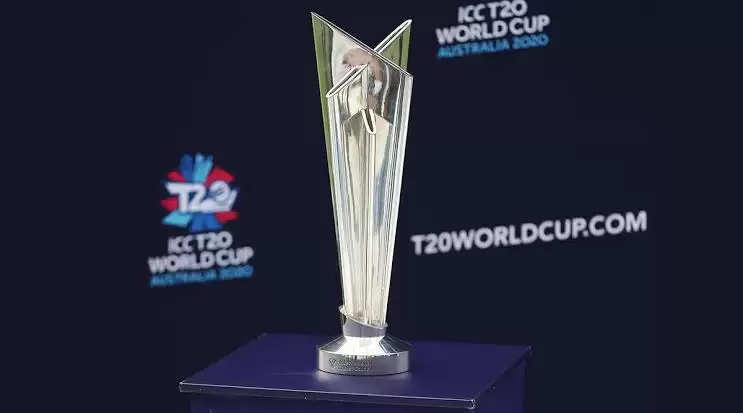 A few minutes ago, the ICC issued a media release which read, “The International Cricket Council (ICC) today agreed to continue exploring a number of contingency plans regarding the future of the ICC Men’s T20 World Cup 2020 and the ICC Women’s Cricket World Cup 2021 until next month whilst planning for delivery of the events in the scheduled window is ongoing.The Board expressed its desire to continue to assess and evaluate the rapidly changing public health situation caused by COVID-19 working with key stakeholders including governments to explore how the events can be staged to protect the health and safety of everyone involved.
This contingency planning process will evaluate health and safety, cricket, partner and host considerations ensuring any decision taken is in the best interests of the sport, its Members and fans.”

ICC Chief Executive Manu Sawhney said, “The situation surrounding the global pandemic is evolving rapidly and we want to give ourselves the best possible opportunity to make the right decision for the whole sport. The health and well-being of everyone involved is our priority and other considerations fall out from that.
“We will only get one chance to make this decision and it needs to be the right one and as such we will continue to consult with our Members, broadcasters, partners, governments and players and to ensure that we make a well informed decision.”

The Board also discussed the current issue of tax exemptions which are required for ICC events. They collectively agreed to extend the deadline given to the BCCI to provide a tax solution to December 2020.

The Board also received an update on the independent investigation into confidentiality of Board matters. The enquiry, which is being led by the ICC Ethics Officer, will be supported administratively by a sub-group of the Board comprising Independent Director Indra Nooyi and Chair of the F&CA Ehsan Mani. All Members of the Board and ICC Management are party to the enquiry.

Yesterday, the ICC confirmed the interim changes suggested by the Anil Kumble led Cricket Committee, to reduce the risks from COVID-19 and protect the safety of players and match officials when cricket resumes.

The ICC released a media statement which read, “Teams will be allowed to replace players displaying symptoms of COVID-19 during a Test match. In line with concussion replacements, the Match Referee will approve the nearest like-for-like replacement. However, the regulation for COVID-19 replacements will not be applicable in ODIs and T20Is.

Ban on applying saliva to the ball: Players will not be permitted to use saliva to shine the ball. If a player does apply saliva to the ball, the umpires will manage the situation with some leniency during an initial period of adjustment for the players, but subsequent instances will result in the team receiving a warning.

A team can be issued up to two warnings per innings but repeated use of saliva on the ball will result in a 5-run penalty to the batting side. Whenever saliva is applied to the ball, the umpires will be instructed to clean the ball before play recommences.

Additional DRS reviews: The CEC has also confirmed an additional unsuccessful DRS review for each team in each innings of a match, keeping in mind that there may be less experienced umpires on duty at times. This will increase the number of unsuccessful appeals per innings for each team to three for Tests and two for the white-ball formats.

Additional logo allowed: Meanwhile, the CEC has also approved a relaxation of rules on apparel logos for the next 12 months.
A logo, not exceeding 32 square inches in size, may be placed on the chest of the Test match shirt and sweater in addition to the three other logos allowed as per regulations. As of now, logos on chests are only allowed in ODIs and T20Is.