The International Cricket Council (ICC) have decided to implement the rule of the third umpire checking no ball from now onwards in all formats of the game, barring the World Test Championship for the current cycle. The move was probably triggered due to the poor umpiring decisions given in the first Test between England and West […]
By CricXtasy Staff Thu, 16 Jul 2020 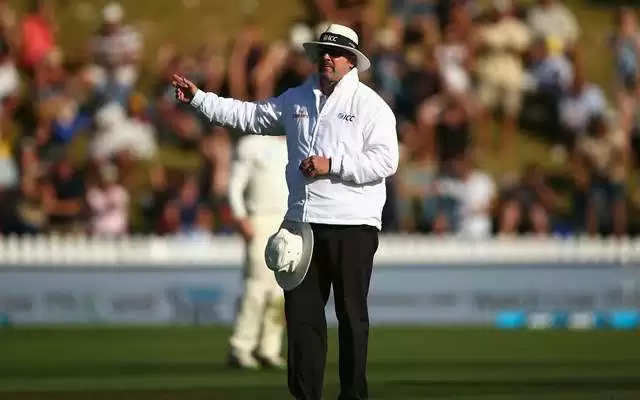 The International Cricket Council (ICC) have decided to implement the rule of the third umpire checking no ball from now onwards in all formats of the game, barring the World Test Championship for the current cycle. The move was probably triggered due to the poor umpiring decisions given in the first Test between England and West Indies, where three wickets were overturned by the third umpire while checking the front foot landing of the bowler.

The BCCI were the first ones to implement the same, albeit on an experimental basis, in the home T20 series against West Indies and then Sri Lanka. The ICC also experimented with it after that, implementing the rule for the Women’s T20 World Cup earlier this year. The ICC then gave the green light for the technology to be used in the inaugural World Cup Super League which has now been postponed.

As the playing conditions for the current World Test Championship have already been agreed, the status quo will prevail in that form of the game for now. However, the powerful ICC Chief Executives’ Committee will consider the reform before the next WTC cycle begins in mid-2021.

Under the system, the television umpire monitors the front foot with a Hawkeye freezeframe then a super slow-motion replay, signalling to the central umpire, through a buzzer when the bowler breaks the line. At that point, the on-field official unfurls their arm, about eight seconds after the delivery, well before the bowler is back at the top of their mark.

The process of TV umpires checking the front-foot has been common practice since the implementation of the Decision Review System from 2008. But it was in 2016 when the shortcoming of the procedure was brought into focus when Richard Illingworth incorrectly called Doug Bracewell for overstepping, a delivery that bowled Adam Voges for seven. With no provision to fix that error, he went on to make a series-defining 239.

ALSO READ: Most famous no balls in Test cricket and how they impacted the game

Given this elevated risk for on-field officials, with the added scrutiny of making close front-line decisions, it was no surprise last year in Brisbane when 21 uncalled no-balls were sent down by Pakistan in the space of just two sessions, according to pictures collected by the Seven Network broadcast. It reinforced that, quite understandably, umpires have been careful not to end up in the same position as Illingworth by focussing exclusively on the business end rather than a bowlers’ foot.
The TV-umpire solution was conceived just months after the Bracewell/Voges episode and was used for five ODIs between England and Pakistan in 2016. Geoff Allardice, the ICC’s General Manager of Cricket, hoped it would be rolled widely and swiftly. However, reform hit a roadblock in 2017 – money. But this year, ahead of the Women’s World Cup, he declared that concern was no more; improved technology had made it more cost-effective.