India tightened their grip on the T20I series with a seven-wicket drubbing of New Zealand in the second match after their bowlers stifled the hosts on a pocket-sized Eden Park in Auckland on Sunday. Boasting a formidable batting line-up, chasing 133 proved to be a cakewalk for the visitors on a pitch that was slightly […]
By PTI Sun, 26 Jan 2020 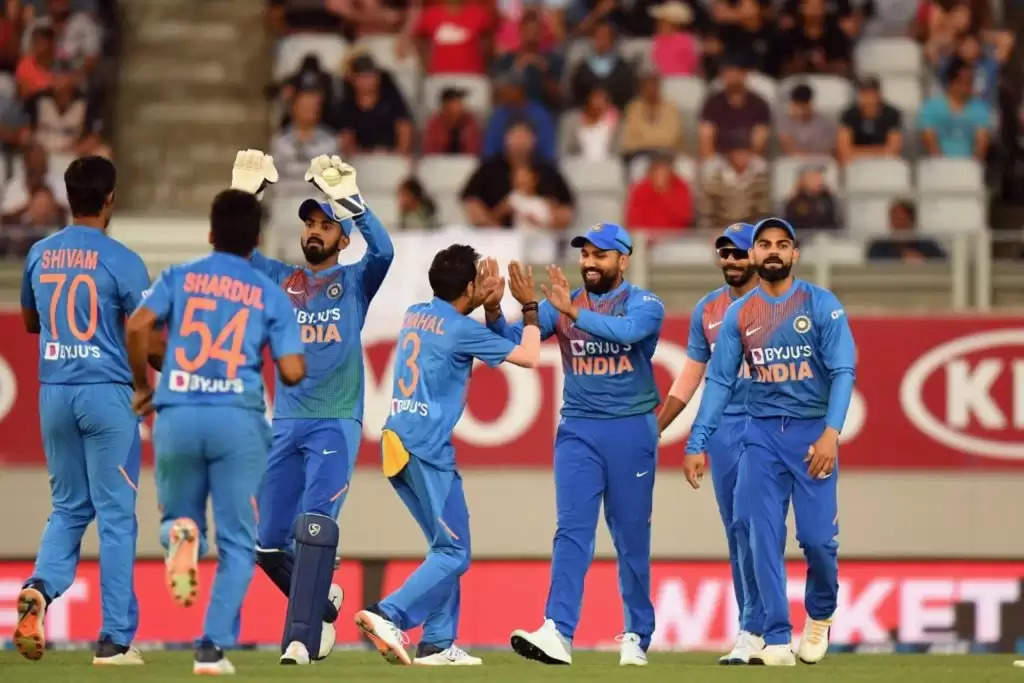 India tightened their grip on the T20I series with a seven-wicket drubbing of New Zealand in the second match after their bowlers stifled the hosts on a pocket-sized Eden Park in Auckland on Sunday.
Boasting a formidable batting line-up, chasing 133 proved to be a cakewalk for the visitors on a pitch that was slightly on the slower side.
Also Read:  India A suffer narrow five-run defeat in third ODI, lose series 1-2 to New Zealand A

The very short boundary ensured the match ended with as many as 15 balls to spare.

The trio of Ravindra Jadeja, Jasprit Bumrah and Mohammed Shami allowed no respite to Kane Williamson’s team after New Zealand surprisingly chose to bat, restricting them to 132 for five.

K L Rahul then scored 57 not out off 50 balls while Shreyas Iyer scored 44 off 33 balls, the duo adding 86 runs for the third wicket and after Rohit Sharma’s twin failure.

Tim Southee took 2-20 as India had to do without major contributions from both Sharma and skipper Virat Kohli.

Sharma (8) was out caught at slip in the first over off Southee. New Zealand’s new ball bowlers were compact and didn’t let the Indian top order get away unlike the first T20I on Friday.

Even so, Rahul and Kohli added 31 runs for the second wicket. The latter then was caught behind off Southee in the sixth over with Tim Seifert taking a brilliant diving catch.

Also Read:  Khaleel Ahmed ruled out of India A”s New Zealand tour with wrist injury
Kohli scored 11 off 12 balls and the wicket’s slow nature was starting to impact proceedings. New Zealand held back their spinners too, but Rahul-Iyer settled down in this passage of play.

They rotated strike well and added 50 in 55 balls by minimising risks. Rahul brought up his 11th T20I half-century off 43 balls.

India crossed 100 in the 15th over after which Iyer cut loose to approach the finish line. He fell just prior, holing out off Ish Sodhi (1-33).

But Rahul stuck around while Shivam Dube finished the job with a six over midwicket.

This was after Indian bowlers made good use of a slower pitch.

Opting to bat, the Black Caps couldn’t generate enough momentum in the middle overs and finished with a sub-par total.

Martin Guptill top-scored with 33 off 20 balls, while Tim Seifert was unbeaten on 33 not out off 26 balls.

Guptill and Colin Munro (26) provided a measured start to New Zealand putting on 48 runs for the first wicket.

Surprisingly, India held back Jasprit Bumrah (1-21) as Shardul Thakur (1-21) and Mohammed Shami (0-22) bowled four overs in the power play. The tactic worked as Thakur got rid of Guptill at end of six overs.

India then used the slow nature of the used-wicket to put brakes on the New Zealand middle order. Wickets came at a regular interval as the Black Caps struggled to get the big shots out.

Yuzvendra Chahal (0-33) and Shivam Dube (1-16) combined well after the powerplay, while Ravindra Jadeja was the stand out bowler with figures of 2-18 from four overs.

Dube got rid of Munro in the ninth over while Colin de Grandhomme (3) failed to get going once again. Jadeja gleefully accepted his return catch.

The hosts were reduced to 81 for four in the 13th over when skipper Kane Williamson (14) became Jadeja’s victim, caught in the deep by Chahal.

The wheels had truly come off the New Zealand innings as they were struggling to get the big shots away and squandered their measured start away.

Ross Taylor (18) struggling for timing throughout his 24-ball stay was a prime example. Without Seifert’s effort, including a four and two sixes, the score wouldn’t have achieved any respectability.

Iyer walked off the field in the last over after hurting his left knee whilst fielding.