Indian left handed opening batswoman Smriti Mandhana had a conversation with her opening partner, Jemimah Rodrigues and Indian opening batsman and Mumbai Indians captain Rohit Sharma in a new series, named Double Trouble, hosted by the two opening batswomen on a YouTube channel named Baseline Ventures. The three of them were at their humourous best, sharing […]
By CricXtasy Staff Fri, 1 May 2020 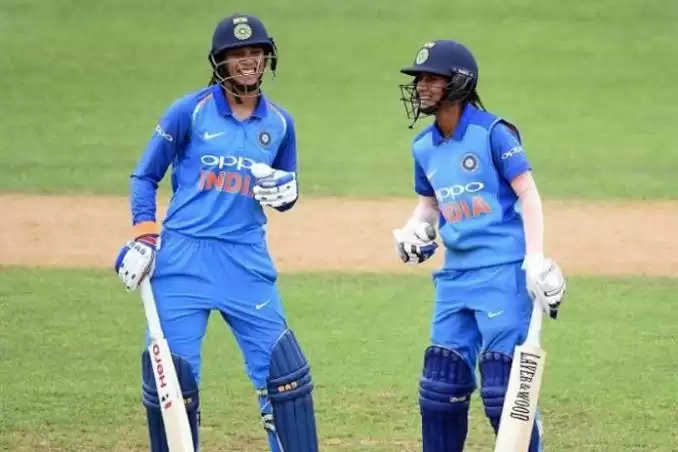 Indian left handed opening batswoman Smriti Mandhana had a conversation with her opening partner, Jemimah Rodrigues and Indian opening batsman and Mumbai Indians captain Rohit Sharma in a new series, named Double Trouble, hosted by the two opening batswomen on a YouTube channel named Baseline Ventures.
The three of them were at their humourous best, sharing quite a lot of funny anecdotes which they’ve been a part of over the years.

Smriti Mandhana, who has 2025 runs in 51 One Day Internationals averaging 43.08 with 4 three figure scores, shared her experience of playing against Indian speedster Mohammed Shami while he was on rehabilitation. Shami promised that he would not bowl at more than a 120 kilometers per hour and keep the ball outside the line of off stump. Mandhana, due to her inexperience of not playing such pace at a regular basis, was beaten by the first two deliveries and got hit on the thigh in the third.

“I remember playing Shami bhaiyya (Mohammed Shami) during his rehab time. He was bowling at 120 kph for us. He promised me that he wouldn’t bowl on my body and he assured me of bowling at 5th or 6th stump.”
“I got beaten for first two balls as I was not used to the pace. On the third ball, his in-dipper got hit on my inner thigh and it got swollen for 10 days,” she added.

Rohit Sharma talked about how the Indian Men’s Cricket team, despite being such a dominant force in International Cricket, have failed to make it past the final hurdles of an ICC tournament since 2013, despite playing well throughout every tournament. The latest instance being the previous year’s Men’s Cricket World Cup in England, where they heartbreakingly lost to New Zealand in the semi final, their 5th successive loss in the final stages of an ICC tournament.

“We lost ICC Champions Trophy 2017 final after being unbeaten till the final. In last year’s World Cup as well, we were mostly unbeaten, we lost to England and then against New Zealand in the Semi Final,” said Rohit.
He further added jokingly, “Team India should play ICC events like Mumbai Indians plays IPL, to climb the points table gradually and eventually win the tournament.”
The Mumbai based franchise, led by Rohit Sharma, has a trend of losing initial matches in the IPL. However, with the passage of time, MI succeeds in clinching victories in the latter stage of the league. There have been instances where Mumbai have lost their first four or five games and yet, have gone on to lift the title.

Rohit was set to lead his franchise in this year’s IPL. But, with the outbreak of COVID-19, the 13th edition of the IPL has been postponed indefinitely and its future looks bleak considering the current situation. According to many reports, the league can also be scheduled in the latter part of the year before the T20 World Cup 2020 in Australia.

As for Mandhana and Rodrigues, the pandemic has ensured the cancellation of all the remaining matches of the Women’s ODI Championship, cycle 2017-2020, which means that the Indian Women’s team will not require to play in the Qualifiers in Sri Lanka supposed to be held this July. Therefore, it is uncertain as to when we will get to see the two of them walk out to bat for India in the future. A cause of concern for the Indian Women’s team, as no match practice might not yield good results in the Women’s World Cup which is supposed to take place in New Zealand next February.