In an interview to the Times of India, BCCI president Sourav Ganguly stated that there is no chance of staging top-flight cricket action in India in the near future owing to many restrictions involved in the staging procedure. There is a chance of the German Football League, Bundesliga, resuming in the month of May amid the […]
By CricXtasy Staff Wed, 22 Apr 2020 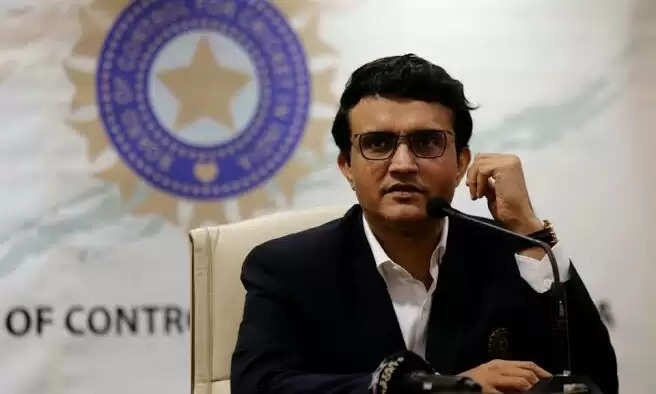 In an interview to the Times of India, BCCI president Sourav Ganguly stated that there is no chance of staging top-flight cricket action in India in the near future owing to many restrictions involved in the staging procedure.

There is a chance of the German Football League, Bundesliga, resuming in the month of May amid the COVID-19 pandemic. Discussions are being held about the same. Referring to the same, the former Indian captain said, “The social reality of Germany and India are different, there will be no cricket in India in the near future. There are too many ifs and buts involved. More importantly, I don’t believe in sport when there is a risk to human life.”

There have been a couple of occasions where Cricket matches were played behind closed doors. The 1st One Day International between Australia and New Zealand was one of them. The final day of the Ranji Trophy final between Saurashtra and Bengal was supposed to be played without the absence of crowds, however, people made their way into the ground just to watch the hosts, Saurashtra, lift their maiden Ranji Trophy.

ALSO READ: No decision on T20 World Cup yet: ICC

Former India and current Chennai Super Kings off spinner Harbhajan Singh stated the same, also saying that controlling the Indian crowds are a tough task and an additional unwanted responsibility.
“When IPL teams travel, there’s a huge crowd at the airports, hotels, outside the stadium. How are you going to stop them if you are looking to maintain social distancing? There should be no top-flight cricket till there is a vaccine for Covid-19,” the 103 Test veteran with 417 wickets said.

The ICC will be taking a decision on the contingency plan of the tournament on Thursday, as Cricket Australia are looking to schedule the tournament without the presence of the crowd.

Cricket Australia chief executive Kevin Roberts said on Tuesday, “We might not generate financial returns that are as significant as the international cricket season. But the bigger returns from the broadcast rights around the event that are generated by the ICC are very important to all of our counterparts around the cricket world.”

Former Indian Test opener Sunil Gavaskar has also stated his opinion on how the tournament can be accommodated, saying that the venue of the tournament can be swapped. In an interview to India Today, Gavaskar said,
“As we all know, Australia has barred foreigners from entering the country till September 30. The tournament starts in mid-October so it is looking difficult at the moment,” Gavaskar told India Today. Next year the T20 World Cup is scheduled in India. If India and Australia come to an agreement and the COVID-19 curve in India flattens out, they can swap. It can be held in India this October-November and next year in Australia.”

Having the event behind closed doors might not be an easy task in India like Harbhajan Singh said, and the CSK CEO KS Viswanathan also had the same statement to make. He said, “Did you see the crowds during our practice session in Chepauk when we said we cannot allow people into the ground? Lives are at stake, you cannot control Indian crowds that easily. Yes, there will be financial losses, but we have to deal with it.”