West Indies opener Shai Hope is quite “sure” that some of his teammates will have Thursday’s IPL auction on their minds during the second ODI against India but for him it will be “secondary” to beating Virat Kohli and Rohit Sharma in the 2019 top run-getters’ list. Hope, a chip of the old bloc, carried […]
By PTI Tue, 17 Dec 2019 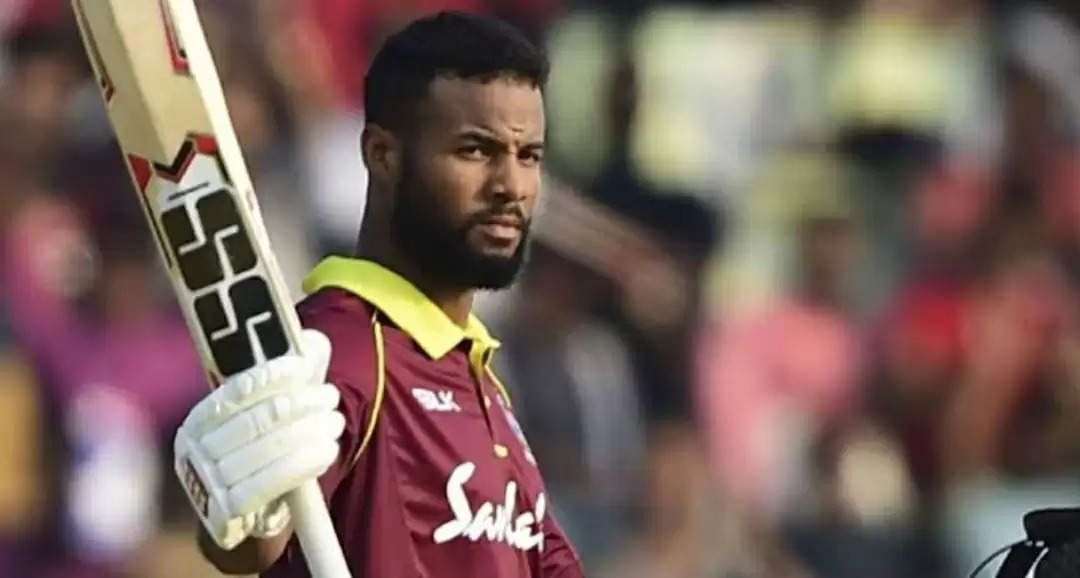 West Indies opener Shai Hope is quite “sure” that some of his teammates will have Thursday’s IPL auction on their minds during the second ODI against India but for him it will be “secondary” to beating Virat Kohli and Rohit Sharma in the 2019 top run-getters’ list.

Hope, a chip of the old bloc, carried his bat through with a century in the first game but one number nugget that could interest the uninitiated is the runs he scored in ODIs this year.

Talk about whether IPL auction will be on his mind, Hope sounded dismissive.

“I am sure it would be but I am sure that’s secondary. We came here to play a series against India so whatever comes secondary is secondary,” Hope said on the eve of the second game.

Shai Hope scored a match-winning century against India at Chennai

“I am sure some of the guys will be looking forward to the auction but we have an India series to play and that’s the main thing right now,” he added.

Is there an added motivation to surpass the Indian superstars?

“Thanks for heads up (on numbers). Obviously I have to ask the bowlers to do some damage as well,” he smilingly replied

“As a batsman, you want to contribute as much as possible and if it helps the team win even more satisfying. Hopefully, we can remove them at the top and then get some big runs and get to the top of that run getters list,” he said.

But not for once during the Chennai chase did he feel like upping the ante to impress franchises?

Also Read: Shimron Hetmyer: It was my best knock

“It was about pacing my innings to the team’s requirement. We only had to chase 280 and we wanted everyone to be on the same page,” he explained.

“My role was to stay, knock around and not give any wickets. It’s about doing what the team requires. If the chase required me to step it up, I can do that as well,” said the West Indies’ most consistent batsman in recent times.

A team-man to the core, he doesn’t mind keeping wickets for 50 overs and then batting for another 50.

“It’s a tough job but it takes a toll on the body but I want to remind myself that everyone in the Caribbean is supporting us. If I am required to keep 100 overs and then asked to bat, I am going to do that,” Hope said.

Batting with a flamboyant player like Shimron Hetmyer might make someone feel inferior but Hope knew he had to play a contrasting knock.

“I think it’s difficult for me when you see someone at the other end going so easy. You just want to join the party but I have to keep reminding myself that I can’t let the opposition make inroads.

“If one man is attacking at the other end, it’s not necessary to have a go if the run rate is under control. Key is to be aware of what the team needs.”

Hope made it clear that the ACA VDCA track here would be a challenge for bowlers.

“Looks better for batting. The ball will come on a bit more. I think it will be easier for scoring and bowlers will have more difficult job on this surface.”