The IPL Governing Council, who are slated to meet on Sunday, will hold discussions on the strength of the IPL squads, other than formalising the standard operating procedures (SOPs) for this year’s tournament in UAE. According to the Times of India, each franchise would have to form their own bio-bubble upon reaching the United Arab […]
By CricXtasy Staff Fri, 31 Jul 2020 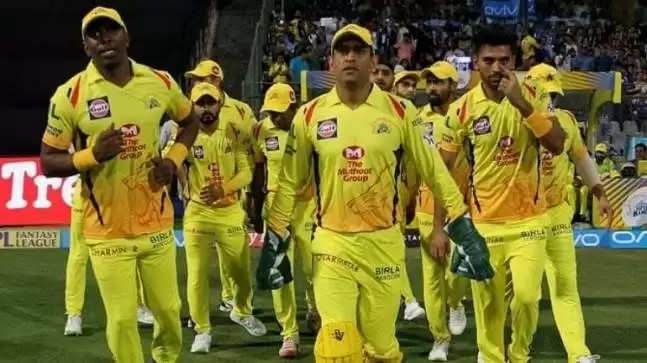 The IPL Governing Council, who are slated to meet on Sunday, will hold discussions on the strength of the IPL squads, other than formalising the standard operating procedures (SOPs) for this year’s tournament in UAE.

According to the Times of India, each franchise would have to form their own bio-bubble upon reaching the United Arab Emirates, the venue for this year’s IPL, a month ahead of the commencement of the T20 League. Given that an IPL squad generally consists of 25-28 players and 10-15 support staff other than the executives, the franchisees might consider trimming the squad before leaving. In the previous instance of the IPL being played abroad in 2014, each team carried a trimmed squad. Usually, franchises relieve a lot of players in the middle of the season if they aren’t close to selection in the playing XI.

There have been suggestions that the franchises could be asked to limit the number of players to 20. The idea is to keep the dressing room as less crowded as possible. However, the franchises believe that there shouldn’t be any compromise on the number of players.
A senior franchise official told TOI, “If at all there are directions on the squad strength, then the franchises would prefer to prune their non-playing staff. Some franchises will leave this decision to the coach and team management. Ideally, if there is a cap then it should be on the entourage as a whole.”

“On match days, there could be a cap on the number of people a franchise brings to ground. Even a few from the support staff could be asked to stay back in the hotel,” he added.

The arrangement of proper practice facilities is another issue of discussion for the franchises.  With such strict health protocols in place, availability of resources for practice won’t be as easy as it was in 2014. “That’s why the franchises need more players. The teams will be in UAE for nearly two and a half months. Getting net bowlers for so many teams will be tough,” the official said.
The ICC Academy in Dubai has nearly 40 pitches and two full grounds. Even the ground at Abu Dhabi has huge practice facilities. “The franchises can hire the facilities but they need to have resources too. There has to be an SOP on hiring net bowlers and resources,” the official added.

The Chennai Super Kings and the Kolkata Knight Riders plan upon leaving for the UAE earlier than the rest of the franchises. While all other teams are supposed to leave by August 25, CSK are intending to land on Dubai on the 10th of August, and KKR are eyeing a date between August 19-20.

“CSK have been proactive. They had informed the players to be ready to leave on Aug 10. But the delay in SOPs from the BCCI could push that back. Since the Indian government has only allowed repatriation flights now, BCCI is in talks with Emirates Airlines to coordinate with the franchises. But a few franchises are already looking at organizing chartered flights,” a source said.