Is Sourav Ganguly going to be the next ICC chairman?

It was back in 2016 that the current ICC chairman Shashank Manohar had become the first-ever independent chairman of the ICC. It came after he stepped down from the role of the BCCI President. After his first term of two years, he was re-elected for another two-year term unanimously by the ICC. As the per […]
By CricXtasy Staff Fri, 22 May 2020 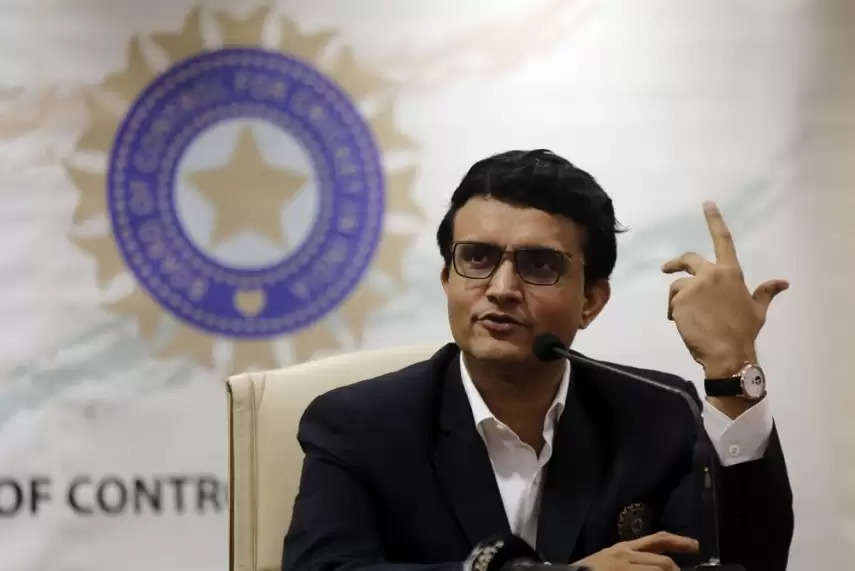 It was back in 2016 that the current ICC chairman Shashank Manohar had become the first-ever independent chairman of the ICC. It came after he stepped down from the role of the BCCI President. After his first term of two years, he was re-elected for another two-year term unanimously by the ICC.

As the per constitution in the ICC, Manohar is eligible for a third and final term. However, the former BCCI head has decided not to renew his term. Hence, his tenure will come to an end after ICC’s annual conference in Cape Town in July later this year. But there remains one speculation that Manohar might just extend his term by a few months considering the crisis that the cricketing world is going due to the COVID-19 pandemic.

But the big question is, is the present BCCI President Sourav Ganguly eyeing the spot of the ICC Chairman? Ever since it was known that Manohar would not extend his tenure and will not stand as a candidate for another term, there was a common perception that the ECB chairman Colin Graves was one of the favourites to fill in that role. However, there seems to be a twist in the tale.

With world cricket frozen at the moment, the BCCI has taken an opportunity to find out the views of most Full Member nations on what they think about Ganguly being the head of the global cricketing body.

While the ICC board is yet to finalize the nomination procedure, the important criterion is that the nominee or the candidate should be a current or a former ICC Director, the one who attends ICC board meetings as a country representative. Moreover, the 15 ICC board directors nominate one candidate each and whichever candidate gets more than two votes is allowed to enter the election.

Ganguly attended the meeting in March which makes him eligible to take part in the ICC elections. He is scheduled to attend the next ICC meet as well on the 28th of May where the agenda would be on the possibility of resumption of cricket.

The former Indian skipper received a vote of confidence from the former South African captain and Cricket South Africa’s (CSA) director of cricket operations Graeme Smith who felt that post this pandemic the ICC might need a strong head and Ganguly is ‘best-positioned’ for that.

“The president (i.e. chairman) of the ICC now becomes a very key position going forward in terms of how the game can progress, and progress at the right level. It would be great to see a cricket man like Sourav Ganguly get into the president (i.e. chairman) role of the ICC. Now it’s even more important to have someone in a role that can provide leadership to cricket; that understands and can navigate the challenges in the game today. Post Covid-19 and with the things that are going to come our way, we need to have strong leadership and I feel like Sourav Ganguly is best positioned for that at the moment. I know him well. I feel that he has got the credibility and the leadership skills and is someone that can really take the game forward,” Smith told the media on a teleconference on Thursday (21st May).

However, Smith isn’t the only man to give Ganguly a thumbs-up for the ICC chairman’s role. Former England captain David Gower admitted that he would not be surprised if Ganguly becomes the chairman of the ICC in the future. He felt the former India captain is already at the helm of affairs in the BCCI which is definitely a bigger job than being the head of the ICC which is also a big honour.

“Sourav has the toughest task imaginable in charge of BCCI, but so far I would say the signs are very good. He has listened, given his own opinion and has pulled strings gently. He is a very, very good man and has those political skills. And if you do a good job as BCCI chief in the future, who knows? Being head of ICC is an honour… but look at where the power is. BCCI is definitely the bigger job,” Gower was quoted saying on the fan chat show Q20 recently, organised by GloFans Off.

Moreover, ESPNCricinfo understands that Ganguly has no opposition from his own colleagues as well. He is likely going to be the first-choice candidate from the BCCI’s side to replace his countryman Manohar. However, there are a couple of other candidates. The BCCI secretary Jay Shah might be nominated as well but he hasn’t attended an ICC board meeting which is a basic criterion. The former BCCI President Anurag Thakur is also eligible to be nominated after he had attended previous ICC meetings during his tenure as the BCCI Head.

A source close to the discussions in the BCCI revealed that if at all Ganguly decides to contest in the elections, he might get a smooth sail with opposition from just a couple of Full members in the ICC.