Jofra Archer ‘s visit to his home could have caused disaster: Ashley Giles

Ashley Giles, former England Cricketer and currently the managing director of the England Men’s Cricket team, criticised Jofra Archer ‘s decision to make a detour from the team’s journey from the Ageas Bowl to Old Trafford to make a brief visit to his home at Brighton, saying that it “could have been a disaster and could […]
By CricXtasy Staff Fri, 17 Jul 2020 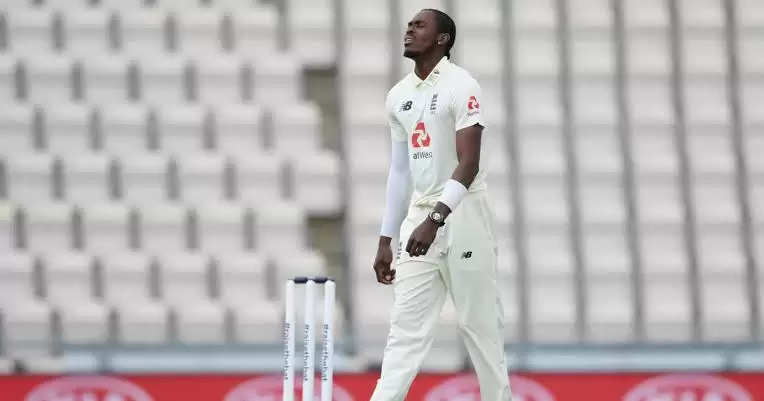 Ashley Giles, former England Cricketer and currently the managing director of the England Men’s Cricket team, criticised Jofra Archer ‘s decision to make a detour from the team’s journey from the Ageas Bowl to Old Trafford to make a brief visit to his home at Brighton, saying that it “could have been a disaster and could cost England Cricket tens of millions of pounds”.

While Archer has maintained that he was at home for only an hour, he is understood to have had contact with at least one other individual. As a result, he exposed himself and, as a consequence, potentially everyone else involved in the series to an increased threat of the COVID-19 virus. Archer is currently in isolation in his hotel room at the ground in Manchester. He will not be allowed any face-to-face contact for five days. He is expected to be reintegrated into the full squad the day after the second Test is scheduled to end. The curtains in his hotel room, looking across the Old Trafford pitch, remained closed on Thursday.

Giles stated that Archer will have to undergo a disciplinary process which could result in him being out from the game a little longer.
“This could have been disaster. The ripple effect from this small act could have cost us tens of millions of pounds. The potential knock on effect I don’t think Jofra could have understood. We made it clear what we expected but maybe he did not quite understand. There has to be consequence to every action and there will be a process we go through. There will be a disciplinary process. That is as much as I want to say on that as it is an employment matter.”

Although, Giles also mentioned that Archer has been a great addition to the team, and that he will learn from his mistake. The former England left arm spinner said, “That balance with support is equally important in this case. We have all made mistakes. Jofra will learn from this. We will support him and move on. I don’t think trust is something lost or gained over one incident. Jofra has been around in this team as long as I have. This is the first issue I have had with him. Jofra has been a very good addition to this team. He is fine young man, incredibly polite, works hard and is a great asset to this team. On this occasion he got it wrong.”

Archer casually mentioned his detour to a member of the support staff at training on Wednesday. That member of the support staff felt it was their duty to inform the medical staff and from there matters escalated quite quickly. Some members of the team management were informed at around 10pm on Wednesday night, while the players were informed at 7.50am on the morning of the game. Archer claims he only saw one other person and they were quickly contacted and tested. The test result was negative.

While the ECB regard the risk of virus transmission as low, their main concern now would be the reaction of other touring teams. If any of those sides, not least Australia, who are understood to be on the brink of confirming their tour in September, conclude that the ECB’s protocols are not sufficient to ensure the safety of their players, there is a possibility they could call off their tours. That would have catastrophic consequences for the finances of the game in England and Wales.

As a result, ECB officials held conversations with their counterparts at Cricket West Indies, the Pakistan Cricket Board, who have already sent their team to England for the 3 Test match series and 3 match T20 series from next month, Cricket Ireland, who play 3 ODIs against the hosts later this month, and Cricket Australia on Thursday. The ECB also contacted the DCMS (the UK government’s Department for Digital, Culture, Media & Sport), who sanctioned this series after the ECB satisfied them about their safety protocols and could, in an extreme case, withdraw their support. Nearly 50,000 people have died from the virus so far in the UK and the country is only now gradually emerging from lockdown.

Giles expressed his gratitude towards the West Indies for touring England to play by saying, “We have a huge amount of respect for the West Indies coming here and playing this series. And risk jeopardising all of that with one decision. We are responsible and accountable. We are asking a lot of the players to stay in these environments for long periods, but it is for good reason. With help from the government and the opposition, these series were set up under these conditions with these protocols and everyone has to abide by them.”

There has been some speculation over the policy of players driving their own cars between venues. The ECB insist this was based on medical advice as it avoids the necessity for players to spend hours on coach journeys breathing the same air.

“The advice we had was that it would be safer to keep players away from each other. If there were an infection and you have everyone on a bus, there would be a problem,” said Giles.
He concluded by saying, “Jofra has demonstrated how sorry he is but it is clearly very disappointing for the whole group. But he is a young man and young men make mistakes. He has to learn from it.”