England and Rajasthan Royals batter- wicketkeeper Jos Buttler credited Kevin Pietersen for paving the way for England Cricketers to take part in the coveted Indian Premier League. England were reluctant to be a part of the tournament at the beginning, and didn’t allow any of their players in 2008. However, the board succumbed to the player […]
By CricXtasy Staff Sun, 24 May 2020 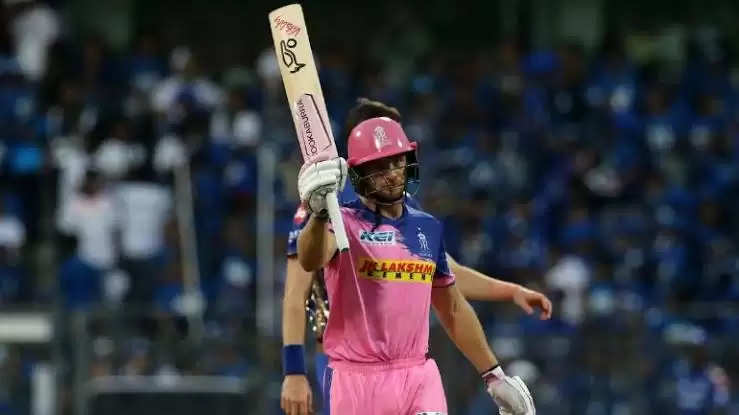 England were reluctant to be a part of the tournament at the beginning, and didn’t allow any of their players in 2008. However, the board succumbed to the player pressure, as the likes Kevin Pietersen and Andrew Flintoff, were bought at a heavy price in the 2009 IPL auctions.

Yesterday, on the BBC podcast named ‘The Doosra’, Buttler, who started his IPL career with Mumbai Indians but was bought by the Rajasthan Royals in the 2018 IPL auction, said, “English cricket has got quite an interesting history with the IPL. The documentary about Kevin Pietersen and how he wanted to get involved and the roadblocks he faced. He really paved the way for a lot of us to go and now play in the IPL with more blessing from English cricket. He is a pioneer in building the steps in place to realise just how important the IPL is for developing cricketers.”

ALSO READ: Hope there is way to schedule IPL later in the year: Jos Buttler

Buttler also admitted that he and his fellow countrymen have learnt a lot by sharing a Cricket field with the best Cricketers in the world in the IPL. He said, “There’s no doubt that it (the IPL) has helped English cricket grow and the numbers of players who were involved in the last few years. It was something I was desperate to play. For me it’s the best tournament in the world, taking out the World Cups.”

Buttler continued, “As a kid growing up that is what you want to play, fantasy cricket. Mix all the teams together what it will be like if Kohli and de Villiers play together. Some of the match-ups you get to see in the IPL are great. Bangalore has been amongst the top three teams with (Virat) Kohli, AB (de Villiers) and (Chris) Gayle coming up and then to see them up against a (Jasprit) Bumrah or a Dale Steyn or (Lasith) Malinga.”