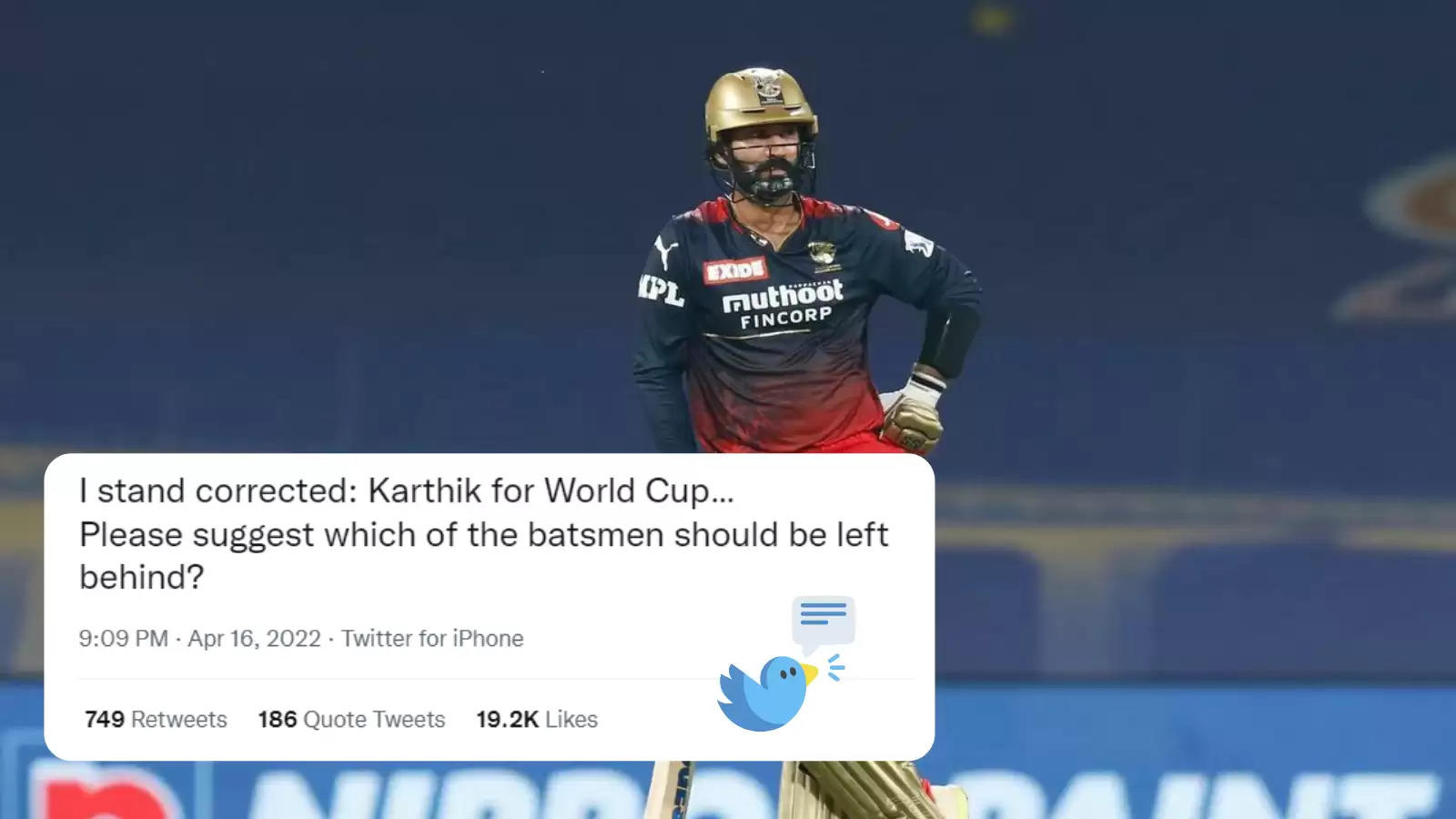 Dinesh Karthik has scored 197 runs so far this season in six innings and has been dismissed only once.

Dinesh Karthik is batting like a dream in the ongoing edition of the Indian Premier League (IPL). He has played the role of a finisher perfectly for the Royal Challengers Bangalore (RCB) and has also won the Player of the Match twice in six matches for his antics with the bat with his recent heroics coming against Delhi Capitals on Saturday (April 16).

Karthik has scored 197 runs so far in six innings at an impeccable strike-rate of 209.57 and has been dismissed only once this season. Not only has he finished the games for RCB, he has pulled them out of trouble and won them matches single-handedly on a few occasions already.

His performance has led to a popular journalist Vikrant Gupta take back his own words. While analysing RCB’s team after the mega auction back in February, he had called Dinesh Karthik a full-time commentator and a part-time cricketer.

However, looking at his consistent and amazing show in IPL 2022, he duly took to Twitter on April 16 (Saturday) and even went on to say that Karthik should be picked in India’s T20 squad for the upcoming World Cup in Australia. At the same time, he also asked suggestions from his followers regarding the batsman who should be dropped at Karthik’s expense.

“I stand corrected: Karthik for World Cup. Please suggest which of the batsmen should be left behind?” Vikrant Gupta’s tweet read.

I stand corrected: Karthik for World Cup…
Please suggest which of the batsmen should be left behind?

After winning the Player of the Match, Dinesh Karthik also admitted that he wants to play for India again and be part of the upcoming T20 World Cup. He was dropped from the ODI side after the 2019 World Cup while he last played a T20I in the blue jersey against Australia back in February 2019.

“I must admit that I have a bigger goal. I have been working really hard. I have been trying to do everything to be a part of the Indian team,” Karthik said in the post-match presentation ceremony.