Karnataka skipper Karun Nair on Friday said K L Rahul’s inclusion is a big boost for his team and he will look to get valuable inputs from the India opener during their semifinal clash against Bengal beginning at the Eden Gardens in Kolkata on Saturday. Rahul has been in sparkling form in the limited overs […]
By PTI Fri, 28 Feb 2020 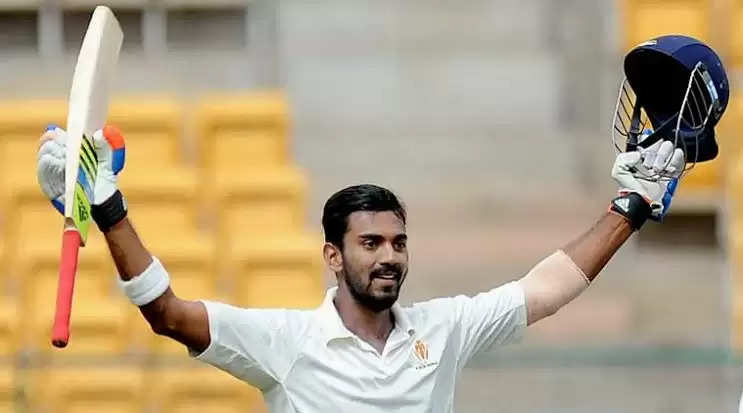 Karnataka skipper Karun Nair on Friday said K L Rahul’s inclusion is a big boost for his team and he will look to get valuable inputs from the India opener during their semifinal clash against Bengal beginning at the Eden Gardens in Kolkata on Saturday.

Rahul has been in sparkling form in the limited overs series in New Zealand. He was adjudged man-of-the-series in their 5-0 whitewash in the T20I series.

“Everyone’s really happy that he (Rahul) is back. It’s a positive sign and a big boost for Karnataka to have him back. For me also, to go to him and talk to him about strategies or any inputs that he will have … We are really looking forward to his inputs and quality on the field,” Nair said.

This is Karnataka’s third straight entry into the semifinals but their campaign so far has not been smooth.

Karnataka narrowly edged past Jammu and Kashmir in the quarterfinals.

After two rain-interrupted days, Karnataka were bundled out for 206 on day three and it looked like a first innings shoot out when Jammu and Kashmir was well-placed at 107 for 2.

But J Suchith triggered the collapse and Prasidh Krishna wiped the tail as Karnataka bundled out J&K for 192 for a crucial first innings lead. Eventually, Karnataka went on to win the match by 167 runs.

Karnataka have Manish Pandey and Nair in a star-studded line-up, which also has 19-year-old opener Devdutt Padikkal but the team is yet to click collectively.

Nair said: “As long as you’re winning games it’s okay for me. If you’re finding ways to win the games then that’s the most important thing. Those are the signs of a champion team. This is a big game. There’s no better time to come and score your highest scores of the season.

“It’s about finding ways to come out of difficult situations and you find people to step up. We have found those individuals. Really happy with the way we have been playing. We made the semis three years in a row. Now it’s time to go one step further and reach the finals,” Nair said of Karnataka, who last won the title two years in a row in 2014-15.

In 2017, Karnataka had lost by a narrow five-run margin to eventual champions Vidarbha in the semifinals and Nair hoped they would make amend for the heartbreak this time.

“Personally I will have good memories. But you don’t get that much personal satisfaction if the team doesn’t win. I will be looking forward to score some runs and try and win the game for the team,” said Nair, who had scored 153 in that match.

The out-of-favour India batsman, who boasts of an unbeaten triple century in Tests, has only 357 runs from eight matches and is yet to score a century this season.

“Personally I’m getting a lot of starts but not been able to convert them. Now it’s a good time to make sure that I get a big one. The pressure situation brings out the best in team. I’m looking forward to contribute so that the team goes through.”

Nair hoped he will be back in the reckoning after scoring big runs.

Asked whether it’s hurting to be not in the selectors’ radar, he said: “Not really. At the moment, I’m focusing on playing one game at a time and scoring big runs for Karnataka.

“When I start scoring big runs every door will open up. It’s the same for everyone. You need to score big runs to get into the next level,” he signed off.