He is most comfortable to bat as an opener but to deliver as a middle order batsman, KL Rahul prepared for the challenge by picking the brains of modern-day great Virat Kohli apart from watching videos of Steve Smith and Kane Williamson. Batting at number five, Rahul conjured up a 52-ball 80 to lead India […]
By PTI Sat, 18 Jan 2020 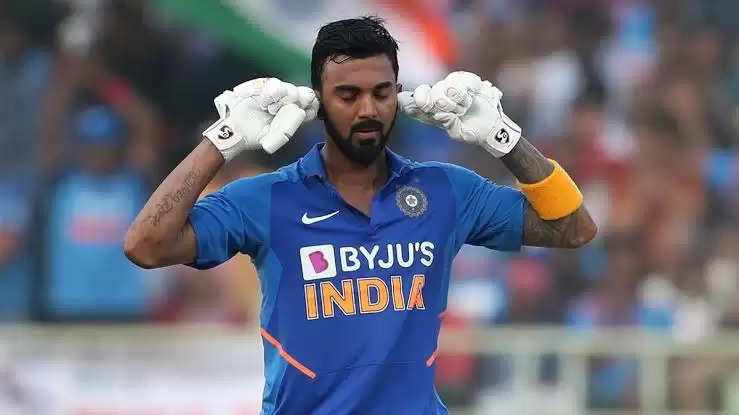 He is most comfortable to bat as an opener but to deliver as a middle order batsman, KL Rahul prepared for the challenge by picking the brains of modern-day great Virat Kohli apart from watching videos of Steve Smith and Kane Williamson.
Batting at number five, Rahul conjured up a 52-ball 80 to lead India to a competitive 340 for six against Australia in the second ODI, which the hosts won by 36 runs to level the series in Rajkot on Friday.In the first ODI, Rahul had batted at number three in place of his skipper Kohli, scoring 47 off 61 balls.

“Kane Williamson is somebody I’ve tried to go back and watch some of his videos and see how he build his innings and how they play in certain situations. The only thing I’m trying to learn is how I can use my game and be better at a certain situation.”

The 27-year-old Rahul insisted that he has got better at reading the game having played in different positions.

According to the Karnataka player, he gets to learn about his batting while playing at number 3,4 and 5.

“It is great challenge. I have been in decent form and very pretty confident about my skill, so coming up to every game and having a new responsibility and a new role is also a blessing, I don’t think a lot of batsmen get that. That is how I look at this and I am enjoying my batting,” he said

“I have always opened the batting so that’s a position I am most comfortable with and I know how to build my innings but I get to learn so much about own self and about my batting and batting as an art, when I get to bat at 3,4,5.”

Rahul emphasized that he is more than willing to bat in any position.

“It’s a team game and anybody, it’s not just me, anybody who’s playing for the country will be willing to take up anything, any role that the team management gives us,” he said.

Meanwhile, Rahul is also relishing the challenge of wicket-keeping in the last two ODIs. Rahul has kept for India U19s at the World Cup and also kept wickets for Karnataka and Indian Premier League.

As regular keeper Rishabh Pant was concussed in the lung-opener at Wankhede, Rahul kept wickets in Mumbai and here. He admitted that keeping was challenging.

“It is (a challenge). Even for me sometimes I couldn’t pick Kuldeep (Yadav) and (Ravindra) Jadeja at the pace he bowls is just pretty difficult, it’s not what I get in my first-class team. I’m just enjoying what’s thrown at me and trying to do the best I can.”

He admitted that it was hard to keep wickets for pace spearhead Jasprit Bumrah.

“Jasprit, I have always felt when I used to bat against him (Jasprit) in the IPL, I have always felt like the best place to be against Jasprit is behind the stumps, but now that I have to keep wickets, it is still hard, the way he bowls, swinging the ball both ways, it is a bit of a wobble.

“And for somebody who is not a regular keeper that can be pretty hard. We have seen for guys who are regular keepers, he is still a nightmare to keep,” he said.