Kohli the best across formats, Babar is also catching up: Mohammad Yousuf

Former Pakistani middle order batsman Mohammad Yousuf has hailed Virat Kohli as the best batsman across all formats, praising him for his consistency, especially in scoring centuries for his team. In an interview to Sportstar, this was what Yousuf had to say about the Indian captain upon being asked what makes him so special, “In today’s […]
By CricXtasy Staff Wed, 13 May 2020 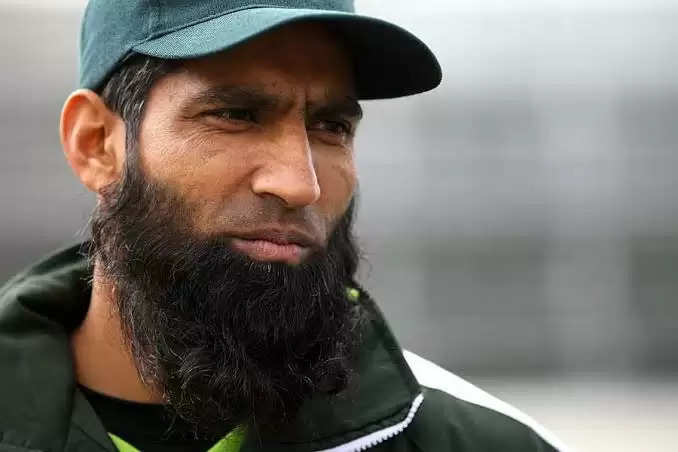 Former Pakistani middle order batsman Mohammad Yousuf has hailed Virat Kohli as the best batsman across all formats, praising him for his consistency, especially in scoring centuries for his team.

In an interview to Sportstar, this was what Yousuf had to say about the Indian captain upon being asked what makes him so special, “In today’s times, there are quite a few good players, namely Rohit Sharma, Joe Root, Steve Smith, Kane Williamson. But Kohli is the best across formats. The way he bats, the way he handles pressure in each innings and scores centuries or the way he plays, that is unbelievable!”

Yousuf, who played 90 Tests and 287 ODIs for Pakistan, scoring 7,530 and 9,717 runs at averages of 52.29 and 41.88, brushed off comparisons between Kohli and newly appointed Pakistan ODI captain Babar Azam, saying, “Babar is young. Many people compare him with Virat Kohli. But I think it is not ideal because Kohli has played more number of matches and he is more experienced, since he has been playing international cricket since 2008-2009. Babar still has a long way to go. Both are excellent players, there is no doubt. If you look at the early stages of their career, both follow a similar trend. But Babar will need some more time because Kohli has played about eight or nine years more than him. There is no doubt that Babar is a solid batsman, but it’s not right to compare as both are outstanding players in their own domain. Kohli is the No.1 at the moment, he is a great player. But Babar is also catching up and with the time, he will gain experience and deliver even better. But you can’t rush things. You must give him more time.”

ALSO READ: I want to get where Virat Kohli is today: Babar Azam

Upon being asked, Yousuf talked about an online session that he conducted with some of the senior players of the Pakistan Cricket team, elaborating, “It’s a new thing and it is certainly a challenging phase. There is no cricket, this is the first time I am seeing such a thing. It’s a difficult time for the world and hope things improve. Such online sessions are good because you get to see each other via Zoom and can discuss cricket. It helps the players boost their self confidence. After all, these players are professionals, so they need to ensure that they start from where things had stopped. That is the best way to go about it, it is about coming out of the tough situation.”
“I told them that such phases would make them mentally strong. This is just like a cricket match, where you are batting on a tough wicket but you need to win the game for the team. It’s a similar situation now. That’s what I told the players as well. Cricket is a real game, and you need to show character in a bid to win in difficult situations. Once the situation improves and cricket resumes, you need to be ready for it, so all these factors are really important.

Expressing his thoughts on the overall state of Pakistan cricket, Yousuf said, “It takes time to regroup. A lot of senior players left together, creating a void. So, the team will take some time to bounce back and the players are taking all the efforts to get used to the system. New players are coming up, so the intent is there. We won the Champions Trophy in 2017 with young players, so hopefully, things will get better soon.”