Kumar Kartikeya made his IPL debut against Rajasthan Royals on April 30.
By CX Writer Mon, 2 May 2022 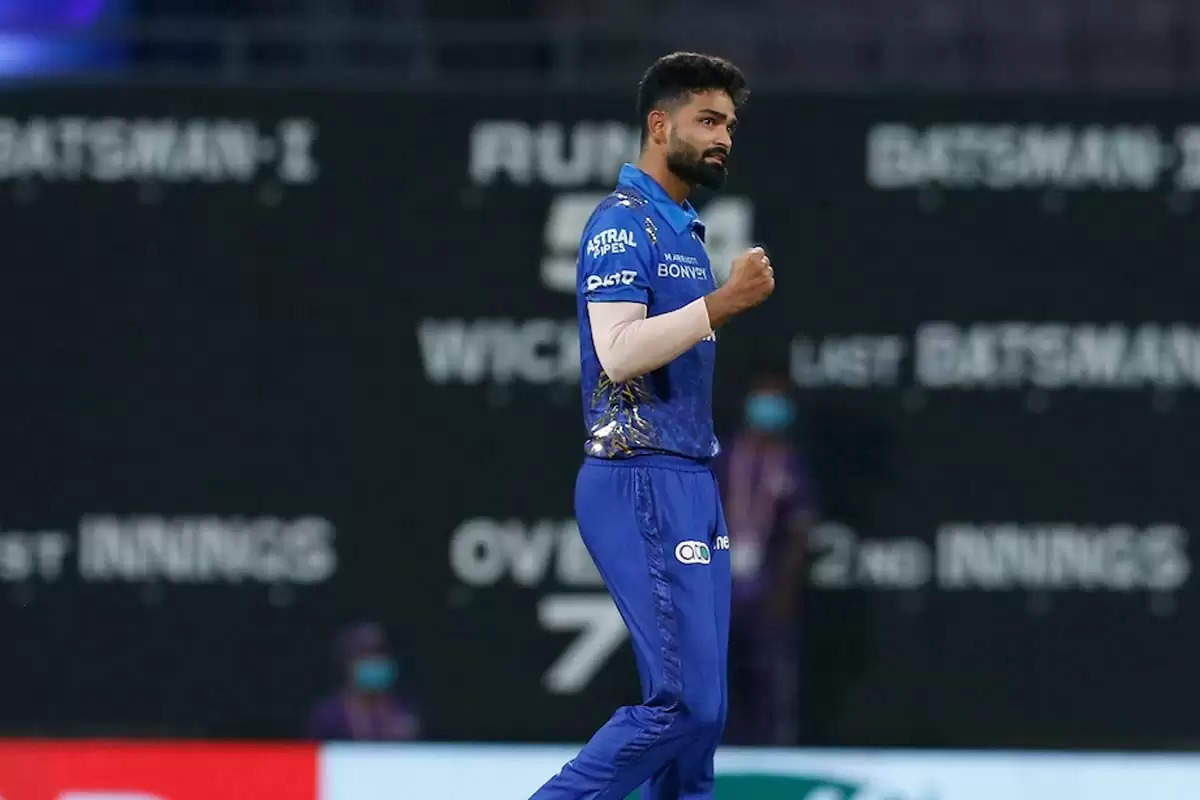 The chinaman bowler returned with impressive figures of 1/19 in his four overs and also picked Sanju Samson's wicket.

Indian Premier League (IPL) has been a platform for young players to showcase their skills and eventually make it to the national side of their respective country. India has benefited a lot, without a doubt, over the years and the ongoing edition is no different either with a lot of talented players staking their claim with some excellent performances.

Mumbai Indians, like every year, have unearthed a few more exciting players this season with Tilak Varma and Dewlad Brevis stepping up for the side. On Saturday (April 30), they handed a debut to Kumar Kartikeya, left-arm chinaman bowler and he also performed well on his debut against Rajasthan Royals.

Kartikeya returned with the figures of 1/19 in his four overs and dismissed the opposition captain Sanju Samson who can take the game away with his explosive batting. Kartikeya who labels himself as a mystery bowler had come into the squad only as a replacement player recently and didn’t waste his first opportunity.

Things haven’t been easy for the 24-year-old. The man hasn’t seen his family members since last nine years as he had decided that he will return home only after doing something as a cricketer. He will finally be able to meet his parents after this IPL season.

“I haven't been home for 9 years. I'd decided to return home only when I achieve something in life. My mom and dad called me frequently, but I was committed. Now finally I'll return home after the IPL. My coach Sanjay sir had suggested my name for Madhya Pradesh. In the first year, my name came up in the Under-23 team as a standby player, and I felt a huge sense of relief to see my name on the list,” Kartikeya said while speaking to Dainik Jagran.

Mumbai Indians went on to register their first win of the season in Kumar Kartikeya’s debut game and certainly, the spinner played his role with an economical spell and a crucial wicket.