Liam Livingstone played an eye-catching cameo for PBKS in their win against GT in IPL 2022.
By Kashish Chadha Tue, 3 May 2022 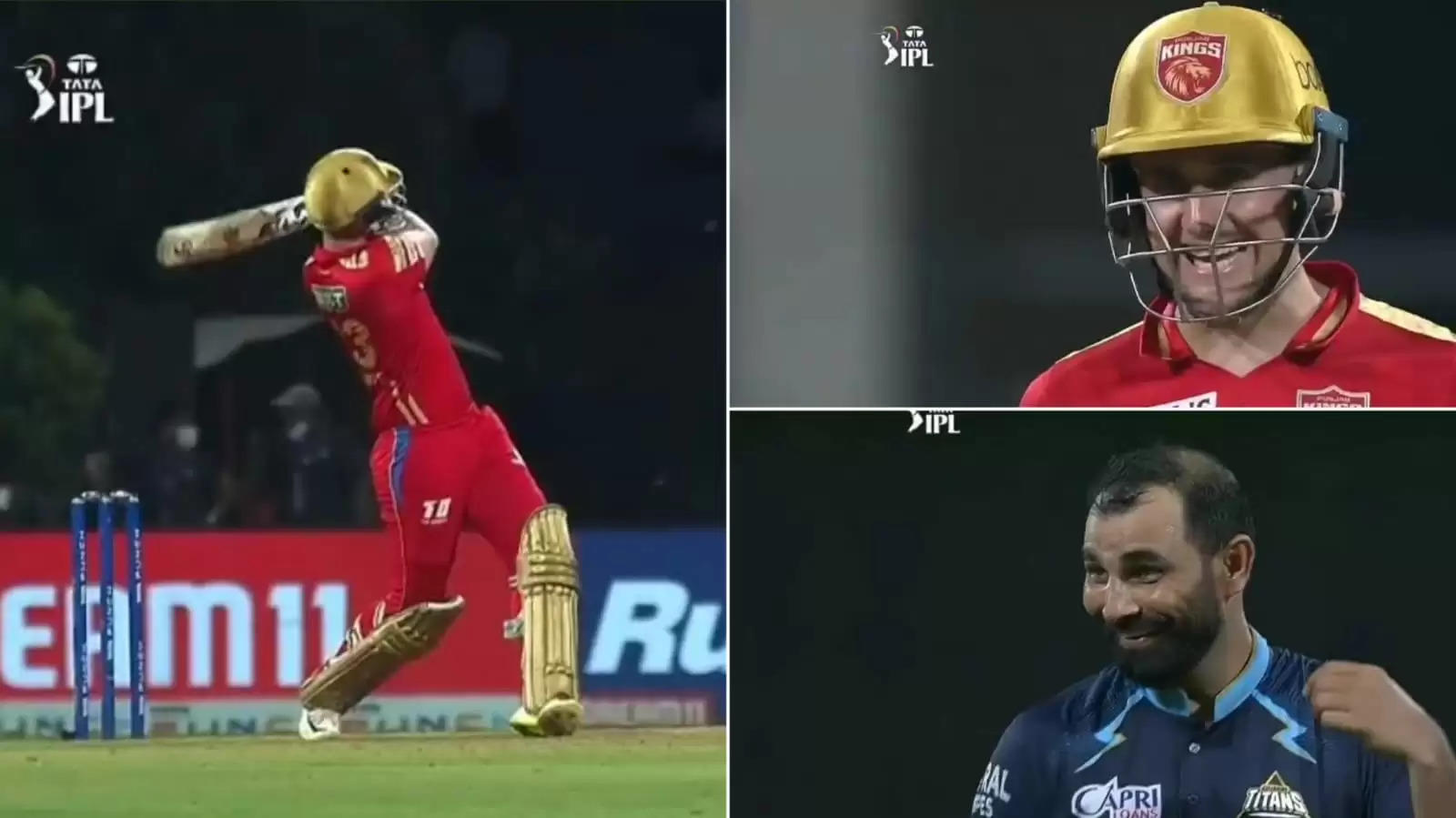 Finding one in his radar from Mohammad Shami, Liam Livingstone hit a jaw-droppingly high six against the Titans quick.

Punjab Kings (PBKS) middle-order batter Liam Livingstone once again sent the ball into the orbit, scaling a whopping 117-metre distance on one of his gigantic sixes hit during the IPL 2022.

It was as monstrous a hit as one would see, with the explosive right-hander giving the length ball from Shami a full monte and leaving his teammates and even the Titans players awestruck about the power he possesses.

Liam Livingstone is known for the biggest of sixes, but this one was eye-catchingly huge even by his standards. The England batter found a length ball angling into his body and smashed it brute force multi rows past the boundary.

The six was seen in full glory in the 16th over in PBKS' run-chase of Titans' 143/8 made in the first half. Well set for a victory, Punjab were eyeing an early finish to provide their NRR as big a boost as they could. To help their case, Liam Livingstone went on a rampage against Shami.

The first ball he faced against the Indian quick, Livingstone found it with his arc and sent it a whopping 117-metre far from his batting crease. It was one of the biggest sixes seen in, not just this year's IPL, but recent T20 history.

It shouldn't take anyone by surprise that Livingstone was involved in one such hit. The aggressive right-hander has built a reputation for being one of contemporary cricket's most brutal six-hitters with his ability to regularly get the sailing over the in-field.

What would've also not surprised anyone is that the 28-year-old didn't settle for just one six, as he kept a wood over Shami on the successive balls and ended with a rare hat-trick of maximums to help PBKS close out the fixture with an easy win.

The next ball after the 117-metre hit was a full-toss down leg from Shami and Liam Livingstone duly dispatched it for another maximum, before top-edging a bouncer from the pacer for a six over fine-leg to complete the perfect trio.